The meeting between the head of the Roman-Catholic Church Pope Francis and Patriarch of Moscow and all Russia Kirill in Cuba, on 12 February, is historic and from it we can expect warming up of relations between the two churches, but not the making of important decisions, is an estimate agreed by the analysts. 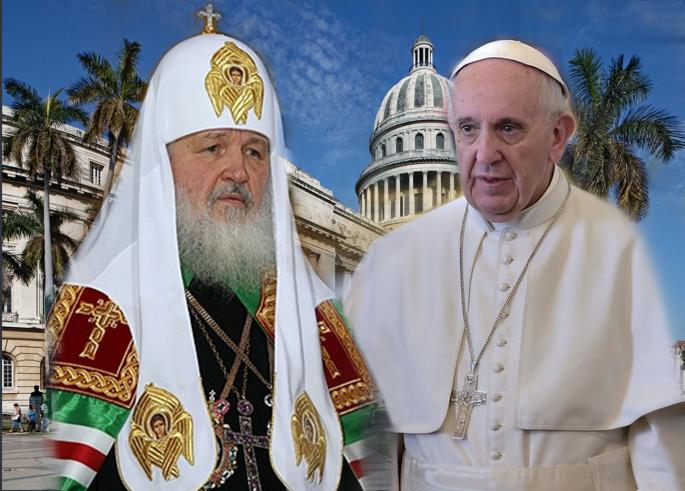 The meeting between the head of the Roman-Catholic Church Pope Francis and Patriarch of Moscow and all Russia Kirill in Cuba, on 12 February, is historic and from it we can expect warming up of relations between the two churches, but not the making of important decisions, is an estimate agreed by the analysts, but they disagree on the impact of the meeting on the relationship between the Serbian Orthodox Church and the Chatolic Church and the potential visit to Belgrade by the Pope.

President of the Centre for Research of Religion, Politics and Society in Novi Sad, Nikola Knezevic, in his statement given to Tanjug media service says that he thinks that the meeting will have some impact on the relations between the SOC and the Catholic Church, whilst the associate of Institute for Newer History of Serbia, Aleksandar Rakovic, thinks that there will be very little impact on the relationship between the two Churches.

“We have to keep in mind that the Serbian Orthodox Church, although independent and autocephalous, regards the thoughts of Patriarch Kirill very highly and has a very good and strong relationship with Russian Orthodox Church”, Knezevic said.

He pointed out that it’s very clear that the deciding influence on the relations between SOC and Roman-Catholic Church will be the work of the mixed commission established to to discuss Alojzije Stepinac and that it will also influence the potential visit of the Pope to Serbia.

“Thus, the resolution of unresolved issues from the past, that burden the relations between SOC and the Vatican, through the workings of the mixed commission is what will be the deciding factor on the Pope’s visit” Knezevic said.

In any case, he highlighted that it is very important for that visit to occur as that, in its own way, also burdens the relations between Croatia and Serbia, two brotherly, geographically and culturally close people.

“We have to admit that the situation in the region is not at all naive, seeing the escalation of nationalism which is coming from the political extreme right circles” he stated.

On the other hand, Rakovic says that the meeting of the Russian Patriarch and the Pope from Rome will not particularily affect the relations between SOC and the Roman-Catholic Church.

“It seems to me, that a certain dose of misapprehension exists in our country, that this meeting will bring about the deepening of relations and cooperation of Roman-Catholic Church and SOC in the direction that would bring about the visit by the Pope to Belgrade, Serbia. That is not going to happen and this meeting has nothing to do with it and it shouldn’t be interpreted as such” Rakovic said.

He thinks thay the SOC has an unresolved question with the Roman-Catholic Church – the question of canonisation of Stepinac, something that will only now be discussed within the framework of the mixed commission.

“We will see where the result of that dialogue between the SOC and Roman-Catholic Church will lead to, as that is a burning hot and controversial issue, the issue of canonisation of Stepinac, who was the leader of Roman-Catholic Church in the Ustashe led Independent State of Croatia”, Rakovic summed up.

Talking about the meeting itself, both guests at Tanjug state that it is an historical moment in every sense of the word, without any doubts, which has apparently been in planning for two decades.

“We are talking about a meeting of representatives from the two oldest Christian denominations. Understandably, Patriarch Kirill doesn’t represent all Orthodox countries but he does represent the largest Orthodox Church and in that context the meaningfulness of this meeting is great, especially as it is the first meeting ever of the two heads of the two Churches. In some romantic aspect, this is the meeting betwen the new and old Rome, two sisterly Churches that carry the ballast of historical and political conflicts” Knezevic said.

He reminds us that this meeting definitely has a concrete target – that is bringing to the media’s attention the plight of Christians in the Middle East, Africa and in the world in general, the situation which the Pope had called “genocidal” at one point.

“A big number of Christians, due to the advances of Islamic extremism, is facing a situation with no way out. Whilst the Western countries accept the migrants from Syria and Iraq with both arms open, in those countries, as well as Nigeria and Somalia, the persecution of Christians is being conducted on an unprecedented scale” he noted.

He believes that the heads of the two religions, will talk about how to stop this violence.

“Of course, in these kinds of talks, there should be an inclusion of the third Christian denomination, which is the second largest in size – the Protestants, who, apart from the Roman-Catholics have the most resources for solving these issues. This visit can also have implications in some sort of thawing of relations between Russia and the West” he stated.

He also reminded of the fact that Putin and the Pope Francis had a meeting themselves last year and seeing that the relations between the Church and the government in Russia are very strong and that their meeting was the first step towards this one.

Patriarch Kirill and the Pope Francis decided to leave the unresolved issues aside, such as the influence of both Churches in Ukraine and unite around the currently biggest problem which transends all denominational divides i represents a threat to Christianity as a while” Knezevic said.

Rakovic though thinks that the meeting between the two heads of the two Churches can contribute towards the thawing of relations between the Roman-Catholic Church and the Russian Orthodox Church.

“This meeting was being planned, as we hear from the sources within the Roman-Catholic Church, for full 20 years. That is a long period of time” said Rakovic and explains that the meeting didn’t take place because the Russian Orthodox Church insisted that problems exist with the illegitimate proselytism of the Roman-Catholic Church on the territory of the Moscow Patriarchy.

This is, he points out, a chance to discuss this and other topics, whilst as we can see from the sources close to both Churches, there will be discussion about the crisis in the Middle East and the persecution of Christians that is going on in that region.