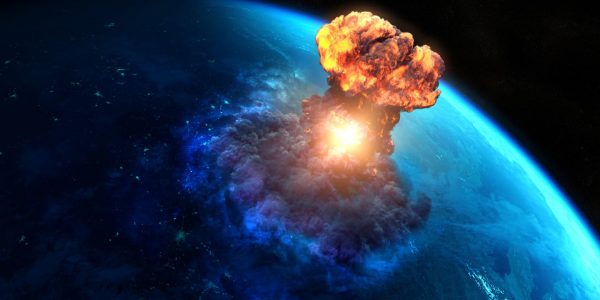 At the end of the nineteenth century, Lord Palmerston stated what he thought was obvious, that “England has no eternal friends, England has no perpetual enemies, England has only eternal and perpetual interests.” Palmerston was saying that national interests should drive the relationships with foreigners. A nation will have amicable relations most of the time with some countries and difficult relations with some others, but the bottom line should always be what is beneficial for one’s own country and people.

If Palmerston were alive today and observing the relationship of the United States of America with the rest of the world, he might well find Washington to be an exception to his rule. The U.S., to be sure, has been adept at turning adversaries into enemies and disappointing friends, and it is all done with a glib assurance that doing so will somehow bring democracy and freedom to all. Indeed, either neoliberal democracy promotion or the neoconservative version of the same have been seen as an overriding and compelling interest during the past twenty years even though the policies themselves have been disastrous and have only damaged the real interests of the American people.

The U.S. relationship with Israel is, for example, driven by a powerful and wealthy domestic lobby rather than by any common interests at all yet it is regularly falsely touted as being between two “close allies” and “best friends.” It has cost Americans hundreds of billions of dollars in subsidies for the Jewish state and Israeli influence over U.S. policy in the Middle East region has led to catastrophic military interventions in Afghanistan, Lebanon, Iraq, Syria, Mogadishu and Libya. Currently, Israel is agitating for U.S. action against the nonexistent Iranian “threat” while also unleashing its lobby in the United States to make illegal criticism of any of its war crimes, effectively curtailing freedom of speech and association for all Americans.

Far more dangerous is the continued excoriation of the Kremlin over the largely mythical Russiagate narrative. Congress has recently approved a bill that would give to Ukraine $300 million in supplementary military assistance to use against Russia. The money and authorization appear in the House of Representatives version of the national defense authorization act (NDAA) that passed last week.

The bill is a renewal of the controversial Ukraine Security Assistance Initiativethat Donald Trump allegedly manipulated to bring about an investigation of Joe Biden’s son Hunter. The new version expands on the former assistance package to include coastal defense cruise missiles and anti-ship missiles as offensive weapons that are acceptable for export to Kiev. It also authorizes an additional $50 million in military assistance on top of the $250 million congress had granted in last year’s bill, “of which $100 million would be available only for lethal assistance.”

Ukraine sought the money and arms to counter Russian naval dominance in the Black Sea through its base at Sevastopol in the Crimea. One year ago the Russian navy captured three Ukrainian warships and Kiev was unable to push back against Moscow because it lacked weapons designed to attack ships. Now it will have them and presumably it will use them. How Russia will react is unknowable.

Dmytro Kuleba, Ukraine’s Deputy Prime Minister for European and Euro-Atlantic Integration, has been in Washington lobbying for the additional military assistance. He has had considerable success, particularly as there is bipartisan support in Congress for aid to Kiev and also because the Trump Departments of Defense and State as well as the National Security Council are all on board in countering the “Russian threat” in the Black Sea. President Trump signed the NDAA last week, which completed the process.

Far more ominously, Kuleba and his interlocutors in the administration and congress have been revisiting a proposal first surfaced under Bill Clinton, that Ukraine and Georgia should be admitted to the NATO alliance. Like the $300 million in military aid, there appears to be considerable bipartisan support for such a move. NATO already has a major presence on the Black Sea with Bulgaria, Romania and Turkey all members. Adding Ukraine and Georgia would completely isolate the Russian presence and Moscow would undoubtedly see it as an existential threat.

The NDAA also provides seed money to initiate the so-called Space Force, which President Trump inaugurated by describing it as “the world’s newest war-fighting domain. Amid grave threats to our national security, American superiority in space is absolutely vital. We’re leading, but we’re not leading by enough, but very shortly we’ll be leading by a lot. The Space Force will help us deter aggression and control the ultimate high ground.”

If that isn’t bad enough, the new defense budget ominously also requires the Trump administration to impose sanctions “with respect to provision of certain vessels for the construction of certain Russian energy export pipelines.” Last week the House of Representatives and Senate approved specific sanctions relating to the companies and governments that are collaborating on the construction of the Nord Stream 2 pipeline that will cross the Baltic Sea from Vyborg to Greifswald to connect Germany with Russian natural gas. President Trump has signed off on the legislation.

The United States has opposed the project ever since it was first mooted, claiming that it will make Europe “hostage” to Russian energy, will enrich the Russian government, and will also empower Russian President Vladimir Putin to be more aggressive. Engineering companies that will be providing services such as pipe-laying will be targeted by Washington as the Trump administration tries to halt the completion of the $10.5 billion project.

Now that the NDAA has been signed, the Trump administration has 60 days to identify companies, individuals and even foreign governments that have in some way provided services or assistance to the pipeline project. Sanctions would block individuals from travel to the United States and would freeze bank accounts and other tangible property that would be identified by the U.S. Treasury. One company that will definitely be targeted for sanctions is the Switzerland-based Allseas, which has been contracted with by Russia’s Gazprom to build the offshore section of pipeline. It has suspended work on the project while it examines the implications of the sanctions.

Bear in mind that Nord Stream 2 is a peaceful commercial project between two countries that have friendly relations, making the threats implicit in the U.S. reaction more than somewhat inappropriate. Increased U.S. sanctions against Russia itself are also believed to be a possibility and there has even been some suggestion that the German government and its energy ministry might be sanctioned. This has predictably resulted in pushback from Germany, normally a country that is inclined to go along with any and all American initiatives. Last week German Foreign Minister Heiko Maas asked Congress not to meddle in European energy policy, saying “We think this is unacceptable, because it is ultimately a move to influence autonomous decisions that are made in Europe. European energy policy is decided in Europe, not in the U.S.”

German Bundestag member Andreas Nick warned that “It’s an issue of national sovereignty, and it is potentially a liability for trans-Atlantic relations.” That Trump is needlessly alienating important countries like Germany that are genuine allies, unlike Israel and Saudi Arabia, over an issue that is not an actual American interest is unfortunate. It makes one think that the wheels have definitely come off the cart in Washington.

The point is that Donald Trump, Mike Pompeo, Mike Pence and Mike Esper (admittedly too many Mikes) wouldn’t know a national interest if it hit them in the face. Their politicization of policy to “win in 2020” promoting apocalyptic nonsense like war in space has also reinforced an existing tunnel vision on what Russia under Vladimir Putin is all about that is extremely dangerous. Admittedly, Team Trump throws out sanctions in all directions with reckless abandon, mostly aimed at Russia, Iran, North Korea and, the current favorite, Venezuela. No one is immune. But the escalation going from sanctions to arming the Kremlin’s enemies is both reckless and pointless. Russia will definitely strike back if it is attacked, make no mistake about that, and war could easily escalate with tragic consequences for all of us. That war is perhaps becoming thinkable is in itself deplorable, with Business Insider running a recent piece on surviving a nuclear attack. New homes in target America will likely soon come equipped with bomb shelters, just like in the 1950s.

This latest action is crossing a red line in both Russia and Germany. If US do it just one more time, Russia will give Assad S-300 definitely, and Germany will promptly react against the US next time they are doing it without hesitation!!

USrael…Your Empire is done…Finished…Take it like a man & accept the reality on the Ground…All your Drama & Theatre perhaps still works for a Vast Majority of Americans…but the Rest of the World gets Kinda fed up with your Bullshit….Isolate & Boycott the Divided States of Murica…saves a lot of problems…

They pushed and kept pushing Russia into the corner. Do they want to see an aggressive Russia? Pray that does not happen, they have not seen what Russia really looks like when it is aggressive, I am talking about “real aggressive”. If they think that Russia is aggressive like in Georgia, Crimea or Syria, then this time they will be very surprised. Hitler had thought the same thing and the dream of a 1000 year reich was stopped a few miles from Moscow.

Without a doubt. It’s like they can’t figure out that Vladimir Putin is actually a cautious leader. It seems that they want the Russian electorate to elect the second coming of Ivan the Terrible in 2024.

The U.S gestapo totalitarian regime it’s playing with fire, i had been saying this so many times… but the brainwashing of their citizens (of some of them) it’s almost unbreakable at this point, they need to “Feel” the consequences to see that they are weakest society on earth. Hollywood implanted this fictional idea of “superiority” in them (along with many other government propaganda tools), arrogance it’s a rule in the U.S, blind people marching to their doom.

The American Dream has become a Nightmare. The upper class in the U.S has been disassociated completely from the middle and lower class.

And national interest is further defined as instability elsewhere. Keep the hate going, keep the others divided, and sow the seeds of future conflict. Always use local partners. lol

It comes mostly from fracking. Germany flat out stated no to that.

They in Washington knows very so well that doing so won’t make freedom and thing they call democracy for all.

Russia needs to.keep US surrounded and in check from space as well

Bolton & boomer generals in Pentagon sets up fake attacks in gulf to force Trump attack Iran. They are the puppets of ruling elite of US.

Just bomb washington and langley,that will help a lot

President Putin has stated that they have the ships in reserve in order to complete the pipeline. So fuck the USadmin. Time will be wasted swapping the feeble companies currently involved with the right stuff. Apart from that, the USadmin has put all europeans on notice that they care little for europeans and will happily see them either freeze to death or fleeced of their money buying over expensive, highly destructive fracked gas from american shysters who fucked over their own people and now want to fuck over the europeans to save their bloated economy.

e have US divers with precision lasers.