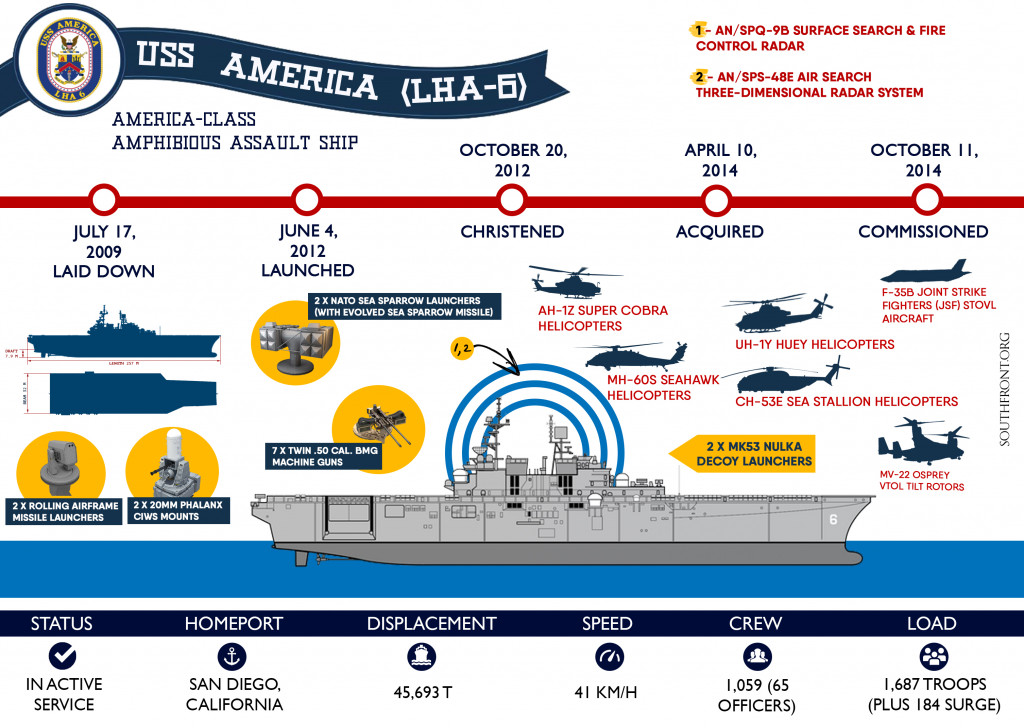 There was no small amount of controversy over the new vessel when it was first proposed. Many senior officers in the USMC argued that an amphibious assault ship meant to head an MEU/ARG must have amphibious assault capability. Without a well deck, the new LHA cannot launch and recover marines via LCAC hovercraft, LCU landing craft or AAVs, and thus it possesses no inherent amphibious capability. This renders the vessel less flexible than a Landing Helicopter Dock (LHD) of comparable size, such as the USS Wasp Class.  This new class of LHA will use the added space traditionally taken up by a well deck and heavy vehicle stowage for increased aircraft hangar space, and storage for aviation maintenance and fuel. Read more…