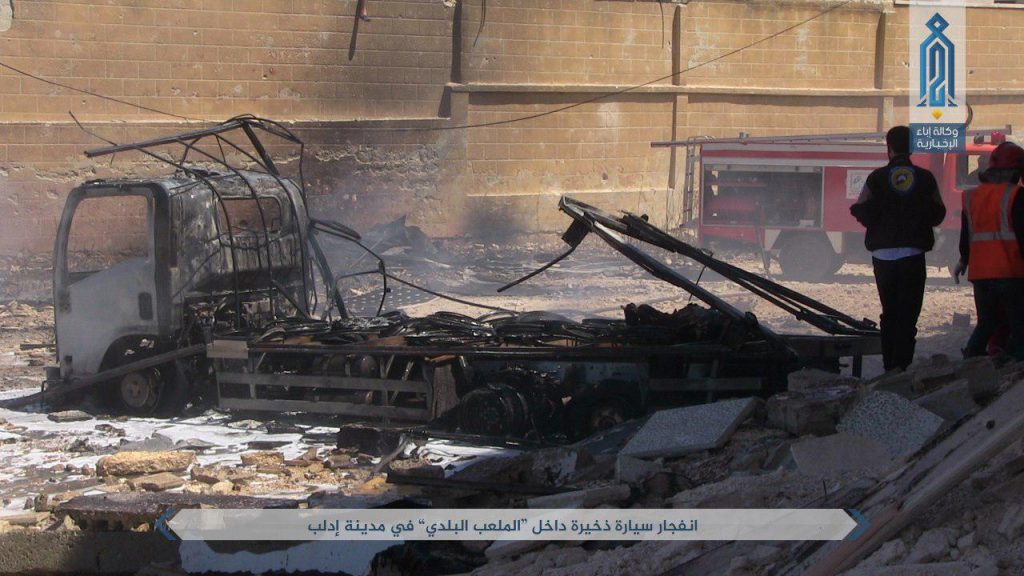 According to local sources the truck belongs to HTS, and 10 HTS fighters were killed and many others were injured by the explosion. However, so far HTS didn’t admit that the truck belongs it, and it’s still unknown if this was an accident or a planned attack.

Opposition sources reveled that HTS turned the football stadium into a military base. According to the source the stadium includes a training field, an ammo depot and a fuel storages facility for HTS.

HTS was accused of storing its ammunition in hospitals and schools in the eastern part of Aleppo. After the Syrian Arab Army (SAA) captured Aleppo city loads of weapons and ammunitions were discovered in schools. Furthermore, the SAA revealed that HTS used to locate its headquarters right next to hospitals.

On July 23, HTS took over Idlib city, since then opposition and local sources reported that HTS deployed many armed unites into the civilian areas inside the city. 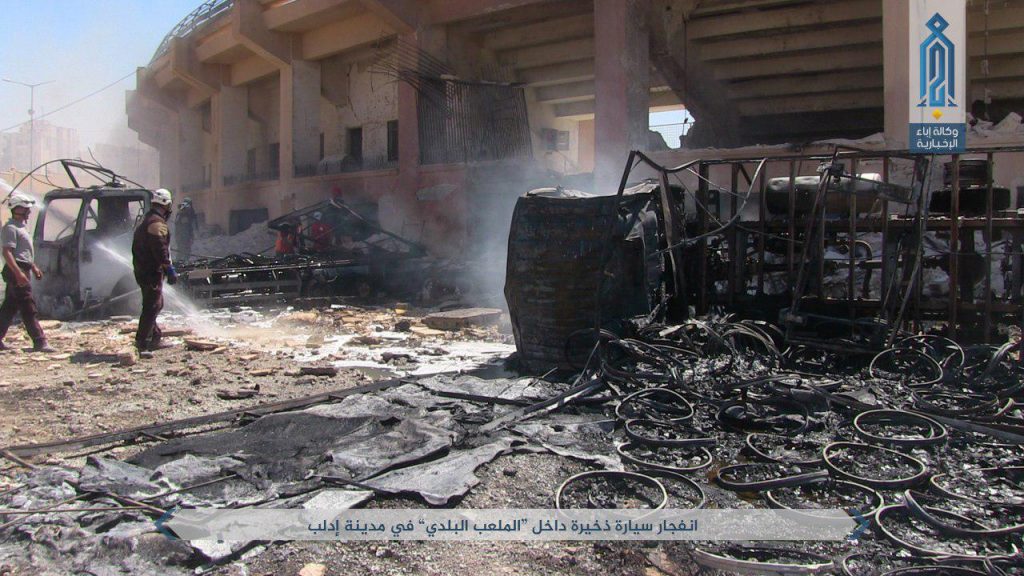 Is History Being Made In Sochi Between Erdogan And Putin?

Not even the weapons HTS uses like their user. Also noteworthy is how the terrorists have converted civilian infrastructure into weapons. Hospitals, football stadiums, what next, an ice cream shop?!

They were possibly transporting some of their apparatus to fake a chemical attack and 10 white helmets fighters sounds about right.

On the other hand, the many countries, organisations, fighting terrorists, THEY have enough arms to kill all terrorists. Now they have to find the will to use them consistently.

The West will never do that whilst controlled by Zionist Jews. Israel controls Western politicians with paedophilia and money.

Who are this terrorist supporting civilians don’t like them. Britain and USA had abandoned them.Turkey, Jordan,Israel and Saudi Arabia has been exposed every one knows their traitor backstabbing hidden agendas.SAA and allies must wipe out all the remaining rats before any reconciliation.If not their will sabotage Syria.

Well, if I were the commander of an armed resistance group and my enemy has complete controls of the skies I would put my HQ’s and ammo dumps right next to schools and hospitals too. As my only defense would be obfuscation and civilian shields. It’s a harsh and terrible thing to do, but in asymmetrical warfare a fair fight should be the least of one’s priorities. In that sense I cannot blame Al Qaida for doing the same. Only the Western Media for not telling this part of the story.

Also, the death of ten of these Al Qaida thugs is win-win for everyone as far as I’m concerned.

Yes…. But of course, it’s ONLY an international crime when the enemies of America and Israel do it. Then they have to collateral damage civilians because the terrorists (or Asaad) are “using human shields.”

10 good terrorists – is good all round.

What a cynical comment of Barba_Papa. There is no “armed resistance group”. There are foreign-funded and supported mercenaries who want to destroy the legitimate government of Syria. There is no “asymmetrical warfare”, and there is no “fair fight” but there are terror groups trying to impose a sectarian terror regime on the people of Syria and eliminate their hard fought freedom.

I hope there were white helmet terrorist among the dead pigs

Maybe Mossad dropped in to say hello and well done.

If anything Mossad dropped in to demand their money back from their failing terror gangs :) Like deals with like.