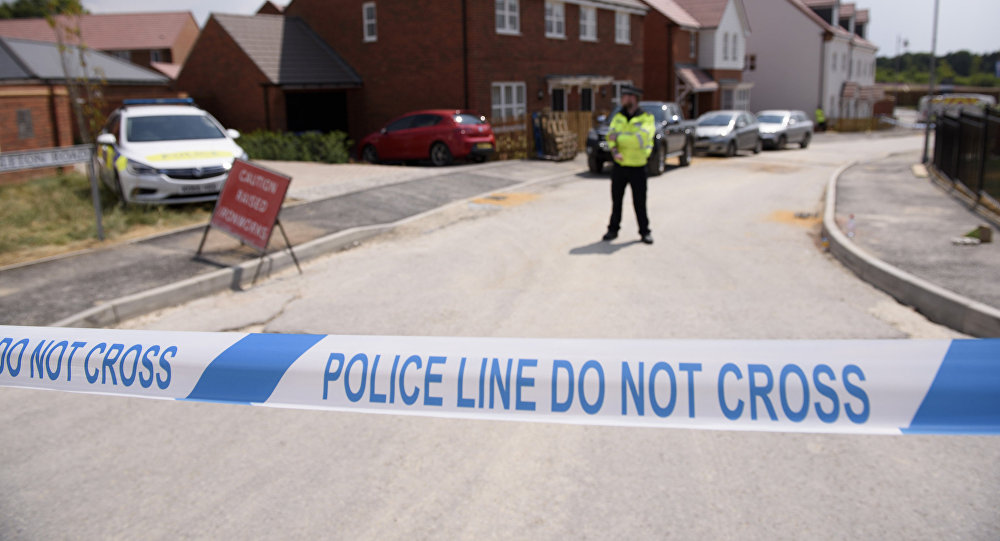 Matthew Rowley, brother of Charlie Rowley the surviving victim of the Novichok poisoning that happened close to two weeks ago speaks to BBC News about the container of the nerve agent which appears to have been a perfume bottle. Metropolitan Police refuse to confirm the claim only stating that the nerve agent was discovered inside a “small bottle.”

On June 30th, Dawn Sturgess was admitted into Hospital after falling ill at home in Amesbury. She passed away on July 8th. One of the last things she did was buy a bottle of alcohol, revealed by CCTV footage. Her partner, Charlie Rowley, was left severely ill.

Investigators believe that the poisoning is linked to the Novichok  attack of former Russian Spy Sergei Skripal and his daughter Yulia in Salisbury, earlier in March this year.

One of the possibilities is that the culprit was discarding a container filled with Novichok and months later Dawn and Charlie picked up unknowingly months later.

The discovery of the perfume bottle containing the nerve agent will allow the Porton Down defence laboratory to test if the substance is from the same batch used to poison Skripal and his daughter.

Experts from the Organisation for the Prohibition of Chemical Weapons were called in to assist and the tests in the Porton Down laboratory concluded that the substance is, in fact, Novichok.

The investigators have seized hundreds of items, and most recently four vehicles in Salisbury and Swindon. Assistant Commissioner Neil Basu, the head of UK counterterror policing describes the search as “one of the most complex and difficult that UK policing has ever faced”. He adds that “the work being carried out is extremely important. Not only are we trying to solve an extremely serious crime that has been committed, but we’re also working to identify any potential outstanding risks to the public; all whilst ensuring that all those involved in the search process are not themselves exposed to any risk of contamination.”

The most recent development in the Skripal case is from July 5th which states that “under Russian surveillance” months before the poisoning, reported by BBC Newsnight reports, the broadcaster also said that Ms. Skripal’s phone has been investigated for signs of malware which have been used to track her movements. The poison was administered via a door handle, something which declassified British Intelligence report shows of a 2000s covert Russian programme training agents in precisely that sort of assassination. Britain accused Russia of poisoning the father and daughter in the first reported use of the Novichok nerve agent in Europe since the Second World War.

Dawn Sturgess seems to have no connection to Skripal and is a victim of the poisoner’s discarded leftover. Her funeral might have to wait months, because her poisoned remains are “property of the Crown” her son, Ewan Hope, has been told. A family friend of the Sturgess said that Dawn has not been given the same care and attention as Skripal because she is a “nobody-alcoholic.” The Sun also reports that the same family friend stated that Dawn was suffering from post-natal depression after her son Aidan was born. Hours before she passed away she went into cardiac arrest for about 30 minutes when her son was quoted to say “I’m worried I’ll lose mum” or that she may suffer severe brain damage, the Sun reports.

The Independent report that a senior government scientific source has told journalists that the nerve agent could have been smuggled through a British airport in a “discreet” container.

Mr. Rowley who has since his collapse and falling ill regained consciousness and has spoken to the police, however no information has been released. His brother, Matthew is extremely upset about his brother’s condition and that his brother is “absolutely not the brother I know”.

It is yet unclear whether the murder of Dawn Sturgess, it is currently a murder since according to the Independent police have launched a murder investigation, and poisoning of Charlie Rowley are related to the Skripal poisoning case or whether the poison is from the same batch which was used on the Russian ex-spy and his daughter. Investigators seem to believe that the most likely scenario is of collateral damage after the discarding of the leftover poison by the culprit.

This saga gets more surreal by the day. Rather like a kids Disney fairy tale cartoon :) And all this with an alleged Soviet Military Grade nerve agent that is said to be ten times more potent than the British developed VX nerve agent that was designed to kill in minutes . Not days or weeks.

It appears that the ‘Novichok ‘ said to have been responsible in Amesbury was only ‘lethal’ after spraying herself with a perfume spray that would be in a far higher concentration that any intended military dispersal method, yet it took the unfortunate woman 8 days to die. Perhaps the Novichok ‘perfume’ is a cheap copy made in Poroshenko’s Ukraine :)

This fable makes no military sense at all, especially when the UK Government said that the nerve agent had a life of circa 50 years. It would therefore be rather potent after a 3 months I would think.

It appears that the person who is responsible has a ‘Licence to Kill ‘ but not very quickly.

Obviously, this Novichok is not very lethal.

As best as I can tell, it appears the Novichok is more like VX, (oil based whose primary mode of exposure is via the skin) as opposed to Sarin (volatile, alcohol based, whose primary mode of exposure is inhalation). As four people have been exposed but only one died, who was of questionable health, it is simply not that lethal. Definitely not 10 times more toxic than VX.

Doubtfull that she “sprayed” herself as the effects would have started within minutes, not hours. That “sprayed” storyline was thought up by the English press. Nobody who knows is actually talking. No idea how the brother knows it was a perfume bottle when the police are only saying a small bottle.

The big unknown question is where/when did Charlie Rowley find the bottle. Four months is a long time after the Skirpal poisoning to find a bottle of Novichok. I would assume weekly collection of garbage cans, but find it hard to believe that the Skirpal poisoners drove serveral kilometers to the next town and threw the bottle out the window in some park, etc., or that Mr. Rowley went “dumpster diving” right after the poisoning but waited four months before sharing his find with his girfriend.

Still a mystery, with the one caveat, we can now say conclusively, this Novichok is not more toxic than VX. In fact it is not a good assassin’s weapon.

Its only really a weapon of propaganda by a failing state and the UK,US,Ukraine,Georgia,Poland et al all fit that bill.

It could also be a weapon of internecine rivalry between various jewish mafia gangs in the UK.

I would have thought that using a ‘perfume spray’ to attack any target would be rather unwise anyway unless the attacker was wearing full NBC (Nuclear,biological,chemical ) kit anyway :) I would have also thought that a better disposal method would have been to throw it into some deep water.

This MI6 script is weak and cliched – and the production is no better.

As Putin would say,This is ABSURD.

“‘Why, sometimes I’ve believed as many as six impossible things before breakfast’ – Alice in Wonderland. The problem for the British narrative in the Skripal case is that one would have to believe way more than six (impossible) things.” – George Galloway

‘Curiouser and Curiouser’: Salisbury, the Skripals & the epic failure of the British Fairy Tale – RT Op-Ed.