Amid widespread reports that China recently successfully tested a hypersonic weapons system, which Beijing later denied and downplayed as a but a “routine spacecraft experiment” – America’s top military officer is calling it a “very significant event” and watershed moment.

After the August test of a hypersonic glide vehicle was uncovered recently by US intelligence, it’s since been reported that there were likely two tests over the summer, with the missile in the August test missing its target by about 24 miles. But that China’s military is this far forward in hypersonics caught the US completely by surprise. “We have no idea how they did this,” one unnamed US official familiar with the test said to the Financial Times.

General Mark Milley, chairman of the Joint Chiefs of Staff, in a Bloomberg TV interview this week alluded to it being akin “to a Sputnik moment”.

“What we saw was a very significant event of a test of a hypersonic weapon system. And it is very concerning,” General Mark Milley, chairman of the Joint Chiefs of Staff, said in an interview for “The David Rubenstein Show: Peer-to-Peer Conversations” on Bloomberg Television. “I don’t know if it’s quite a Sputnik moment, but I think it’s very close to that. It has all of our attention.”

It has the Pentagon and the intelligence community’s attention precisely because it’s been admitted that US capabilities in this advanced tech field are significantly behind.

The Bloomberg report cited Gregory Hayes, CEO of Raytheon Technologies Corp., as pointing out that the US is “at least several years behind” China in developing hypersonic technology. Bloomberg writes further of Milley’s fresh comments:

While Milley stopped short of declaring the weapons test on par with Sputnik — the pioneering 1957 satellite that gave the Soviet Union an early lead in the space race, shocking the U.S. — the comparison showed the depth of concern about Beijing’s work on hypersonic arms. FT initially reported the test was conducted in early August. However, sources familiar with US intelligence assessments say the second test occurred on August 13.

Three people familiar with the hypersonic tests cited in the report said US military officials were “stunned” because China tested weapons that the US does not currently possess.

Meanwhile the US last week held its own series of hypersonics tests in Alaska, with mixed results…

United States has successfully tested hypersonic missile technology, a new weapons system that is already being deployed by China and Russia, the US Navy sayshttps://t.co/lx0SWiaj1I pic.twitter.com/uO21EZEppG

One person said US government space experts were baffled on how the Chinese were able to conduct such tests because they appeared “to defy the laws of physics.”

China orbiting nuclear-capable hypersonic gliders exploits the weakness of US missile defense systems which means the new weapons could potentially strike the US mainland. Washington also has Russia’s capabilities to worry about as well. Russia’s military is arguably the most advanced in the field so far, having conducted multiple tests in various locations, but with at least one alleged hypersonic technology test having gone horribly wrong.

It is.
And China is behind Russia in hypersonic tech…
No further evaluation needed.

Time to lay off the brake fluid bro.
Its bad for you ..

Everything you say verifies your poor character, you are not only smug but ignorant.

This site is polluted with empty headed riffraff that seem allergic to reading. 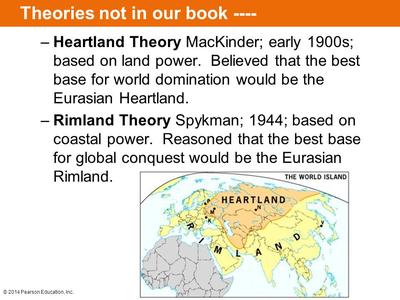 Aside from my issue with behaving like a sperg, I found a strange trend:
https://southfront.org/kiev-brandishes-bayraktar-uav/#comment-828721

Russia and China are still underestimated for sure, must be some cognitive dissonance on the part of those who do not want to know.

american decline will only accelerate. The Russians & Chinese are dead serious. The Iranians and DPRK are not far behind.

Ultimately the west is fked. Parasitic cocaine snorting homos from wall street are too ignorant to care beyond their own self interest.

North Korea already has hypersonic missiles and is one of the most advanced in missile technologies. Then you have to look at Iran with a long relationship with North Korea.

Yes fine. The Russians lead ALL missile technology. I agree with you to an extent.

China produces about 5 million engineers and scientists annually compared to US’s mere 225000. China is launching a lot of satellites these days and will soon have 1000 satellites in the orbits.

My intention is not to downplay China’s achievements at all, the progress that China has made is self-explanatory and cannot be denied.
But:
What they did (in that particular test) was neither extraordinary nor new. It is an old concept dating back to the ’60s (shooting something into orbit and bringing it down within a predetermined area) and the test was conducted a few months ago. So why all the cry and why now? Sputnik moment my ar$e!

The answer to this question lies within the recent decision by Biden admin for not spending huge amounts of money to renew and modernize the US strategic nuclear missiles (counted in trillions), in other words depriving the MIC of fat paychecks and huge bonuses. This Milley guy is just insuring his position in one of those companies which will receive billions to make useless weapons which will never work as intended and aren’t needed.
This leaches grasp anything, even the foams floating on water in order to create a necessity which isn’t there. Sometimes what they do is pure comedy gold for example they boast to have the bestest ABM systems that can counter any missiles fired from Iran, DPRK or Russia but at the same time incessantly whine about the danger that missiles from Iran, DPRK or Russia impose on America and how they need money money money to develop a system to counter those missiles. This time they went full retard with things like “Sputnik moment” which frankly was one of a kind phenomenon and has no comparable thing. That only shows their greed and desperation to milk some cash.

Another funny thing is when they cry about China’s nuclear ICBM stockpile (less than 50), which is very modest compared to what the US possesses (thousands). Moreover, the US has ABM systems which are designed to counter the very same ICBMs (I’m not talking about the efficiency of the system yet), and the amount of ABM systems and their missiles are more than what China has. However it doesn’t stop the talking heads to ask more money to build more because they got to have more to ensure no Chinese ICBM passes through this net. All good and logical, except Russia has many times over more than China has and you won’t hear a peep from the same experts about the necessity of having enough systems to counter Russia ICBMs because the number is so ridiculously high that the first thing anybody will think about is make sure that a war never gets started in the first place. So it’s bad for business to talk about countering Russian ICBMs, but necessary about the Chinese ones.

Don’t think for a second that they are sincere in their “assessment” and certainly don’t get high hopes that such wonder weapons can make them sane or more cautious. Throw them some money and they will shut the F up. It’s just business baby!