Analysts consider that the US lifting of the sanctions against Iran could mean an important breakthrough in the opening of relationships between both nations. 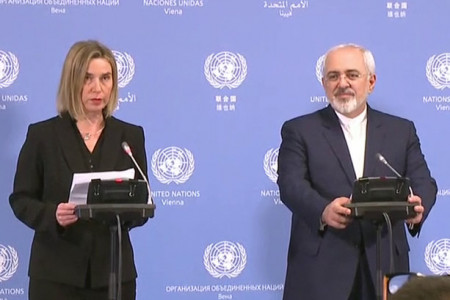 On Saturday, US President Barack Obama signed a an executive order to lift the economic sanctions imposed to Iran by the American government due to the Islamic Republic’s nuclear activities.

The decision came after the IAEA (International Atomic Energy Agency) verified Iran’s full implementation of the necessary requirements for the annulation of the sanctions.

Also, the US Department of Treasury informed on Saturday that the signature of the executive order could allow “the sale of US origin aircraft, parts and services exclusively for commercial passenger aviation to Iran; the import of Iranian-origin carpets and foodstuff; and certain activities conducted by foreign subsidiaries of US companies”.

Scott Bennett, political commentator, told Press TV on Sunday, that the signature of the executive order and the following lifting of the economic sanctions imposed to Iran by the US Department of Treasury is perhaps one of the few big achievements of the Obama administration, if not the only one.

The US Department of the Treasury released a series of documents in which it is established which activities, carried out by non-American persons, are no longer subject of sanction: “financial and banking transactions with individuals and entities set out in Attachment 3 to Annex II of the JCPOA, including the Central Bank of Iran (CBI) and other specified Iranian financial Institutions; the National Iranian Oil Company (NIOC), the Naftiran Intertrade Company (NICO), the National Iranian Tanker Company (NITC), and other specified individuals and entities”.

Bennett also inferred that this new scenario will allow US entrepreneurial class, business class, academics, journalists, professors in schools and colleges and writers to be included in a “fresh reign of growth and moisture and informational exchanges with Iran”.

The political analyst claimed that the US has nothing to be afraid of regarding Iran, adding that soon they are going to realize that Israeli lies and propaganda against the Islamic Republic are nonsense and that will soon be exposed.

The implementation of JCPOA was possible due to the agreement reached on July 14th, 2015.

The unlawful application of sanctions over Iran took place based on the unfounded accusation   that the Islamic Republic has been pursuing civilian objectives in its nuclear energy program.

Iran has continuously denied such allegations.