Like everything else about 45th US President Donald Trump, his inaugural address was a break from established tradition. The fact that the inaugural address of 45th US President Donald Trump was provocative is obvious. The Financial Times newspaper was among first, who showed its initial reaction on his speech.

“For most presidents, a first inaugural address has been the occasion to set out a personal vision of the American idea. You do not necessarily lose points for failing to set out policy in granular detail. You are playing mood-music, making it as stirring as possible and positioning yourself in the grand flow of American history: reminding your audience of an essential continuity. Mr. Trump’s theme was the opposite. From his first words, he stressed discontinuity: that his presidency would be a break.

That audience-shaping attempt, at least, had the right idea. Mr. Trump made a lot of play with the second and first-persons plural: “This is your day”; “We will bring back our jobs.” But he positioned his “great movement” in a way that suggested not that the Washington government was the expression of democracy but its enemy. It was an unusually rancorous, backward look, given what he said about unity and solidarity. It was a dismissal of, rather than a humble doffing of the cap to, history.

[R]ewarmed like a tray of unappetising leftovers, were the familiar slogans of the campaigning Mr. Trump. “The forgotten men and women of our country will be forgotten no longer.” “America will start winning again, winning like never before.” “All talk and no action.” “America first, America first.” They were greeted with what, at least on the television relays, sounded like distinctly halfhearted applause.

And here – during his sporadic attempts at the high style – were some awkwardly half-formed figures of speech. To say “we stand at the birth of a new millennium” sounds grand but, unless you have a 1,000-year regime in mind, if you can say that in 2017 you can say it any time you like. “We are one nation and their pain is our pain” would have worked if “they” had been specified. It wasn’t.

He spoke of “rusted-out factories scattered like tombstones across the landscape of our nation”; of how “a new national pride will stir ourselves (sic), lift our sights and heal our divisions”; of how “a new vision will govern”; of how “we will shine for everyone to follow”; of how “the wealth, strength and confidence of our country has dissipated over the horizon”. Each of those phrases is intended to resonate — but each, like a bell cast with a fault, makes a slight clunk.”

“The speech’s most memorable phrase was “American carnage”. As well as being, unfortunately, the title of a thrash metal tour a few years back, it is memorable because it sounds slightly wrong. You want an audience to associate pride, dreams, prosperity, unity, freedom, hope and suchlike with the word “American” — not “carnage”.”

The Trump’s inaugural address was different from established tradition, like everything else about him. He used such words, as bleed, carnage, depletion, disrepair, flush, Islamic, ripped, rusted, sad, sprawl, stealing, stolen, tombstones, trapped, unstoppable, which have never appeared in any US inaugural address before this moment.

Even Trump‘s special advisor on regulatory reform Carl Icahn was stunned by his unorthodox speech.

“Donald surprised me coming on so strongly about the establishment. I admire him for doing that,” Icahn told CNBC. “I admire him for not just trying to say, ‘Wow. Let’s smooth it over. Let’s be buddies.’ I mean, he came on extremely strongly and he’s giving you a look at what the future, I think, is going to be.”

According to Icahn, Trump’s confrontational approach may be a good thing as it will promote changes.

Time will tell whether Trump will translate his promises into actions and follow up with his belligerent speech.

Reality is hard, but the truth will free us.

Not too many people are around that remember President Reagan.
With that being said, President Reagan was the last ‘actual’ leader that we have had in 27 years, ever since Reagan, we have had one dimwit after another in succession that has done nothing but screwed over the World….

So, people don’t know what it’s like to have an actual president.
Mr. Trump is a breath of fresh air… Finally, a leader that actually gives a fk about the country and not his checkbook, or a stupid social agenda(and nothing but a social agenda for that matter).

Anyways, A Trump presidency will prove that there are indeed leaders out there, and I’m also pretty confident that the syrian issue will come to a swift conclusion very soon.

Lol Reagan you must be joking for that was the beginning of the end of the America we knew, now lets see he cut taxes on the top and put them on the middleclass and working poor not once but twice leveling the playing field he brayed, then come to Washington and let us show you how to move your jobs out of the country and make more profit while we change the tax code so you can park your profits off-shore accounts and the jobs flowed out of the country by the thousands then the millions, then of course his famous star wars which drove the debt to the moon,oh then lets not forget his guns for drugs that ended up on American streets,no they should have hung the son-of-a-bitch in the middle of his first term…

Did you know that we have the highest corp tax in the world?
Probably not.
Up till around 3 years ago, Japan used to have that honor until they gave up and lowered their tax.
Not that hard to figure this out… Maybe you should switch to websites that are not full of pundits…

Lol damn poor example for look at where Japan is today GDP down the crapper and no growth and surviving by printing more and more money,now its a well proven fact that cutting corporate tax NEVER increased jobs but only added to the debt just another one of those old propaganda lines about GIVE THE WORLD TO THE CORPORATIONS AND WE’LL ALL BE RICH.

mmm, you got it backwards….

Which is ok considering backwards minds…

It was such a nice conversation until you run out of intelligence bye bye..

You and Max are both right , the last good guy was JFK , although Regan was not vile as Nixon , not bright , but at least casual .

Your right on JFK and another sin Reagan committed was signing the Unemployment Ext. Act which gave companies and corporations the right to steal the workers pension plans, he was nothing but a shill for big business and screw the worker and without a doubt ranks right up in the top percent as being a useless eater one we well could have done without,,…..

I read the speech twice and did not see the word carnage in it. The Financial Times and others, continue to come out of the shadows to show who and what they really are about; they are liars that participate in a worldwide entertainment system, to the detriment of mankind. This system has failed humanity far more than it has helped in my view. They have never been assistance, to the great moments of human history. The only amazing thing about the MSM, is that they are shocked about how many of them or being targeted and killed now; as if they had a sanctified privilege of being different from everybody else.

They were not there when Issac Newton, Thomas Aquinas or Jonas Salk brought true advancement to humanity. They were not involved in the actions of Shakyamuni Buddha, Jesus of Nazareth, Mother Theresa and a host of others that stepped forward to help heal our race. How many have had a fraction of the courage that George Washington and John Paul Jones exhibited, against all the odds and with many drooling to harvest their heads, They never will be representative of those who truly care.

All I hear from the media sources like The Financial Times, looking upon them and their ilk, is they constantly love to reassure the world as to how great they are. Those who have spoken of the events of the day, offered their commentary and lied through their teeth, is nothing new or shiny. But, the Financial Times, if this is what they are really putting out there, can take its’ proper place amongst the ageless line of potion sellers and go jump in a big cold lake.

It was a good point to bring up. Thank you SF. 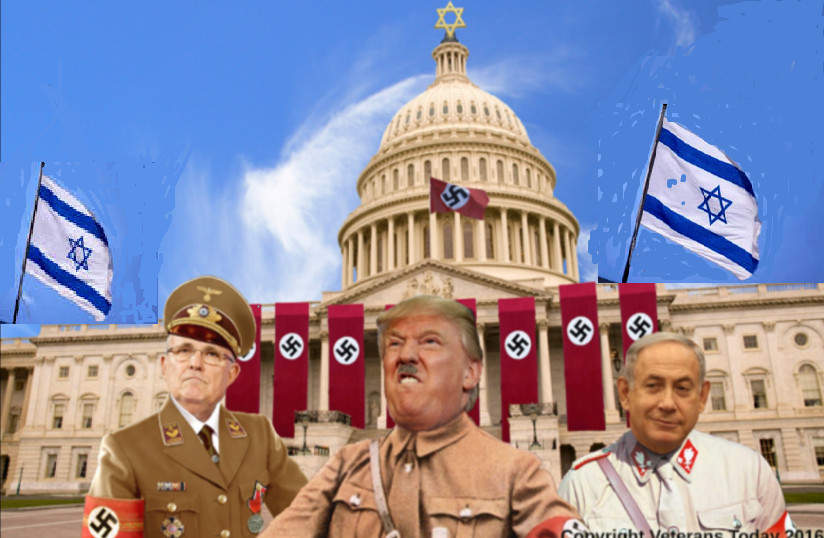