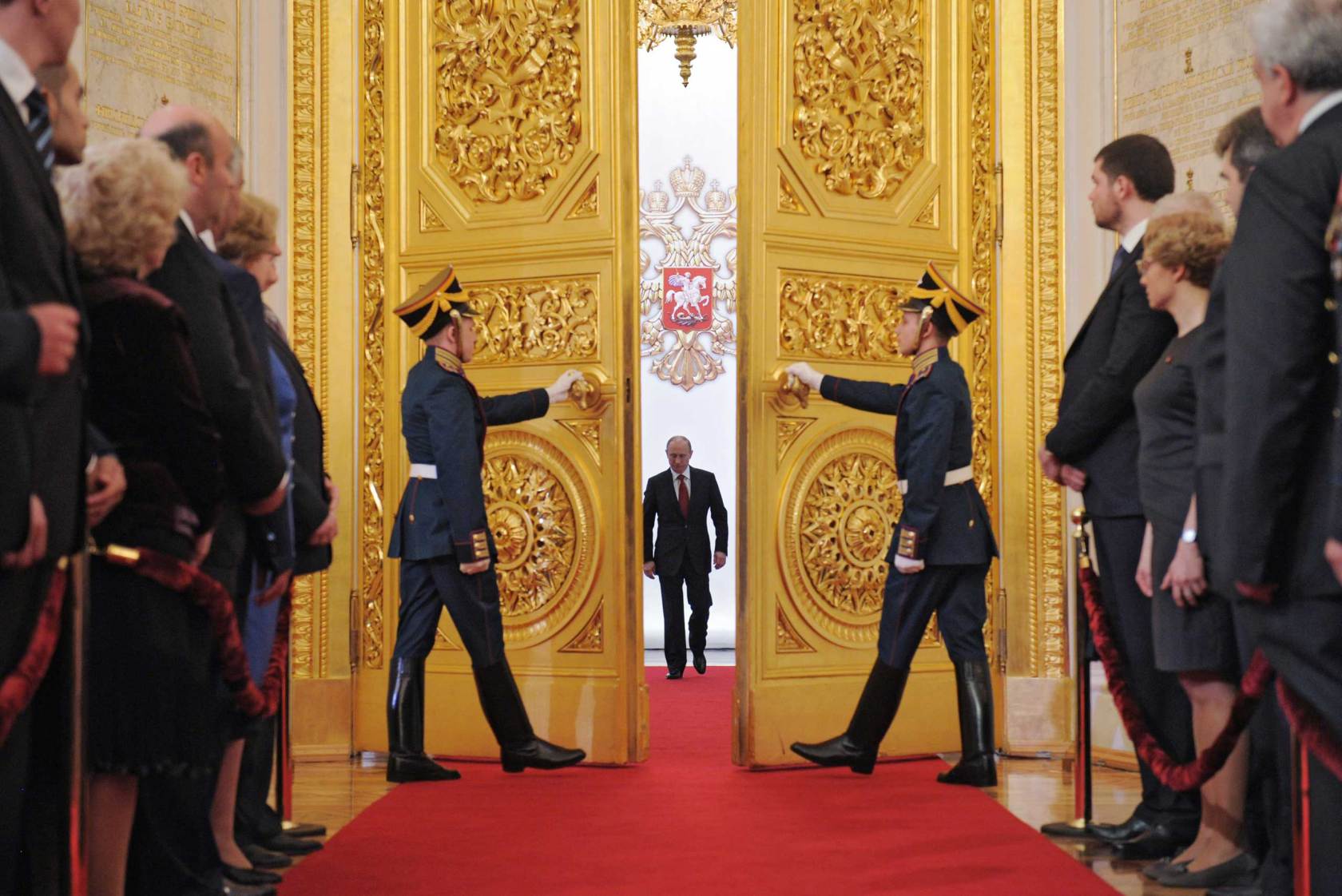 On May 14, the Russian government finally approved the official list of  ‘unfriendly states’, in response to the new sanctions, harsh rhetoric and diplomatic expulsions.

A month ago, the Russian media published and widely discussed unofficial lists that were based on the opinions of various political experts. Those lists included about a dozen of states:

However, only two states were included in the official list – the United States and the Czech Republic.

According to the comments by Russian officials, they are considered by the Russian leadership as the most obvious examples of unfriendly countries, but in the future this list may be expanded.

The list turned out to be surprisingly short, and such countries, as Ukraine, Poland, the Baltic States, the Great Britain, Canada, were not included.

Moreover, the publication is unlikely to lead to significant changes in bilateral relations between Russia and the United States or the Czech Republic. On April 23, Vladimir Putin has already signed a decree restricting their diplomatic missions to hire Russian employees. The Czech Republic is now allowed to conclude employment contracts with only 19 individuals for their diplomatic missions in Russia, the United States – with no one.

The United States were considered to be ‘unfriendly’ after having imposed a new package of sanctions, expelling 10 Russian diplomats and other restrictions. The US and Russian ambassadors returned to their countries, and the US announced the termination of the issuance of visas for Russians.

The Czech Republic decided to expel 18 employees of the Russian diplomatic mission after the alleged  involvement of Russian special services in the explosion at an ammunition depot in the village of Vrbetice in 2014. In response, the Russian Foreign Ministry announced the expulsion of 20 Czech diplomats. After that, the Czech Republic demanded the departure of 63 Russian diplomats.

However, the United States and the Czech Republic are not the only countries with damaged diplomatic relations with Russia.

In the context of harsh measures and response actions, the Moscow’s decision to publish a useless list is unclear. Perhaps Moscow was trying to send another diplomatic signal, warning of an acute crisis in bilateral relations, but the way it was done is very awkward, as its publication was not followed by any response sanctions or significant actions.

Historically, it was on the western borders that Russia’s main geopolitical adversaries were located. In recent history, all aggressive actions against the Russian empire and the USSR came from Europe. If Russia lists all the unfriendly states of the so-called ‘collective West’, the list would include dozens of countries.

While Moscow denies this fact and is trying to retain European partners through a soft policy, its opponents stress out every reason for the deterioration of its relations with various countries in the EU and beyond its borders.

As a result, by publishing this list, the Russian Foreign Ministry played along with anti-Russian propaganda. The inclusion of only two states in the list was treated as a fear of the Russian leadership to face the facts. Those who advocated this decision within the Russian government did a disservice to the Russian state, and this mistake is being actively used to reinforce anti-Russian rhetoric.

Today’s Russian foreign policy is marked with a deep ambivalence. On the  one hand, there are extremely harsh statements of President Putin. There were no similar rhetoric neither in 2001, 2008, 2014. On the other hand, no important steps were made to strengthen Russian state sovereignty. There were no symmetric or asymmetric response to the actions by the Euro-Atlantic elites.

Such an ambiguity may be a consequence of the contradictions between the Russian elites. The struggle remains between the supporters of the American version of the new neoliberal world order and those who defend the concept of national sovereignty.

After listing the ‘United States’, it is somewhat redundant to list our vassal states, especially the U.K.

Actually it’s a good way to sell the perception that Putin is an “enemy of the evil Soros deep-state globalist communist LGBT anti-white BLM rainbowJews” instead of the good business partner of terrorist Ziocorporte globalism that he is.

Idiotic partisans of either side swallow it hook, line and sinker.

Get the fuck out to Israel with your Africans and LGBTs perverts.

jens holm
Reply to  Trap Is Not Gay

Ifyou cant find back to Your funny farm Yourself, You can try to take a taxi.

Putin’s Ziocorporate terrorist globalist business partners of the US/EU/NATO won’t be able to sign Turkstream2 and Nordstream33 for discounted Gazprom shit if the Kremlin took actual measures against Western anti-Russian schemes instead of laughble half-assed actions like this list.

I believe that this analysis, while raising some valid points, is incorrect. It should be obvious by now that the primary diplomatic goal of the Russian Federation is deescalation and conflict resolution, as a general principle, in these types of cases. The self discipline which has been shown by the Russian Federation is remarkable. It is my belief that the policy of being relatively non reactive to provocations should not be misunderstood, however, as it is pretty clear that this policy is not necessarily interfering with, or undermining, long term and short term strategic objectives in any critical spheres.

Skeptical about Russians. Blowing up the ISIS here and there is just a show, IMO. Without affecting Israel where the command and control (or center of gravity in Sun Tzu’ term) of the ISIS resides, no peace in Syria. Not sure about how large Jewish population is in Russia, but they may still be affected by them. They even attempted to create Israel in Manchuria and settled for an Oblast for Jews in Manchuria (https://en.wikipedia.org/wiki/Jewish_Autonomous_Oblast). Chinese and Koreans eventually may have to drive Russians all the way to the west of Urals.

For Your information several countries tryed to make a friendly area for Jews, so they could emmigrate or escape to there and live in peace.

‘Moving large groups around is no new invented thing as well. Many many has done that and as fx in Syria today rge osmans even imported 3 largew groups of Turkmen for protection.

Liberia in Africa is made by african slaves comming home, but it didnt solve much, because other lived there as well as the homecomming mainly wasnt from that tribe part at all.

Zionism is Cancer
Reply to  ulzimun

Spot on! The Putinyahoo groupies won’t like this one bit. They’ll get downvoting like the loyal whores of their caliph :D

Zioputin’s reluctancy to start WW3 including worldwide nuclear hellfire just shows how deep his head is in Netanyahu’s ass. I just wonder how you all fail to understand this.

Just remember the last time the leader of the Rothschild Neocolony traveled to moscow to give orders to Putin, why did Putin not just pull out his AK-47 and shoot Bibi right in the ziocorporate kremlin? All of this trouble would be over in no time, simple as that.

Go back to Israel, Shlomo.

Trap is not Gay
Reply to  shylockracy

The Baltic states are basically functioning as NATO’s toilet.

Besides, one does not have to use all that much imagination to guess what the civilian contractors employed by hostile foreign diplomatic missions were actually involved in, while using the very same diplomatic mission’s legal protections as cover.

The final part of the article should be written in this way : ” Such an ambiguity may be a consequence of the contradictions between the Russian elites. The struggle remains between the supporters of the MASONIC BRITISH new neoliberal world order and those who defend the concept of national sovereignty and the concept of the Common Good as the main goal of any social and economic policy , in one world the REVOLUTIONARY AMERICAN System .

Strangely, these lists will never include a small shiitty, slaver enclave which actually runs the US and the rest of the nations on the list. I wonder why ?

The soviet union is probably rolling in its grave right now saying are you fucking serious??? Hahahaha

Better than 1 or 2 psychopathic morons troll every article every day.

Warning. Pretty obvious, I am surprised that better informed ppl here don’t see the goal. Russia simply warns the global public that age of passively taking the blows and absorbing the hits is over. Repercussions are waiting for those who join Shere Khan and plays Tabaqui. The reason why the list is short is to provide a choice for those who are not listed – yet – to think twice whether they really want – or can afford – to take the repercussions – not public yet – which are waiting for those who are listed. Lack of concrete steps against the listed is strategic ambiguity, shortness is to show willingness for cooperation. Obviously not with Washington and Prague – the latter has just become the last straw – and insignificant for Russia – to demonstrate with.

I wonder why the many states named as Nato is not there.

Israel should be on the list, but as usual, Israel is letting it’s idiot man-child, the US, do most of its dirty work with respect to Russia.

was this written by an American neurotic? of course Russian policy is ambiguous. anyone trained in psychoanalysis is fully aware that incapacity to tolerate ambiguity is the principal attribute of neurosis….amerikans extraordinarily childish and neurotic…they are irritated that the Russian sphinx is too unpredictable for their ontologically insecure psyches