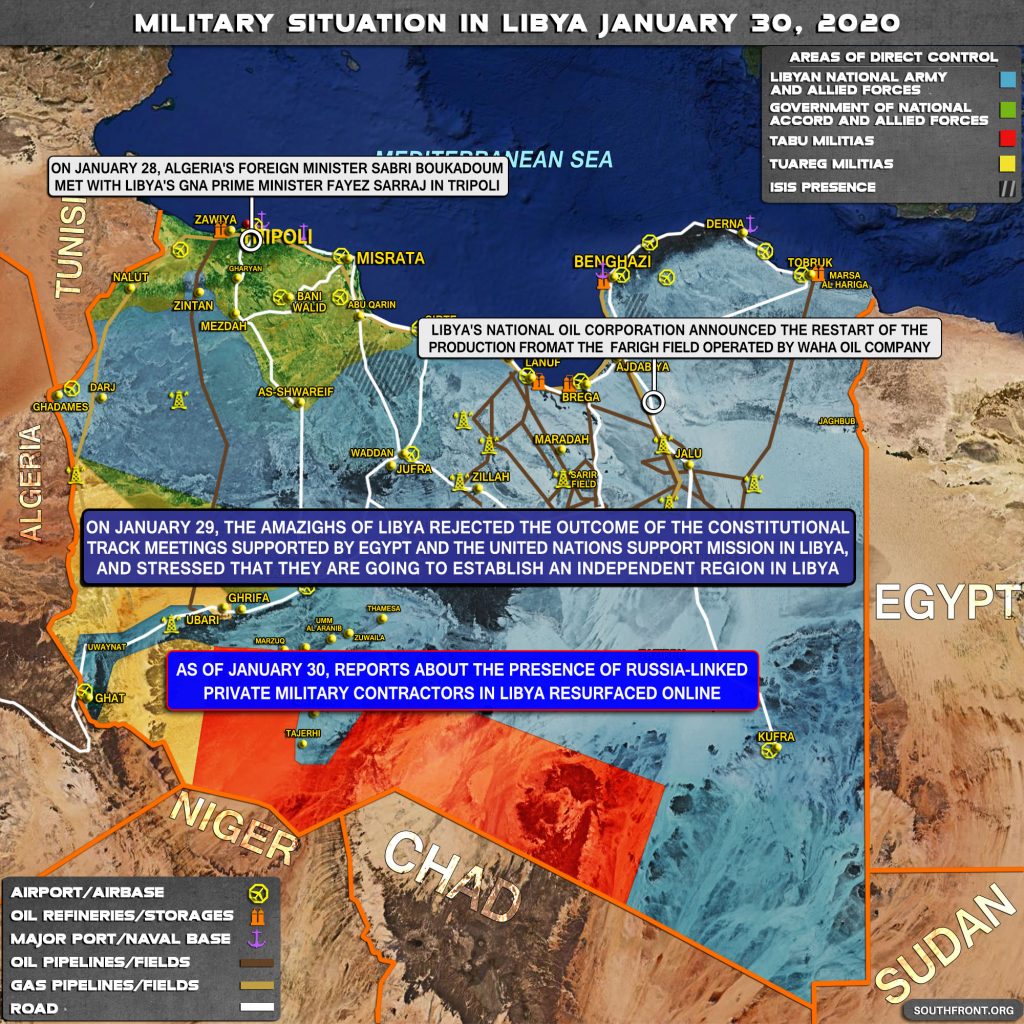 This week, the Amazigh of Libya (Berbers of Libya) have officially announced their intention to take practical steps to create a fourth administrative region controlled by them and declared their rejection of the referendum on the draft constitution.

According to reprots, this new administrative district will include the Amazigh municipalities in the Nafusa Mountains and Zuwara. The new administrative region will become the fourth in the country in addition to the three historical regions of Tripoli, Barqa, and Fezzan.

The decision was mde during a joint meeting of Amazigh representatives in the city of Jadu, in western Libya.

The participants also agreed to: “Reject the draft constitution categorically and boycott the referendum on it.”

This situation shows the current scale of division within Libya and endangers any kind of a peace process in the country.

A brief summary of the recent developments in Libya:

I don’t understand why Southfront keep insisting on using this fake map of Libya.

Here is the correct map https://libya.liveuamap.com/

Good by Libya, the “green ” dream is over.