A senior commander of al-Qaeda’s Hay’at Tahrir al-Sham (HTS) was killed late on December 3 in what was reported to be a U.S. drone strike.

The commander, identified as Abu Ahmad al-Muhajir, was reportedly passing through the Syrian border town of Atmeh in northern Idlib, when a precision-guided munition struck his van, killing him and an unknown man that was escorting him.

Local sources said that the pinpoint airstrike was carried out by a U.S. unmanned combat aerial vehicles (UCAV). The U.S.-led coalition has not confirmed this, yet.

Abu Ahmad al-Muhajir, an Algerian national, joined al-Qaeda in Syria in 2013. The commander was reportedly the main trainer of HTS’ elite special forces, known as the “Red Bands.”

The precision-guided munition used in the assassination struck the van’s driver’s seat without causing any explosion or collateral damage. This led many observers and experts into claiming that the U.S.-made AGM-114R9X Hellfire missile was used in the airstrike. 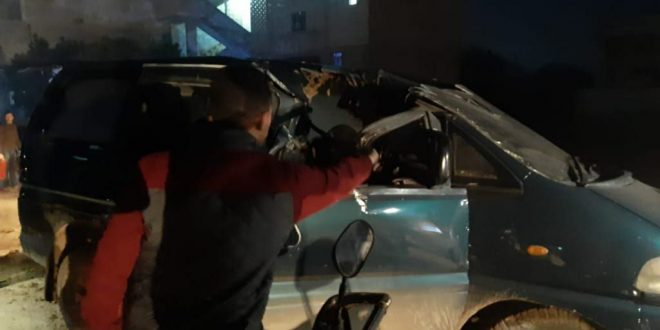 Dubbed “Ninja Bomb”, the AGM-114R9X is a Hellfire variant with a kinetic warhead with pop-out blades, intended to reduce collateral damage. Deployed in secret since 2017, with existence revealed in 2019.

Eldorar al-Shamiyah, a pro-opposition news outlet, released two photos showing the remains of the missile used to assassinate Abu Ahmad al-Muahajir. One of the photos shows what appears to be an aerated blade. 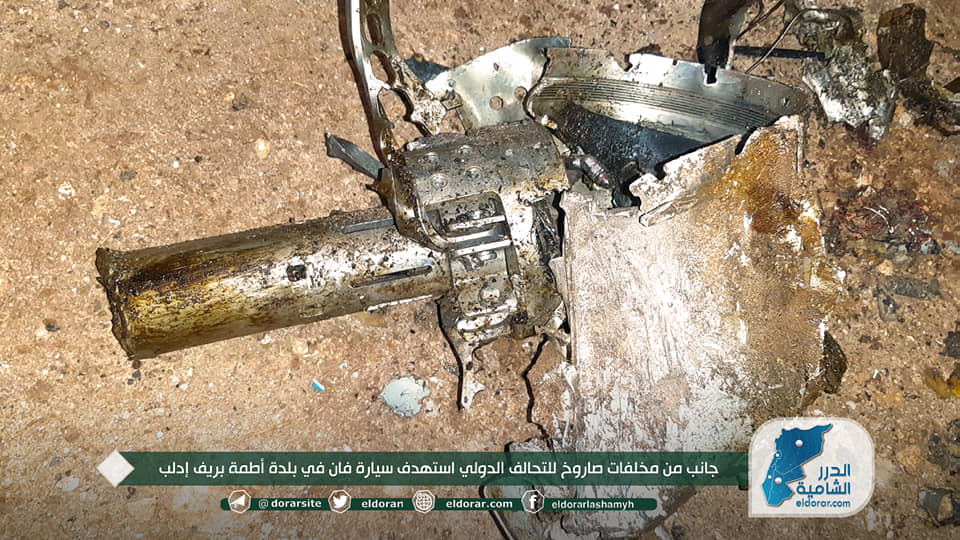 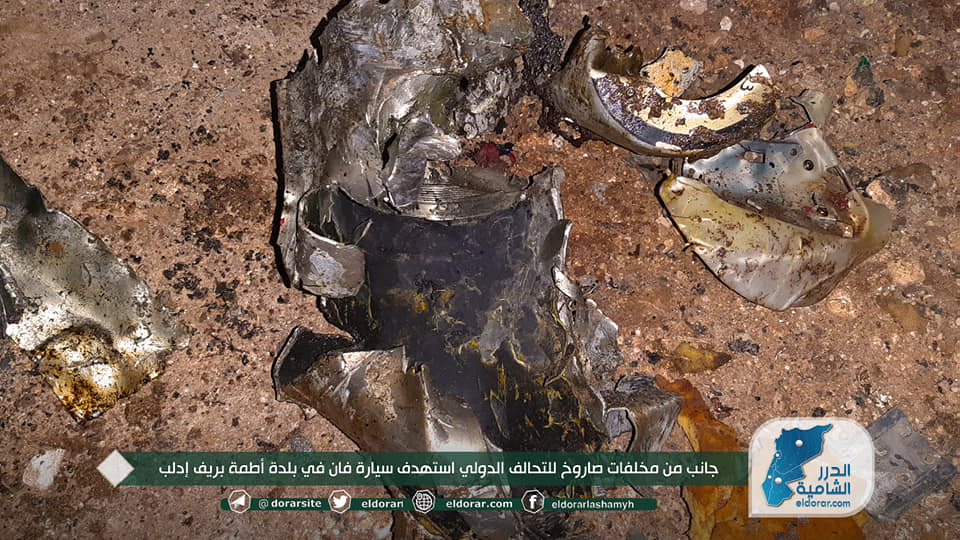 The U.S. reportedly used the AGM-114R9X to assassinate Abu Khayr al-Masri, a prominent HTS leader, on February 26 of 2017.

Thanks for the help america! Even though you just coveringyour tracks, on less rat SAA has to kill now.

HTS, the Syrian organization where no one is Syrian in it.

Only America has weapons such as this to minimize civilian casualties!

No need for them in Israel then is there. There the only targets are civilians.

Only because there wasn’t one within 20 kilometers of the strike.

“Local sources” and a “pro-opposition news outlet” reported this, so I doubt it’s even true. Why would the US bother, since they are effectively on the side of the terrorists?

Unless this was cover for “The US relocated a valuable head-chopper asset and his family to his new home in West Virginia under an assumed identity.”