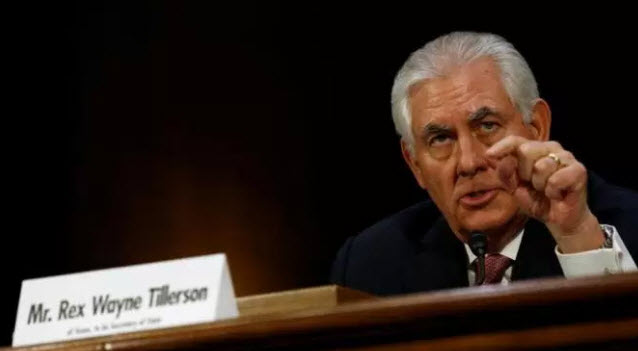 Shortly after Trump took office, and before Rex Tillerson was even confirmed as Secretary of State, a slew of State Department officials were removed from their positions (or were forced to resign) as part of an effort to “clean house” at the State Department.  The whole affair was haphazardly covered by the media, especially by Jeff Bezos’s blog, which insinuated that the departures were “an ongoing mass exodus of senior Foreign Service officers who don’t want to stick around for the Trump era.”

Further analysis revealed that the officials were actually removed from their positions shortly after Tillerson visited the State Department office in Foggy Bottom prior to his confirmation:

“Any implication that that these four people quit is wrong,” one senior State Department official said. “These people are loyal to the secretary, the President and to the State Department. There is just not any attempt here to dis the President. People are not quitting and running away in disgust. This is the White House cleaning house.”

And, just a few weeks after the fact, it appears we know why Tillerson was so quick to purge existing staffers: he just didn’t trust them.  It also appears his mistrust was more than justified.

On January 29th, United States Special Forces executed an operation inside Yemen, against al-Qaeda in the Arabian Peninsula (AQAP), with the aim of gathering intelligence and killing leaders of the group.  The raid was planned under the Obama administration, but the decision to execute the raid was “punted” to Trump, using the pretext of waiting for a “low loom” (moonless) night to execute the raid with maximum secrecy:

While the operation had been proposed, it was never green-lighted. Kahl said Obama felt going the mission would mark a “significant escalation” in Yemen and should be left to the next administration to decide.

“Obama … believed this represented a significant escalation of U.S. involvement in Yemen, and therefore … thought the next administration should take a careful look and run a careful process,” he told the WSJ.

In addition, defense officials expected the Trump administration to be more willing to approve dangerous missions, something that was almost certainly known by any remaining personnel who stayed on after Obama left office:

While seemingly indicative of a more aggressive stance by Trump, one official described the raid and new proposal as an outgrowth of earlier Obama-era operations that have pushed al-Qaida militants from their sanctuaries into areas and provided more opportunities for U.S. strikes.

“We expect an easier approval cycle [for operations] under this administration,” another defense official said. 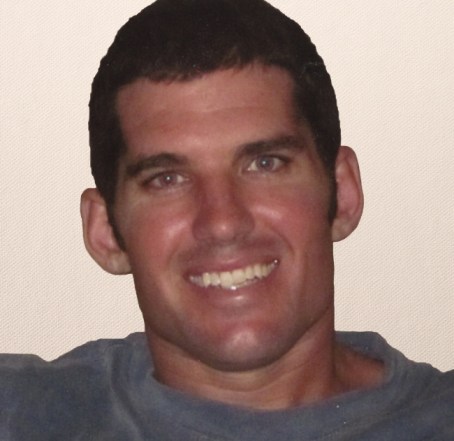 Though the Trump administration attempted to push the raid as a success, at very best, the mission was anything but, resulting in the death of Navy SEAL William “Ryan” Owens, as well as injuries to three other servicemen. While the commandos did everything necessary to maintain the element of surprise, it appears as though AQAP adversaries on the ground had advance warning of the attack:

“Initial reports are always wrong, but it doesn’t appear to be a failure of planning or intelligence,” said the former special forces officer.

Almost immediately, the raiding force on the ground took intense fire, according to the briefing paper and a senior military official. Occupants of the targeted house and its compound, along with their guard force, moved to a separate cluster of houses nearby where families, including women and children, were staying. Armed women fired on the U.S. and Emirati forces.

“There were a lot of female combatants who were part of this,” said Navy Capt. Jeff Davis, the Pentagon’s chief spokesman, on Monday. “We saw during this operation, as it was taking place, that female fighters ran to pre-established positions — as though they had trained to be ready, and trained to be combatants — and engaged with us.”

While most know about the Yemen raid, most do not know about the dismissal of the three Aman brothers, Abid, Imran, and Jamal Awan.  On February 2nd, they were abruptly removed from their positions of managing information technology for the House Permanent Select Committee on Intelligence.  Though they were initially suspected merely of stealing equipment, a connection with the previously-hacked computers of Representative Debbie Wasserman Schultz (D-FL) revealed something far more sinister:

Three members of the intelligence panel and five members of the House Committee on Foreign Affairs were among the dozens of members who employed the suspects on a shared basis. The two committees deal with many of the nation’s most sensitive issues and documents, including those related to the war on terrorism.

As Mad World News reported, the Aman brothers were hired by the Obama administration, and access to top secret information regarding military operations.  The committees they allegedly worked for had access to “the most sensitive and secretive government intelligence, including covert anti-terrorism activity… including the Yemen operation”: 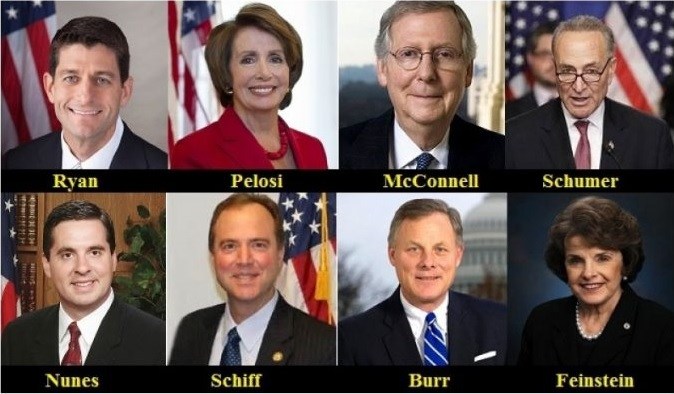 The brothers were assigned access to three members of the intelligence panel and five members of the House Committee on Foreign Affairs along with dozens of congressmen who employed the suspects on a shared basis.  This gave them direct access to our military secrets, like missions carried out by Navy SEAL Team Six.

They retained their jobs after Obama left, which is not unheard of since their positions were not seen as political appointments.  However, they were fired by Trump’s administration within hours after Navy SEAL William Ryan Owens was killed in Yemen during the top secret raid on Al-Qaeda operatives.

So, in case you’ve gotten lost, here’s a recap of the timeline of events:

“…it doesn’t take a rocket scientist to connect the dots.  The firing of the Awan brothers is linked to the Yemen raid where al-Qaeda knew we were coming, and it tragically ended with Navy SEAL Owens being killed in action.”

The mainstream media seemed far more interested in obfuscating the details regarding the Tillerson terminations than they were in covering what could be one of the most dangerous intelligence leaks in years, of which there has been but a peep out of any major news outlet.  Captain Joseph R. John (Navy-Ret.) has stated that he believes the Muslim Brotherhood “fifth column” has “infiltrated U.S. Government,” and if he is correct, the Awan brothers could very well be a part of this infiltration.

Yet, there as been but a peep of information about the Awan brothers from nearly all major news outlets.  Are they in jail?  What are they accused of?  Does the Trump administration suspect them of leaking details about military operations to terrorist organizations?  And most importantly, if so, did these three men directly or indirectly contribute to the death of Owens during the Yemen raid?

One thing is for certain – as Politico seemed to take delight in stating, “Trying to nail down who the leakers are is like trying to count the cockroaches under the couch.”  However, it seems most of the “leaks” are coming from Obama holdovers.  Which makes Tillerson’s “cleaning house” look like not just the correct move, it leaves you wondering if he did enough cleaning house. 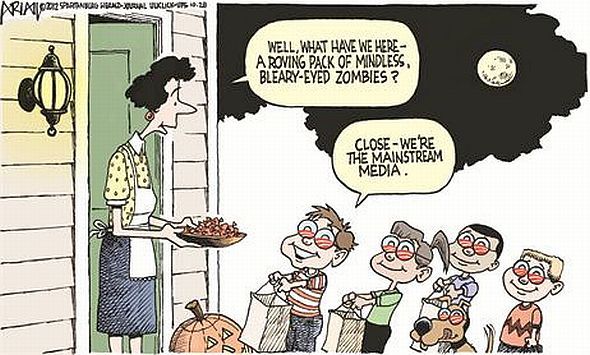 Just don’t expect to hear that from the mainstream media anytime soon.

Weren’t there many Muslim Brotherhood agents in Washington DC, including Brennan (Director of CIA) and Hilary’s best friend, Huma Abedin, who was married to Laptop Weiner?

Rep. Peter King alleged that CIA Director John Brennan – who has been identified as a convert to Islam – is the one responsible for leaking pseudo-evidence that Russia hacked John Podesta’s emails. If true, this would further serve to validate the claims that Brennan converted to Islam while a CIA station chief in Saudi Arabia during the 1990’s.

“That’s what infuriates me about this, Martha, is that we have John Brennan, supposedly John Brennan, leaking to The Washington Post, to a biased newspaper like The New York Times, findings and conclusion that is he’s not telling the intelligence committee,” King told ABC’s “This Week” on Sunday… http://www.wbdaily.com/democrats/cia-director-convert-to-islam-accused-of-leaking-false-information-about-russians/

Please, not another conspiracy. The reality is that the raid may have been detected accidentally. Anyone who follows military operations know that raids are sometimes detected through strange coincidences. Because women rushed to defensive positions does not equal that they were awaiting this specific raid. The people on the compound should have a defensive plan….that is if they are worth their salt.

Gloria Nuland getting canned was the most significant part of the article for me.

Cartain Joseph R John (Navy-Ret.) ” believes the Muslim Brotherhood fifth column has infiltrated the US government ” . Before the election it was disclosed that Huma Abedin , Hillary Clinton’s personal assistant of twenty years , was a member of the Muslim Sisterhood , and was funded by the Muslim World League . Her mother is a founding member , from their writings a quote ….

” the work in America is a grand jihad in eliminating and destroying Western civilization from within ” .This woman had top level clearances and twenty years to place moles through out the bureaucratic structure of the State Dept . Rex Tillerson needs to look very carefully at Humas contacts .

While it is sure there are loyal Muslims in the US, I would make sure they would stay loyal by getting rid of all radical elements. Immediate deportation would be an essential tool in cleaning house. But the usual useful idiots keep thinking this is a human rights issue…