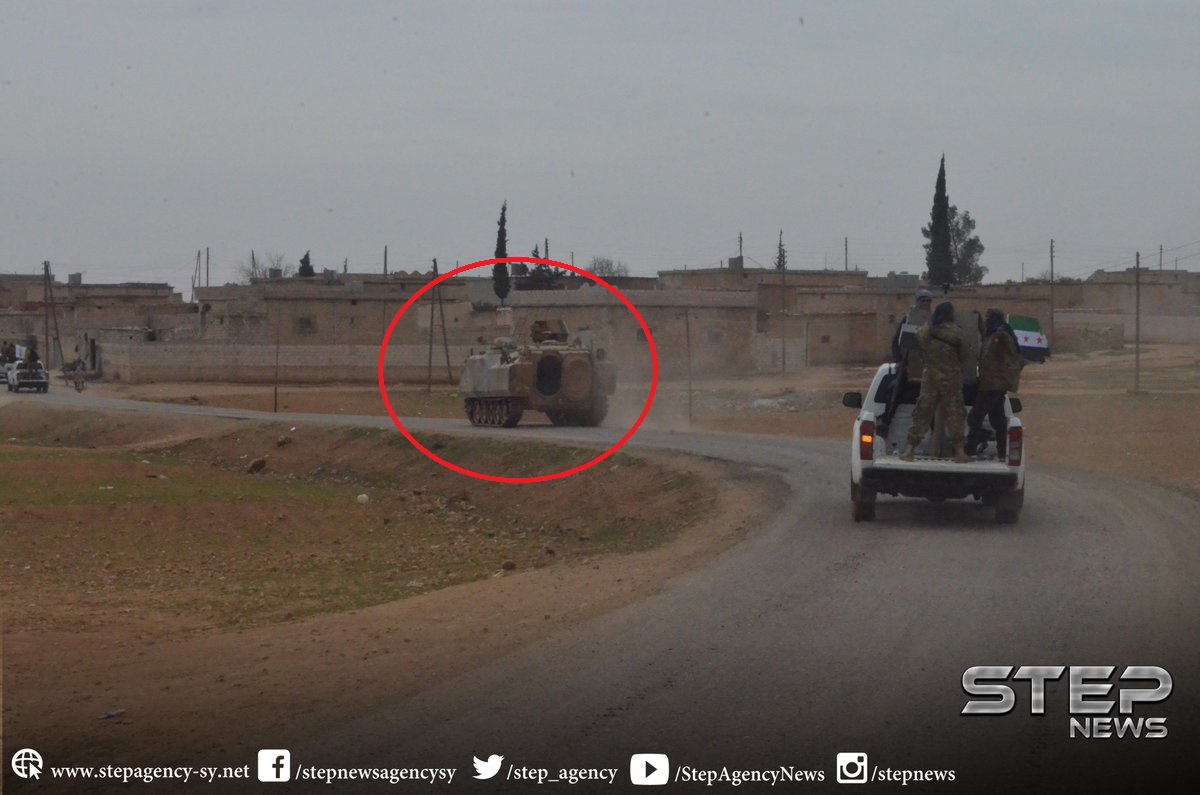 Photos allegedly showing a Turkish-made ACV-15 vehicle in the countryside of the Syrian city of Hama where Hayat Tahrir al-Sham (HTS) and allied militant groups are advancing against government forces appeared online on March 24. 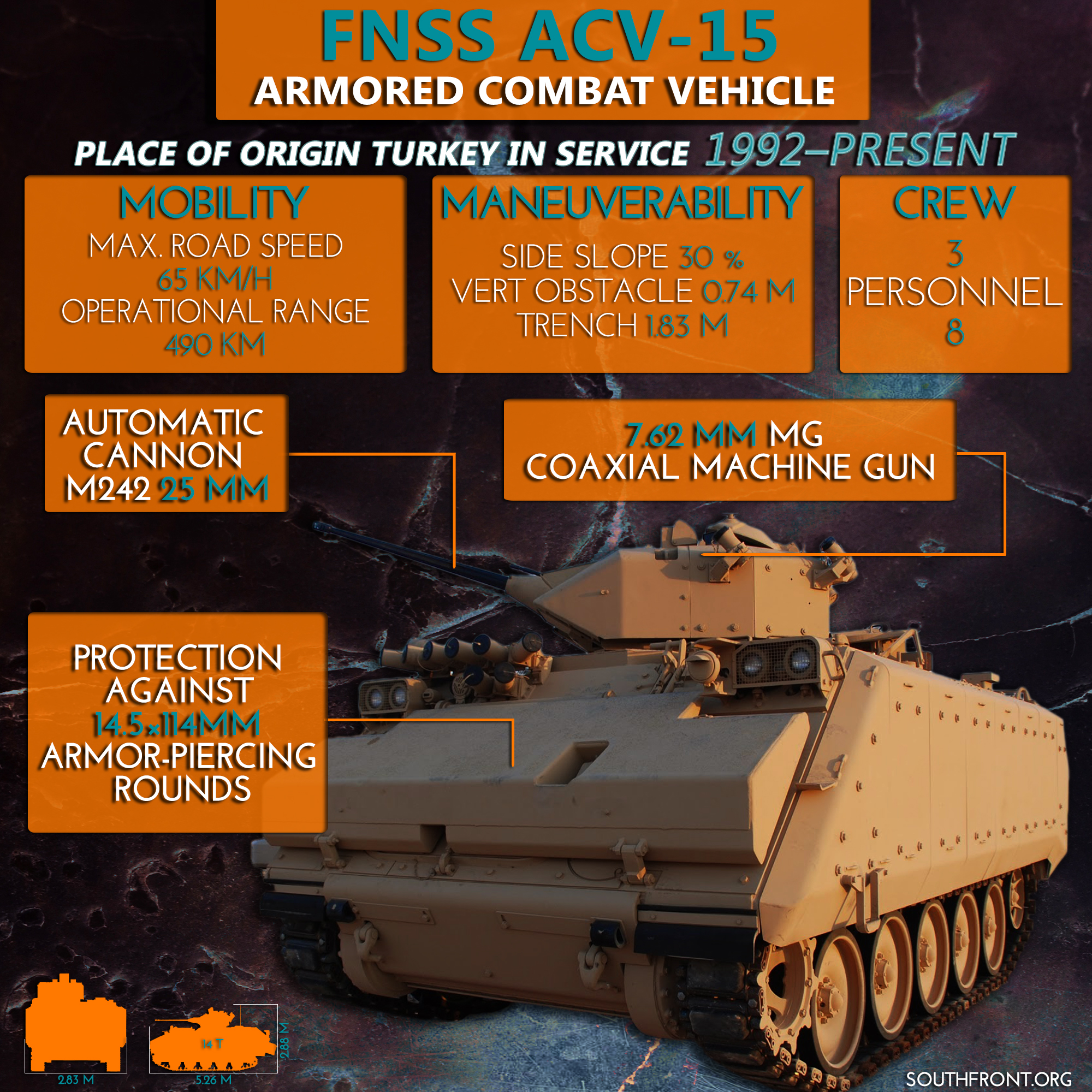 The photos originally appeared in a post by the pro-military media outlet known as “Step News Agency”. The agency said in post that photos show “opposition” reinforcements heading to Hama.

The post came amid circulating rumors that a major part of fighters of militant groups involved in the Turkish Operation Euphrates Shield has been redeploying from northern Aleppo to northern Hama via the Turkish territory. These fighters will allegedly participate in the ongoing HTS-led offensive.

However, there were no independent confirmation this and no ACV-15 vehicles were spotted at the Hama battlefield yet. Step News Agency’s photos are the only evidence of such a move and the geolocation of photos are not clear.

If the rumors are confirmed, this will mean that Ankara decided to increase its support to militants in Syria amid no progress in the Astana talks and the Turkish inability to achieve its own goals in the country via diplomatic means.

This will further confirm the SF analysis released earlier this month:

Turkey does this also because of Russian support for YPG

I am also picturing how long the S-400 negations will go on too.

I dont think Russia intends to sell them even if Hama didnt happen . Too risky . I wont give them S 200 if you ask ne

Nothing of strange, they are allies

Erdogan is fighting everyone insanity has take backstabbing is clearly exposed.Erdogan has also suspended grain imports from Russia.