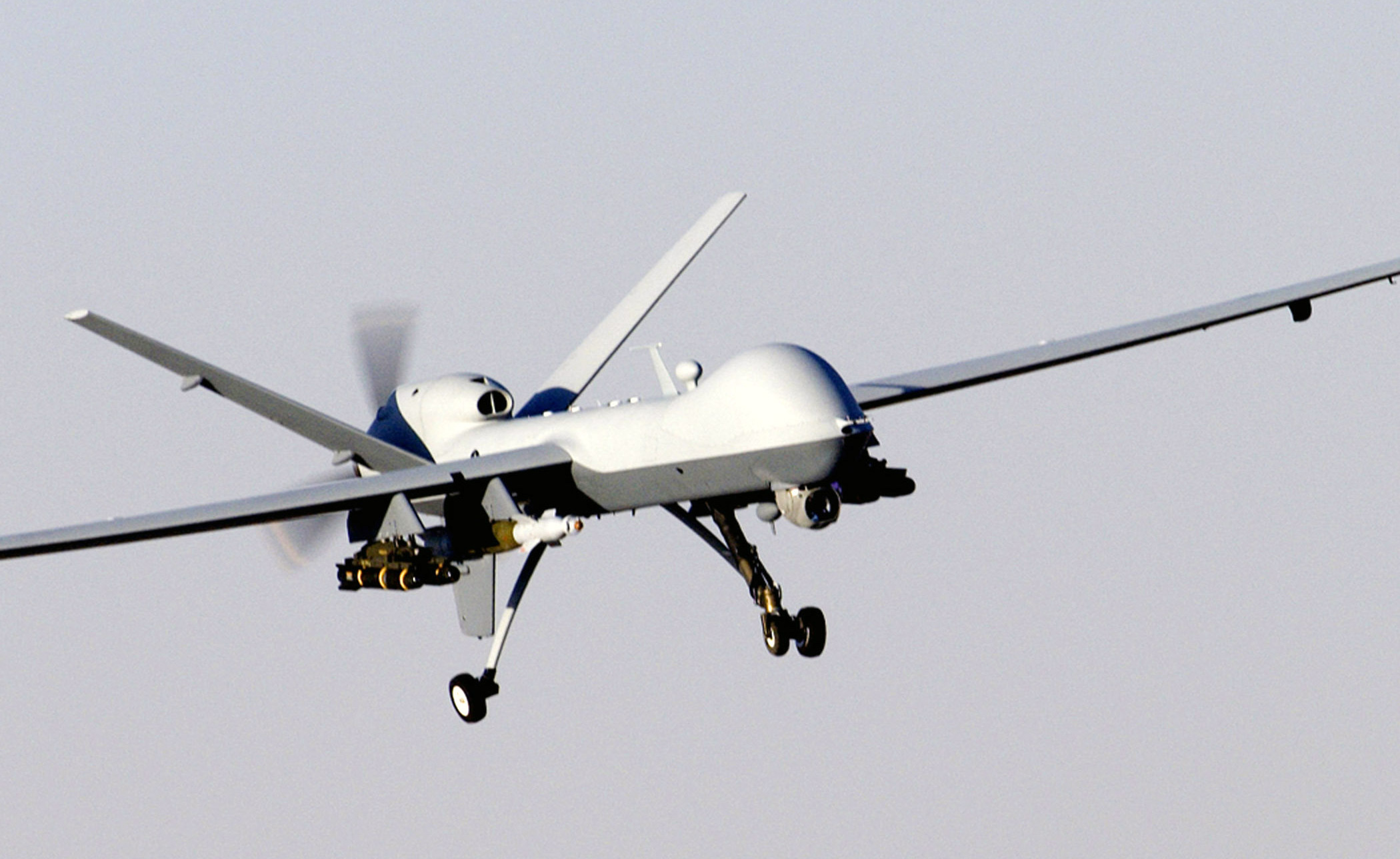 On November 7 afternoon, a suspected US drone strike killed a man allegedly affiliated with ISIS in the Turkish-occupied Syrian town of Jarabulus in northern Aleppo.

The man was killed on the spot. His body was shredded into pieces as a result of the strike. The remains of a US-made AGM-114 Hellfire were found at the scene of the strike. The missile was likely of the R9X variant which is armed with a kinetic warhead with pop-out blades instead of explosives.

Syrian activists said that the man killed in the strike was a senior commander of ISIS who recently moved from the northwestern Syrian region of Greater Idlib to Jarabulus. The man was identified by some sources as “Abu Abdu al-Hamoui”.

Less than two weeks ago, several fully-armed US MQ-9 combat drones were spotted over Greater Idlib, which is controlled by al-Qaeda-affiliated Hay’at Tahrir al-Sham.

If confirmed, this will be the third US drone strike to target a wanted terrorist in Turkish-occupied areas in northern and northeastern Syria.

Later on November 3, six members of ISIS were reportedly arrested from the town of Aluq near Ras al-Ain by US special forces in an air landing operation.

In the last few years, Turkish-occupied areas in Syria became a safe haven for ISIS and al-Qaeda terrorists. Turkish-backed militants continue to shelter wanted terrorists without facing any real consequences.

Americans be like: ISIS/AQ are of no use anymore, we have PKK/YPG now!

Assad is somewhat ok by SDF but Assad is much more authoritarian than them.

Isrealhell will be very mad at its attack T follows dogs killing of its soldiers. I’m sure as night follows day, Gayboy Bennett will be sending his high mossad honcho to berate US military Planners about this