Reportedly, at least 43 civilians have been killed, while 215 others were wounded in a chemical attack in the Syrian province of Idlib. 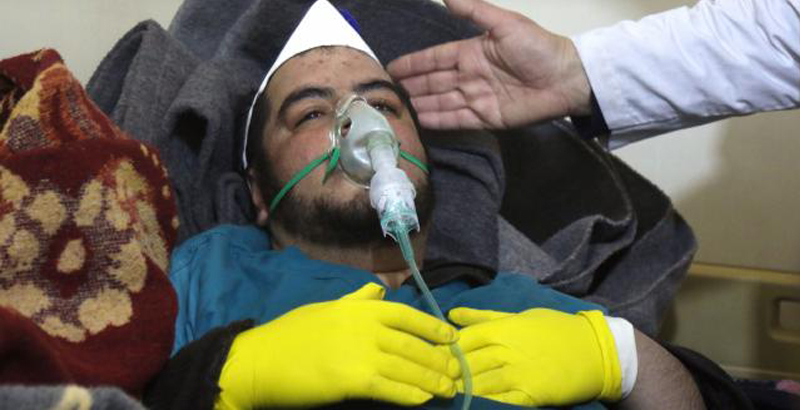 The Turkish Anadolu news agency reported that chemical weapons have once again been used on the territory of the Syrian Arab Republic. According to the news agency, at least 43 civilians have been killed, while 215 others have been wounded in the chemical attack in Idlib province.

The news agency claims, citing a representative of the Idlib’s Office of Civil Defense, Enes Barakat, that the attack was carried out by the Syrian Air Force. According to Barakat, on the morning of April 4, the Syrian Air Force dropped bombs with chloride gas in the vicinity of Khan Shaykhun town, located in the south of Idlib. 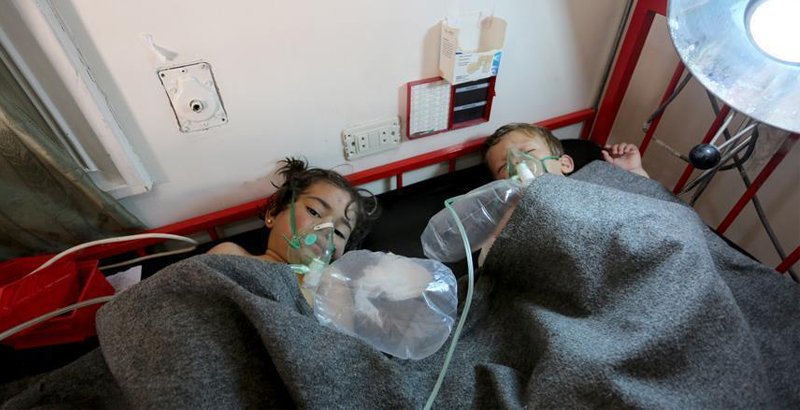 At the same time, the Financial Times newspaper reported, citing the so-called White Helmets rescue group, that 50 civilians have been killed, while 250 others have been wounded in the attack. According to the Syrian Observatory for Human Rights (SOHR), 58 people, including 11 children, have been killed. The SOHR added that the death toll was likely to rise due to the severity of the injuries.

Later, photos of the victims of the chemical attack in Khan Shaykhun were published online by the White Helmets defense organisation and the Red Crescent humanitarian movement.

Reportedly, the attack’s victims were taken to hospitals in the region.

Meanwhile, the Syrian government told the Reuters news agency and other media that it was not behind the Tuesday’s chemical attack, arguing it had hit a warehouse that was stockpiling chemical agents.

Anadolu also added that 20 civilians were injured as a result of a chemical attack, carried out this night by the “Assad regime” in the area of Al Habit in Idlib province.

The facts of the death of civilians, as well as of the chemical weapons’ usage, are terrible. At the same time, the fact that the chemical attack coincided in time with the collapse of the Islamist forces in northern Hama triggers a question. This is not the first time when such events “accidentally coincide.” Maybe, we should think about who really benefits from such incidents…

Does Syrian goverent has any good progress from bombing civilians with cemichal attacks,ofc not and probably rebels are behind this so they can stop SAA advance

They hope now that SAA will stop with its advance . But I think this will not happen . And It is time for Russia to step up their game . Yes the media will bash them and Assad 24/7 . But what really . It is not like now the media loves Russia and Assad

It is interesting that pro opp reporter knew about some chemical attack yesterday . Anyway this wont affect the Syrian army operations in Northern Hama . And another thing why the SAA should do such attack now . Why they didnt do this in the beginning of the Hama offensive when the rebels captured 12 towns in 2 days .

Shit. If the SAA had chemical weapons then they would’ve been using them on ISIS in remote locations where there’s no civilians for miles around.

Cui bono is the best first question. There is no logical reason for the SAA to use chloride against civilians in some shithole village, especially not now. Nothing but a false flag operation by terrorists and their mentors.

I suspect that the aircraft that carried out this attack were the same ones that the US was using for “training exercises” a few months back and dressed up to look like Syrian air force aircraft….

Firstly, this was the Anadolu news agency, based in Turkey, so serious doubts should be expressed in this reporting. Secondly, chlorine gas is not known to kill many people in attacks, even in mass quantities. https://en.wikipedia.org/wiki/Chlorine_bombings_in_Iraq

They don’t know what kind of gas got out into the air. Some are saying Sarin or something like it. It’s probably leathal fumes created by several chemicals that were improperly stored together and reacted when their barrels burst open and spilled out their contents into the floor.

Stupid lying goat fuckers…. and our feckless presstitute media will report all of their BS…

The Russian’s explanation makes more sense since they and the Syrian AF haven’t used chemical weapons on ISIS in locations where civilians were absent. I suspect that the knucklehead extremists didn’t bother to store acids, strong bases, oxidizers and captured chemical weapons in separate buildings to prevent their intermixing if their barrels and casings got ruptured.