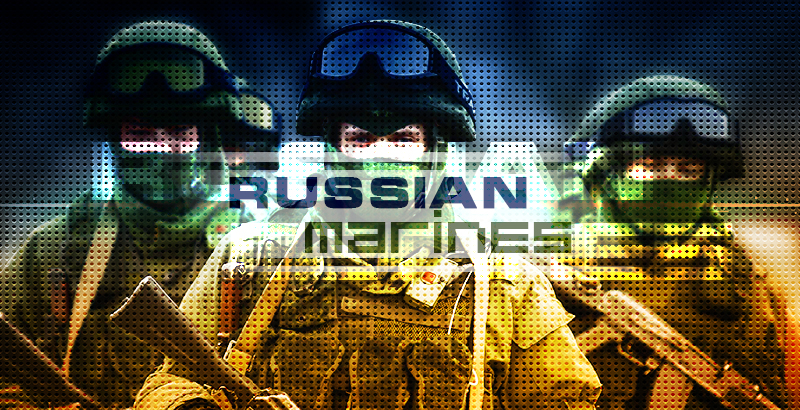 This text originally appeared at SouthFront in July 2015

The Russian Naval Infantry or the Russian Marines have a long history and tradition in their resume. The unit was first formed in 1705, during the Great Northern War 1700-1721 when the need for a military unit that was capable of fighting armed battles on islands and seaside regions became crucial. During the 18th and 19th century the Naval infantry had numerous involvements in variety of missions, some of them were famous victories such as Battle of Gangut and the taking of Izmail Fortress on the Danube. However the unit was repeatedly disbanded throughout the years until 1939. In the period of the Second World War the Russian marines were charged with defensive duties of the Fleet’s bases and they were also sent on various amphibious missions. During the Soviet era the unit was deployed near land forts and some cities like Moscow, Leningrad, Odessa, Sevastopol, Stalingrad, contributing to the cities’ defenses. The Naval infantry conducted four major operations during the War, two of them were during the Battle of the Kerch Peninsula, one during the Caucasus Campaign and one during the landing at Moonsund. In 1961 the Naval Infantry was re-formed and became a part of the Soviet Naval Forces. This included expansion of the unit as well as modernization of their equipment and vehicles. By the end of the Cold War the unit had 18,000 men with more than eighty landing ships. Since the end of the Cold War, the Russian Marines have had numerous exercises with military forces of other countries including the US Marines in 1994. The so called “Cooperation from the sea” was conducted around Vladivostok with the US III Marine Expeditionary Force in order to promote further cooperation between Russian and US military.

The Russian Marines participated actively in the local conflicts of the “Cold War”; for instance, in Yemen and Angola. 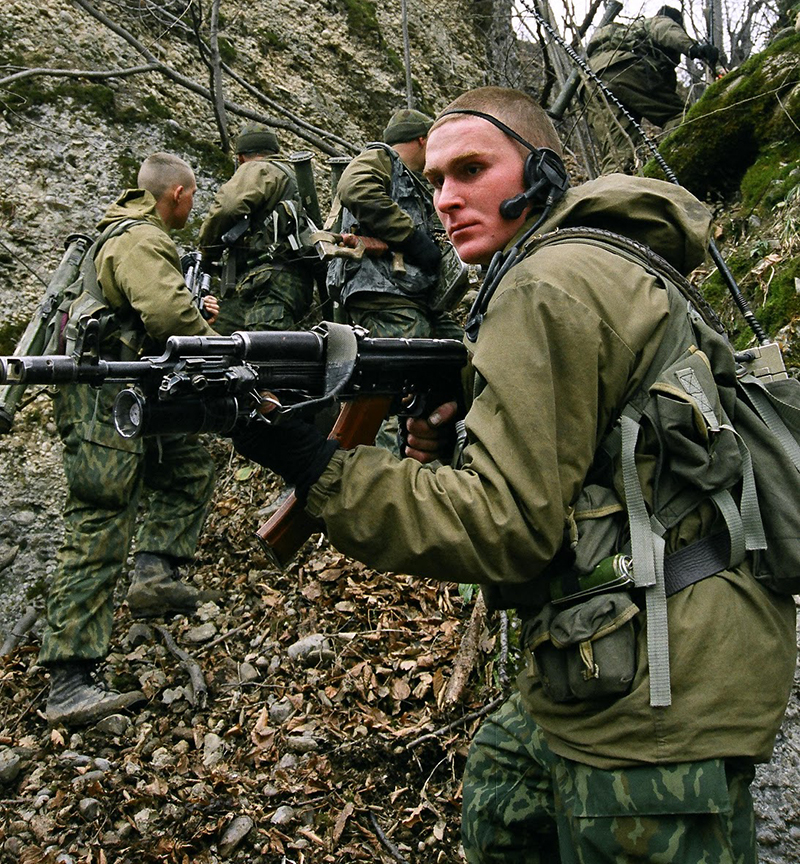 The In the post-soviet time the Russian Marines took part in 2 Chechen wars. Marine units showed prodigies of valour. More than 20 marines have got the titles of Hero of the Russian Federation. More than 5000 are awarded by military medals. Throughout the history, the Russian Naval Infantry showed a high-class battle training and the best human qualities.

Recently the Russian Marines have been deployed in Syria as a part of the Russian military assistance in fighting terrorism. Since September this year, few hundred marines have been stationed in western Syria and in the city of Slunfeh in East Latakia, with the primary objective of guarding the Russian air base. During their short service in Syria, there have already been sporadic clashes with terrorist groups in Latakia. One of the incident happened in September when the fighters of the Islamic State tried to mount an attack on the air base in Latakia, however they were ambushed by the Russian Marines which resulted in a couple of dead terrorist while the others retreated. There are also some reports which suggest that this unit might be coordinating attacks on terrorists alongside Hezbollah and the Syrian Arab Army. The Involvement of the Russian Marines in the Syrian conflict has been already paying off. After the downing of the SU-24, this unit was successful in the search and rescue mission of the second pilot while fighting the jihadists in the border region with Turkey.

Time to stop US terrorism in Syria , once and for all.

time to shut your trap