“The heaviest penalty for declining to rule is to be ruled by someone inferior to yourself” ― Plato, The Republic 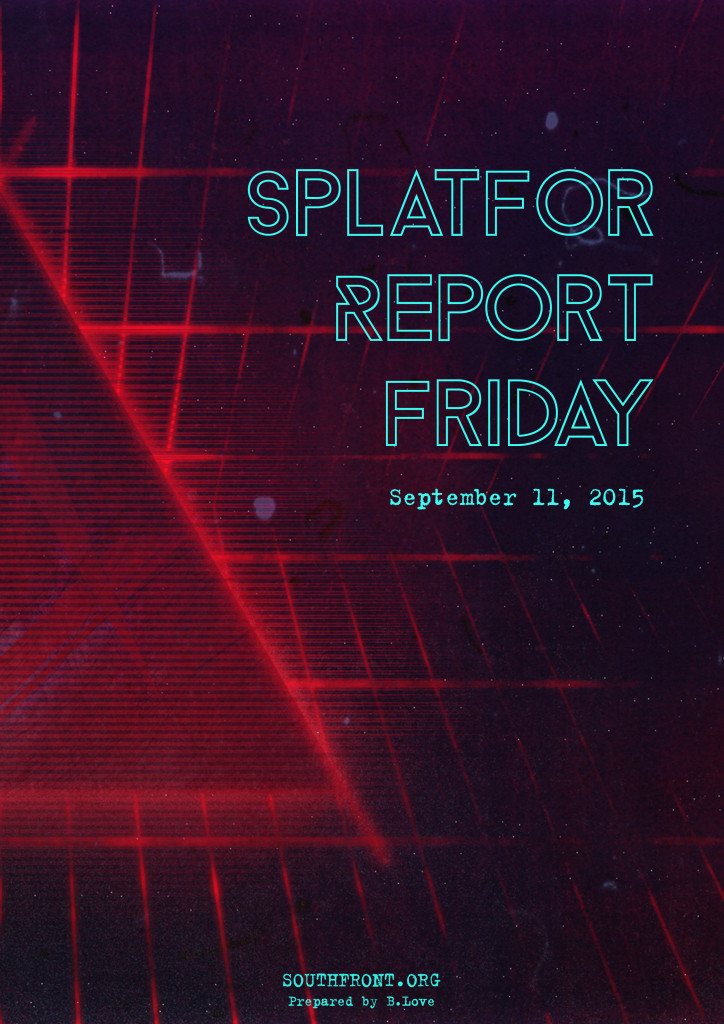 IMF OFFICIALS REALIZE THEIR UKRAINIAN LOAN MONEY IS BEING STOLEN
John Helmer, a long-serving foreign correspondent in Russia, reports that International Monetary Fund (IMF) loans intended to rescue the Ukrainian economy may instead have gone into the private bank accounts of Ukrainian oligarchs Igor Kolomoisky and Victor Pinchuk. No one could have possibly guessed that this would happen.

RESULTS OF 9/11 INSIDER-TRADING INVESTIGATION REVEALED
It is common knowledge that war results in billions of dollars of profit for global bankers, weapons makers and others who possess “insider knowledge” about the progress of every war. The day after the 9/11 Osama Bin Laden-sponsored terrorist attack government-sponsored false flag terrorist attack on the World Trade Center buildings and the Pentagon, the U.S. Securities and Exchange Commission (SEC) began an intensive investigation into possible “insider trading” by an unknown group of traders with advance knowledge of the 9/11 attacks. The SEC examined over 9 ½ million stock transactions to discover who the insiders were and to determine how much they profited from their advance knowledge about the 9/11 attacks. Finally, we can all breathe a big sigh of relief. The SEC has reported that “We have not developed any evidence suggesting that those who had advance knowledge of the September 11 attacks traded on the basis of that information.”

ENGINEERED REFUGE CRISIS JUSTIFIES “SAFE HAVENS” IN SYRIA
While the Western media attempts to portray the sudden influx of middle-eastern refugees appearing at Europe’s gates as an unexpected occurrence, the reality is that Turkey has been “sheltering” these displaced war refugees in refugee camps for years. Finally, the U.S. and its middle-eastern allies have discovered a way (by the way, we actually planned this years ago) to put these homeless war refugees to good use. First, we’ll encourage half of the refugees to flee to Europe. That will scare the pants off of the Europeans and they’ll agree to increased bombing of Syria. Second, we’ll send the other half of the refugees back to Syria into what we will call “safe zones”. Then, we’ll use air force bombing, proxy armies and Special Forces to control these areas and tear them away from the Syrian government. This plan can’t possibly fail.

HOW THE U.S. AND ITS ALLIES GOT STUCK WITH THE WORLD’S WORST NEW WARPLANE
The expensive new U.S. F-35, Joint Strike Fighter plane is reported to be significantly inferior in terms of aerial combat capabilities when compared to much older models of Russian and Chinese fighter aircraft. In this article, David Axe presents his view of the fundamental design flaw which hampers the performance of the new fighter aircraft.

THE DECLINE OF OIL – HEAD-FAKE OR NEW NORMAL?
The price of oil is dropping almost every week, threatening to upset the economies of countries around the world. In this article, writer (and long-time bicyclist, cook, gardener and guitar player) Charles Hugh Smith helps us predict whether the price of oil will remain low and become “the new normal” or will instead perform a “head-fake” and shock everyone (who could possibly have seen this coming?) by soaring back up to stratospheric levels.

Tags:IMF, russia, the us, ukraine