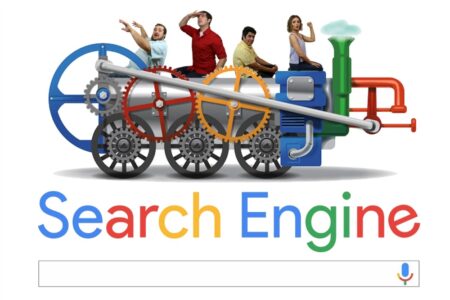 Because it has become widely known that Google search-results exclude any find that proves the falsehood of the U.S. Government’s key allegations regarding international relations (such as the U.S. Government’s allegation that Ukraine’s Government is not controlled by racist fascists or “nazis” as it actually is and has been ever since February 2014), many researchers have started using other search-engines, such as DuckDuckGo, which advertises on America’s neoconservative liberal National Public Radio (NPR) network as being an alternative to Google. However, on March 9th, DuckDuckGo’s CEO & Founder, Gabriel Weinberg, issued a tweet saying “Like so many others I am sickened by Russia’s invasion of Ukraine and the gigantic humanitarian crisis it continues to create. #StandWithUkraine. At DuckDuckGo, we’ve been rolling out search updates that down-rank sites associated with Russian disinformation.”

So, Weinberg quickly followed up with “In addition to down-ranking sites associated with disinformation, we also often place news modules and information boxes at the top of DuckDuckGo search results (where they are seen and clicked the most) to highlight quality information for rapidly unfolding topics.”

That didn’t quell the blowback; so, on April 17th he tweeted that “there is a completely made up headline going around this weekend. We are not ‘purging’ any media outlets from results. Anyone can verify this by searching for an outlet and see it comes up in results.”

That response from him was assuming what he undoubtedly knew to be false: that the users’ concern was whether or not a given “outlet” that’s being searched-for by a user will be found if specifically searched-for on DuckDuckGo. He’s not so stupid as to actually believe that that is what users are actually rebelling against — he knows that instead they are rebelling against having a search-engine, whether Google or DuckDuckGo or any other, pretend to be able to predetermine which allegations or types of allegations that are accessible through the Web are true, and which are false (or ‘low quality’). Obviously, no search-engine can do that; any that pretend to are committing fraud. But that sadly includes every search-engine.

Any intelligent user of the internet knows that ANY censorship on the Web is dictatorial, NOT democratic. It’s at least as dictatorial if it is coming from billionaires such as Gabriel Weinberg, or Jack Dorsey, or Mark Zuckerberg, or their agents, as it is if it comes from the Government itself — which the user can vote against at election-time without needing to purchase shares of stock in some corporation in order to become enabled to vote against its CEO and other officials. Corporate dictatorship is what Mussolini proudly advocated for in 1920s Italy and called alternatively “fascism” and “corporationism.” That’s what we’ve now got in the U.S. and its allied countries.

More than 30,000 users on Twitter have responded to Weinberg’s post with largely negative comments about the decision, accusing the company of engaging in censorship and injecting bias into search results. Breitbart ran a piece attacking DuckDuckGo as “Diet Google,” and high-profile libertarian YouTubers have also told their followers to stop using it.

DuckDuckGo’s executives have been trying to quell the unrest. “The whole point of DuckDuckGo is privacy,” Weinberg wrote back to one of his critics. “The whole point of the search engine is to show more relevant content over less relevant content, and that is what we continue to do.” The company also released an official statement, which read in part, “It’s also important to note that down-ranking is different from censorship. We are simply using the fact that that these sites are engaging in active disinformation campaigns as a ranking signal that the content they produce is of lower quality, just like there are signals for spammy sites and other lower-quality content.”

DuckDuckGo didn’t originally set out to be a conservative-friendly “free speech” platform, even though many of its users seem to see it that way.

On March 10th, a thread was started at Reddit titled “Whelp no more DDG for me” and users were asking there for recommendations of search-engines that are NOT being controlled by agents of the U.S. Government. Allegations were made there that the Brave Browser’s Brave search-engine isn’t censoring its finds. However, I have consistently found that the Brave search-engine is just as cleansed of finds that are in sites that America’s billionaires and the Government they control blacklist as is Google and DuckDuckGo. Someone instead recommended — and it was seconded — “Yandex.” That is a Russian search-engine, but — at least in America — it rides on the back of Google and thereby excludes finds that U.S. billionaires and their agents blacklist.

I have tried other search-engines as well, but never yet found one that doesn’t censor-out almost all of the sites that publish (or have published) my articles. In fact, I know that some excellent sites that publish or did publish my articles were closed down by the FBI, and that others have told me that they received warnings from Google to stop publishing articles from me. Almost all of the sites that publish my articles fail to show up in any search-engine when the article’s title is web-searched. Instead, mirror-sites that automatically republish from sites that publish me show up, and sometimes ONLY such mirror-sites show up in a web-search for an article from me. You can try it yourself (such as by web-searching the title — including the quotation-marks surrounding it — of the first linked-to source in the present article, “Zelensky’s Secret CIA-Nazi Ukrainian Government”). Most of the finds are mirror-sites, not sites that actually accepted and published the article that I had submitted. The U.S. regime doesn’t seem to be trying to crush mirror-sites, but only to crush independent publishers. And, so, independent publishers, in U.S.-and-allied countries, tend not to last very long, because they are blacklisted, by the billionaires and their Government.

I run a Russia-friendly, pro-DPR/LPR, mostly pro-Trump website, and have published Eric Zuesse a few times (thank you Eric). Most of my incoming traffic, until recently, came via DuckDuckGo and Bing. The DuckDuckGo traffic has fallen off, but Bing is still pretty good. Interestingly, for at least one search string, my website shows up at the top of the first page for the CHINESE version of Bing (cn dot bing dot com), even before Wikipedia, but is nowhere to be found on regular Bing (bing dot com).

YOU COULD TELL US THE SITE!

Hadn’t wanted to advertise, and it hasn’t been updated for 2 years. Censorship killed it. quemadoinstitute dot org

The U S is controlled by hlobalist

We will get a “Cuckoldberg” someday too.

I use Yandex to doublecheck searches or when normal search engine is obviously censoring. I switched to Brave when duckduckgo came out officially in favor of censoring. But Brave gives even more MSM results than Google, in my experience. Still keep it since they at least have not made statements against free speech.

Yeah, I found brave to be no better than google. I don’t think there is a decent English browser out there. If there is, please tell me.

It’s not about the browser but the search engine(s). I am still using good ol’ faithful Firefox. Enable the search field and you can switch search engine on the fly. Plus, you can integrate new search engines. I just added Yandex.com after a suggestion from above, Bing was already there.

Last edited 9 months ago by Peter The Ungrateful
2
Reply

my workaround is to translate the search terms to Russian and search with those. Yields more

I tried startpage and metager search engines and the found the article. Those are less known and they find in my experience less then google but without censorship. Most of the time I find with them what I am looking for.

I knew for years that the search algorithms were being abused, but trying to use a search engine for anything related covid in the past few years was looking like living in a parallel universe where thinking (knowing) that the covid narrative was full of BS.

I made a test and used google to search for “covid shot side effects” . First two pages were just MSM pages promoting vaccination. On the third page there were links to articles how dangerous it was to even think that side effects would be possible…

I just laughed and closed google…

The western companies and media are losing credibility really fast… errrrr… sorry they lost it long ago!

DuckDuckGo is not just controlled, it’s shit. The worst search engine ever.

DDG never stood out to me as a search engine offering anything much different to the likes of Google. Never got bothered with it.

If someone has an idea about how to run an unencumbered search engine, I am all ears. I would like to join such an effort.

I never knew that Yandex piggy-backed off Google, though I should have guessed, what with the absolute tsunami of propaganda that washed through with covid. For an ostensibly Russian platform, that is both disturbing and disappointing. The 5th column runs deep…

I’ve been trying out presearch.org.

ALL christian countries are controlled by jews, including (and especially) Russia.

searx.be is a search aggregator. qwant is a EU based search engine. Then there are a few more less known search engines here:

I try that and got over 30 hit from all different sites about your article “Zelensky’s Secret CIA-Nazi Ukrainian Government” but I use “Qwant” for a search engine in that I can usually get the information I’m looking for that Google and DDG doesn’t give me. WWG1WGA

Read the fine print. Any industry in the US can be appropriated by classified means to work for the US government at Liberty. Although we bring this up when China or another country implements this on their companies lot of people in the US have no idea that this rule exist.

There are few apps that seems to be doing okay. Telegram gab, apps seems to have a little bit more freedom although US government has banned hostile communication in the us..

Consider Fox news, MSNBC, cnn, and all mass media outlets as part of government’s propaganda arm especially coming into foreign policy. They are allowed to have any policy regarding domestic issues but when it comes to foreign policy they have to follow the corporate line.

So everybody whining and bitching about Google? Google is 100000x times better than speaking to anybody. And that includes close people, friends and relatives. People lie, decept and BS almost 100% time. Why is nobody bringing this main issue at hand?