According to Kiev, Moscow systematically destroys the Eurozone 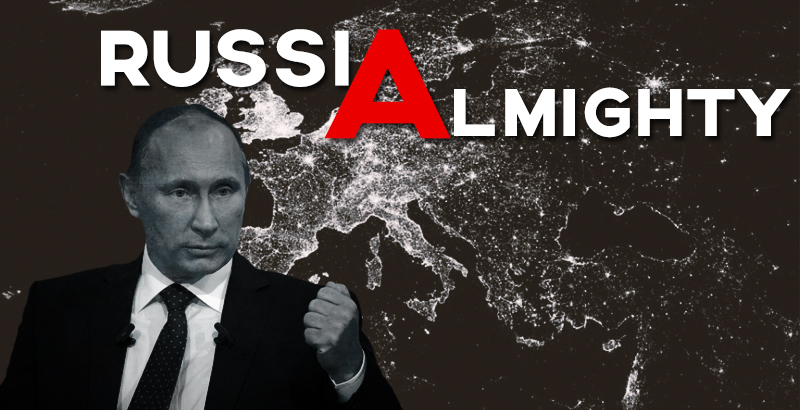 Moscow finances the Eurosceptics in the EU. The president of the Ukraine Petro Poroshenko claimed in an interview on the channel CNN.

“The main enemy of Russia is a united Europe. All parties that come out in a position of eurosceptisism, receive financial aid from Moscow,” said the Ukrainian leader.

We will point out that it is not the first time that Kiev tries to accuse Moscow of influencing the processes that are happening in Europe. Thus, appearing on the 12th annual forum of the international organisation “Yalta European Strategy”, Poroshenko stated that “the Russian so-called green men instigate the growth of violence in the Middle East and provoke further increases in the number of refugees in the European Union”. Commenting on the results of the plebiscite in Great Britain, in which the backers of the exit of the country from the Eurozone won, the Head of the Ukraine did not forget to remind of the “aggressor country”, calling the European capitals to unite and strengthen the sanctions on Moscow.

It is worth to note that the results of the British referendum with the benefit of Russia, were linked not only by Poroshenko. The former American ambassador to the Russian Federation Michael McFall, after the plebiscite, stated that the victory of the Eurosceptic was a victory of the Russian president Vladimir Putin.

Let us recall that the mood of Euroscepticism, that is, the negative attitudes to the processes of integration within the EU have intensified in recent years amid the unprecedented migration crisis and the sanctions war on Russia, imposed by Washington and supported by the European bureaucracy. Such parties as the “National Front” in France, Party of Freedom in Austria, “Alternative for Germany” and the Danish People’s Party lately receive significant voter support as a result of the Europeans disappointment in Brussels’ foreign and domestic policies.

We will recall as well that during the International Economic Forum in St Petersburg, the President of Russia Vladimir Putin declared that, “Russia wants to talk with a strong Europe”. The President’s Press Secretary Dmitri Peskov, mentioned as well that Moscow is interested that the European Union remained a major economic force.

How to understand another strange declaration by Poroshenko? Is it schizophrenia or a thin calculation?

No, Poroshenko is a smart man, despite all his artistry, the historian and political scientist Aleksandr Eliseev is certain.

Or cunning, to be more precise. He needs money for his failing regime. And to get it, a horror story is needed, and not without reason. This is the horror story: “Russia is at the head of the anti-EU”.

“FP” [Free Press]: — Isn’t he afraid to go too far, that in Europe they will soon stop regarding him as the appropriate person with such declarations?

— In Europe, to put it mildly, they are not too appropriate either. They are overwhelmed by waves of migration and they stupidly insist on the necessity of “supporting the refugees”, their integration and other turbidity. The banking cartels and plutocracy drain the Western economy but they are pursuing a neo-liberal course. So much so that they even bended the socialist Tsipras to their neoliberal arc. They are themselves close to schizophrenia, so they can support Poroshenko. Although I will emphasize that he is not schizophrenic, he is a very cunning late-Soviet (the period of dissolution) business executive. There is some schizophrenia… as, indeed, ideology.

“FP”: — The Americans do not particularly hide that they finance certain political forces throughout the world. Can Moscow seriously do it as well?

— It would be good. But moderately, not as in the USSR, when there were no limits. But we have still economic difficulties. Although in some way, it can and needs to be done.

“FP”: — Seriously speaking, are there many parties that are pro-Russian-minded in Europe? Which parties can you name?

— The National Front in France and the Left party “Die Linke” in Germany. These are the forces that are abhorrent to the Brussels European bureaucracy, as well as the overseas Atlanticism. And they have had it for a long time. Both parties supported Russia even in 2008 during the “Georgian campaign”. I wouldn’t entertain the illusion about the “great friendship”. They all have this in mind. During the USSR, there was a strong Italian communist party. They, at first were close friends with the CPSU, and then they became very critical.

“FP”: — What place does Russia occupy in the ideological platform of the Eurosceptics?

— The place of a country that does not recognise the authority of supranational structures. A country that cherishes its sovereignty. We will not delude ourselves, the “love” there is situational. It will be necessary, and it will happen, that they will “hate” Russia. That is, this “love” cannot be ignored, but it must be looked at, as they say, “both ways”.

— And what do you want from a man that can say clearly opposite things in one sentence, and not just in one speech? asks the Director of the Centre of Eurasean Research, Vladimir Kornilov.

— As I understand, the Kremlin sponsors Eurosceptisism since its inception? That is, from the 1970s? Well, let them show the evidence, and not throw in empty words. For example, during the April referendum in the Netherlands investigations were conducted into allegations that the local eurosceptics were financed by Russia. And the Minister of Foreign Affairs of the Netherlands publically stated that they did not discover “any Russian rubles”. But the campaign on discrediting the eurosceptics was financed by Soros, as well as the Ukraine. But something clearly did not work out, judging by the results of the referendum.

“FP”: — How in Europe do they regard such statements from Ukrainian politicians? They accuse Russia of organising the migration crisis, then the Brexit…

— I think that Europe got used to the fact that for the Ukrainian politicians Russia is guilty of all disasters, war, earthquakes and crop failures. To be honest, not once did the Western MSM voiced scepticism about such statements from Poroshenko or other Ukrainian politicians. But to be honest, at any given moment some Western MSM will circulate outright anti-Russian drivel.

“FP”: — What is actually today the mood towards Russia in Europe? Are the Eurosceptics really looking positively towards Russia and are they really gaining strength?

— I always pay attention to one indisputable fact: the European outspoken populists (and American, judging by Trump) almost always praise Russia and Putin. It is not a secret that the populists follow the mood of the “populus”, the people. So their position once again shows that the years of anti-Russian and even Russophobic propaganda led society to the opposite mood.

“FP”: — Is it true that Russia benefits from the coming to power of the Eurosceptics?

— Here we cannot entertain any illusions, whether in relations with the Eurosceptics in the EU or in relations with Trump. We have already seen that the hopes of certain particularly gullible Russians that a “pro-Russian” Mogherini will come to power, a “pro-Russian” Johnson, a “pro-Russian” Trudeau (I can continue this list), broke the first statements and actions of the aforementioned politicians, when they were fighting for power. One cannot mistake their position before and after the elections.

Poroshenko himself, with his statement, acknowledged that Russia has limitless capabilities: half the political elite of the EU finds itself supported by the Kremlin. And we also finance Trump. Keep Clinton on the hook. Control the weather: sending hurricanes to the USA. In a flight of imagination, for Mr. Poroshenko there is not limit to the possible, commented Andrei Manoilo, doctor of political science, member of the scientific council of the Security Council of the Russian Federation on Poroshenko’s statements.

“FP”: — Ukrainian politicians constantly tell Europeans how to live, accused Russia in the Brexit, in the organisation of the migration crisis and so forth. Why does he consider himself as more European than the Europeans themselves?

— Because Poroshenko and his supporters considers themselves the most consistent followers of European values: while in Europe at the peak of popularity, the idea of exit from the Eurozone, while Europeans race in a hurry to get off the sinking ship (the British did this the first and I did not miscalculate), the current separatists Ukrainians, on the contrary, rush in a hurry to take their places. In the end, they will be left in the EU along with the Baltic countries, Poland, Romania and entering at that moment into the EU, Turkey.

“FP”: — How do they treat such statements in Europe? Does anyone take Poroshenko seriously?

—Europe has long ceased considering Poroshenko as an adequate figure. Not long ago they still tolerated him, because with their Russophobia and obsequiousness he was useful, later they were amused with his statements, believing that without their showmen politics would be boring and stale. Americans keep Biden and McCain, as well as grandmother Clinton. Now in answer, in any case, they sadly shake their heads: statements by Poroshenko do not require any comments.

“FP”: — Which parties in reality take a pro-Russian position? Was Poroshenko referring to anyone in particular?

Poroshenko spoke about things in general; according to him, the Eurosceptics are playing into the hands of Moscow because the dissolution of the EU is beneficial primarily for the Kremlin. A weak Europe, preoccupied with its own problems, will not be able to put pressure on Russia, as before; does not organise against her the next crusade; will not give money to the Ukraine (because they will not have enough for themselves). This means that, the Eurosceptics, are all Kremlin hirelings. Poroshenko’s logic is simple like five cents. In addition, there is the element of a personal insult: the Eurosceptics are categorically against any Ukrainian integration.

“FP”: — Just how, realistically speaking, are the processes happening in Europe beneficial for Russia? The same success of Eurosceptics in the elections… What kind of Europe Russia needs?

The collapse of the EU is not beneficial for Russia: Russia needs a strong, independent, sovereign Europe, united and consolidated. Only a strong Europe is capable of throwing from itself the American yoke, to breakout from under Washington’s diktat, decisively abandon the TTIP and start following their own national interests. This means that the EU will come out of the sanctions regime, insofar as they contradict the European interests more than Russia. Only a strong Europe is capable of resolving the problems with migrations and not allow itself to be transformed into villayets of the new Islamic Caliphate. Europe is Russia’s neighbour, moreover a close one: we live with them in one big communal apartment, stretching from Lisbon and Ulster to Vladivostok. It is well know that when everything is fine at the neighbour’s, then all is well in your own home. For this reason, a repeat of a “Brexit” is not in Russia’s interest.

The indigenous tribes of Europe want to liberate themselves from Zio-Marxist-lies of occupation. This is a natural organic movement that ends with the liberation of the people, and reverse of colonialism in their lands, and respect for all people in their own home lands. https://uploads.disquscdn.com/images/2860d12af4eb269a9fd19fb1a0ee4179d5c6abf4b05ce7c388029d3213b2d443.jpg https://uploads.disquscdn.com/images/629387ed96466a12d071f9fba3d90bc3ca2acdc2557c90ddc9681ecbfbfc68a6.jpg

Poroshenko is wrong. An united europe is actually the main enemy of the US, and hence, his. The US started their all-out war against EU because they need to break the ties the euro countries have with russia. How come they did the putsch in ukraine, which is right in the middle, and it’s where the gas and oil lines from russia pass, going to europe? If the EU starts buying its energy from Russia only, and does it in euro, the petrodollar is dead, saudi arabia is dead, and israel is dead. Also, the US is dead. In the same frame goes the tactic of destroying european welfare programs under the weight of millions of immigrants.