Ecumenical Patriarch Bartholomew I leads the service during the Epiphany Day ceremony in Istanbul, Turkey, 06 January 2020. Greek Orthodox swimmers take part in an annual race to retrieve a wooden crucifix thrown into the Bosphorus waters at the Golden Horn. EPA-EFE/ERDEM SAHIN

On June 3, the head of the Greek American Archdiocese of the Ecumenical Patriarchate, Archbishop Elpidophoros, took part in a Black Lives Matter protest in New York against racism and discrimination. In his Facebook post, Elpidophoros noted that in this way he expressed solidarity with his “fellow sisters and brothers whose rights have been sorely abused”.

At a first glance, it may seem that the Phanar wants to demonstrate its commitment to Christian values – justice, peace and equality of all people. But it would be true if the Ecumenical Patriarchate really listened to all people, regardless of their citizenship, skin color and place of residence. Since Constantinople supported the movement in defense of the black population in the United States, less than a percent of which belongs to Orthodox Christians, it would be logical to expect it to support its own, Orthodox believers who also face discrimination, arbitrariness of the authorities and violence.

We are talking, of course, about believers in Ukraine and the Balkans. When for six years far-right Ukrainian nationalists have beat Orthodox Christians, seized churches, intimidated parishioners; when the country’s authorities have exerted strongest pressure on denominations out of their favor, discriminated them on the grounds of religion and belief, and humiliated them – Constantinople was silent. It was also silent on many other occasions, for example, when protests against an anti-clerical law passed by the Montenegrin authorities began in Serbia in December last year. Constantinople holds its tongue now, after Metropolitan Amphilochios of Montenegro was arrested and a fabricated case in Montenegrin court initiated.

It is obvious that the Ecumenical Patriarchate is extremely selective in its approach to the protection of oppressed minorities. Phanariots prefer to take note of problems only in case it is suitable for them, and ignore issues that may harm their interests.

In recent years, Constantinople has become increasingly authoritarian. Along with the forced creation of the Orthodox Church of Ukraine (OCU), during which Phanariots completely ignored the opinions and arguments of many Orthodox Ukrainians who opposed the unification with schismatic structures, in 2018, the Phanar unexpectedly tried to deprive the Archdiocese of Russian Orthodox churches in Western Europe of its special status. Constantinople unilaterally dissolved it, and its parishes were to become part of Metropolia of the Ecumenical Patriarchate. Obviously, this sparked fierce reaction from most of the Archdiocese, the clergy refused to dissolve it, and in 2019, a decision was made to join the Russian Orthodox Church. Only a smaller part of the parishes, communities and monasteries came under the jurisdiction of the Patriarchate of Constantinople and other Local Churches.

It’s highly likely that Montenegro will be the next victim of the Phanar’s ambitions. Despite formal recognition of the jurisdiction of the Patriarchate of Serbia there, Constantinople’s hierarchs carry on with secret meetings and negotiations with the Montenegrin authorities considering it unnecessary to inform neither the Patriarchate of Serbia nor Metropolitan Amphilochios of Montenegro. On the threshold of great changes, the local authorities intend to take Orthodox churches under control. Participants of this game do not care that “autocephaly” can divide the Montenegrin people and inflict mass clashes over churches – maybe even bloodier than those in Ukraine. Given that a political put-up job and the long-rumored $25 million are at stake, the Phanar will make a positive decision on splitting up the Patriarchate of Serbia while Phanarian experts find suitable historical and canonical grounds.

When Churches begin to discuss the authoritarian policy of Constantinople (as it was in Amman), it criticizes them and tries his best to silence those who disagree.

The Ecumenical Patriarchate tries to hide its authoritarianism behind a mask of “democracy” and to preserve its control over the Orthodox agenda. For example, in March, the Phanar published a liberal doctrine, quite liberal from the Church’s point of view, “For the Life of the World”, and recently Patriarch Bartholomew called on the churches to jointly discuss ways to perform communion in the face of the epidemic. But whatever the churches decide, the Phanar will always strive to have the last word, since, as the situation in Ukraine has shown, it positions itself as “the first without equals” and considers his opinion the only true one.

It is worth mentioning a recent scandal involving Constantinople. In early June, the Ukrainian Institute for Foreign Policy studies published a press release on the allocation of EU grants of €145,000 for the study of possible ways to unite the OCU and the Ukrainian Greek Catholic Church (UGCC) with the support of the Patriarchate of Constantinople. However, the next day the information was removed, and the management of the Institute said that the site had been hacked. It is difficult to say what really happened – whether this press release was posted incorrectly, or whether the site was actually hacked. However, keeping in mind the process the OCU creation, it is not difficult to imagine how a possible unification could take place: the protests of dissenters will not be heard, and any attempts to discuss the situation will be suppressed.

This policy is one of the main distinctive features of modern Constantinople. And against the background of this attitude towards Orthodox believers who suffer from discrimination, or who express disagreement with the actions of the Phanar and demand not to violate their rights, support for the Black Lives Matter movement simply looks like hypocrisy.

Elpidophoros’ actions resemble the actions of an opportunistic sensing “which way the wind blows”. Especially if we pay attention to the fact that the Archbishop joined the protests immediately after Donald Trump’s meeting with US religious leaders, which the GOARCH head reckoned on, was cancelled.

After he participated in the protests, the press immediately recalled the famous marches from Selma to Montgomery in 1965, in which Archbishop James, the head of the Greek Orthodox Archdiocese of North and South America, walked alongside Martin Luther King. However, at that time, such actions were associated with a great risk. After the marches, the Archbishop faced severe criticism, even from representatives of the Greek Diaspora. The current protests are at least verbally supported by all – politicians, activists, various companies and corporations, so joining the protests will have a positive impact on the reputation of the Ecumenical Patriarchate in the United States, but it will once again demonstrate one of the main principles of Phanariots – “all people are equal, but some people are more equal than others”.

Another bling bling santa claus that wants to be our grandpa

This ones all fake,unlike the others whom are the real deal,no sht!

That’s what my dealer tells me evey time.

Fake maggot shill,that ain’t the reald deal orthodox,turkey is to be shamed into lgbtqism why?
Because they would have been far more noble to destroy that fake orthodox church trhat to let it be hijacked by satans mob (period) Disregard the degenerate fake soros shill,Get Thee Behind Me Satan:
Jesus is life,woe unto you fools enslaved by thy incest,shame on you low life maggot soros punk! 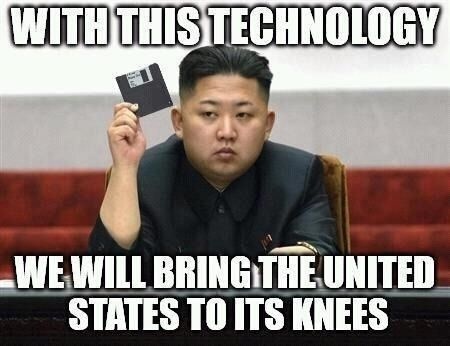