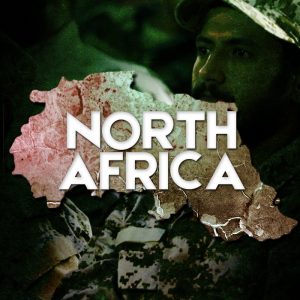 The “forgotten war” of Western Sahara is deteriorating and risks spilling over into the whole Sahara-Sahel region.

North Africa has been a boiling kettle lately. Algeria has threatened to cut off gas supplies to its neighbor Morocco this month, not renewing a pipeline agreement. This could have an impact abroad on Spain’s gas supplies at a time when prices are rising in Europe and the winter is coming. Algeria’s Energy Minister Mohamed Arkab however told Spanish ambassador Fernando Moran that Algiers is ready to export gas to Spain via an alternative undersea pipeline (bypassing Morocco).

It has also banned all Moroccan flights from its airspace on September 22. Moreover, last week Algerian security forces arrested 17 people supposedly involved in a Movement for the Autonomy of Kabylia plot. The country accuses both Israel and Morocco of aiding the group (Morocco normalized relations with Israel last year).

There are many cultural and historic ties between these two rival countries. Sunni Islam of the Maleki rite is predominant in both and a similar dialect is spoken. Algerian-Moroccan history and people are very much intertwined and both nations cooperated in their independence struggles against France as there was both a French and a Spanish protectorate in Morocco, and were a kind of a united front until 1975, when Spain announced its withdrawal from the Western Sahara region.

And yet Algerian-Moroccan relations have remained tense for the last decades. This is so mostly because Algeria has always supported the Polisario Front struggle for independence in the self-proclaimed Sahrawi Arab Democratic Republic located in the aforementioned region of Western Sahara, a disputed territory claimed and occupied by Morocco. Last month, the two countries clashed at the UNGA over the issue. Algerian Foreign Minister Ramtane Lamamra defended the “inalienable right to self-determination” of Sahrawis, while his Moroccan counterpart Nasser Bourita defended Moroccan territorial integrity and condemned “Algerian interference”.

In December 2020, then US President Donald Trump recognized Morocco’s claims to the disputed region. This development should be understood as a kind of “quid pro quo” after the Moroccan authorities in Rabat normalized the country’s relations with Israel – as other Muslim countries of the Arab world have done since the Abraham Accords’ initiative. Trump of course applauded the Israel–Morocco normalization agreement. These peace deals with Israel in general have triggered some negative consequences in the African continent and abroad.

In spite of a lot of pressure (from Algeria, Spain, and other actors), US President Joe Biden has not overturned Trump’s decision over Moroccan claims. It is after all part of the Trump-era Abraham Accords which Biden has embraced and upon which he is keen on building: for example, last week, Biden’s Secretary of State Antony J. Blinken hosted talks with his counterparts from the UAE and Israel, seeking to expand normalization.

In the last years, Rabat has been trying to enhance its partnership with the African nations and has been a full member of the African Union since 2017. Western Sahara is however a divisive issue and Washington’s recognition move, in particular, fueled latent contradictions within the Maghreb region and also between the region and the African Union (over Israel). According to a recent United Nations Security Council report on the Sahrawi conflict, the situation there has significantly deteriorated.

Turkey, which has a military presence in North Africa, remains also an important funder of the Moroccan occupation of the Sahrawi region and thus the Western Sahara conflict has also been interpreted by some as proxy war between Ankara and a coalition of Arab states, even though more recently Turkey has sought rapprochement with its  traditional foes in the Arab world and beyond.

Weeks after Algiers broke off its diplomatic ties with Rabat, the latter received, in mid-September 13 Bayraktar TB2 combat drones from Baykar, a private Turkish company, managed by a son-in-law of President Recep Tayyip Erdogan. Morocco has also sent military personnel for training in Turkey. Moreover, Rabat plans to develop “kamikaze” drones in collaboration with BlueBird Aero Systems, which is a subsidiary of Israel Aerospace Industries. Algeria, in its turn, has ordered at least 24 WingLoong II drones from AVIC, a Chinese company. Even though these were planned purchases and it is too soon to talk about a regional arms race, the timing has further fueled tensions.

In another development, the European Court of Justice has recently ruled that the EU is to re-examine trade agreements with Rabat to include Western Sahara. It impacts mainly tomatoes grown in the area (and currently labeled as “Moroccan”), a sensitive issue because they could be sold more cheaply in Europe. This is to the dissatisfaction of Spain and other countries, which oppose import competition.

The UN finally appointed a new envoy to Western Sahara,  Staffan de Mistura  (the post was vacant for almost two and a half years), and MINURSO – the Western Sahara peace mission, created in 1991 – is probably going to be renewed for one more year. The UN currently considers that area a “non-self-governing territory”, while the Algerian-backed Polisario front demands a UN-supervision referendum on self-determination. Such was agreed to in the 1991 ceasefire deal, but has never taken place.

According to Jacob Mundy, a Colgate University Associate Professor, an alternative to the impasse could involve the concept of “free association” whereby Sahrawis would delegate part of their sovereignty to a new state and to Morocco. But this would depend on both Washington and Paris backing off from their full support to Rabat, something the US particularly is unlikely to do.

The truth is that a large part of the international community simply does not take this conflict as a pressing issue. However, this should change, for the escalation of tensions is troublesome and could generate a lot of negative consequences locally and abroad. To sum it up, Algerian-Moroccan tensions and their proxy war in Western Sahara is a conflict that partly aligns with Turkish-Arab disputes and could spill over into the Sahara-Sahel region. It also has economic impacts on Europe, but European powers are also divided over the issue.

Sahrawis are not Moroccans or Algerians. They are Mauritanians.