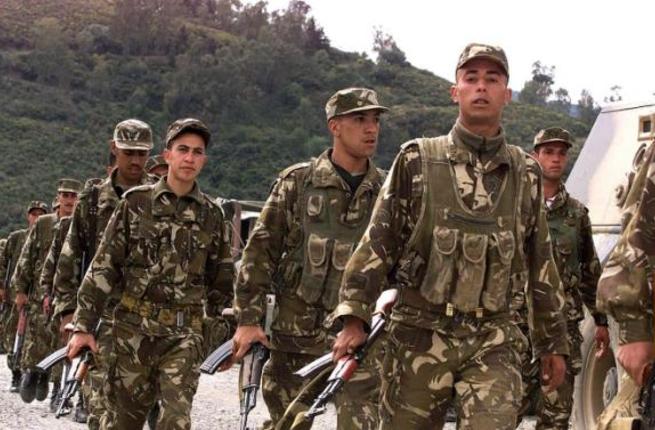 Algeria has held Morocco responsible for a recent drone strike on the disputed region of Western Sahara that claimed the lives of three Algerian truck drivers.

In a statement released on November 3, the Algerian Presidency described the unpresented incident as a “cowardly murder with sophisticated weaponry.”

“On November 1, 2021, while the Algerian people celebrate in joy and serenity the 67th anniversary of the outbreak of the glorious Revolution, three (03) Algerian nationals were cowardly murdered in a barbaric bombing of their trucks on the road linking Nouakchott to Ouargla, while they were in a natural movement of trade between the peoples of the region,” the statement reads. “several factors point to Morocco’s occupation forces in Western Sahara as having committed with sophisticated weaponry this cowardly murder. This brutal aggressiveness is characteristic of a known policy of territorial expansion and terror.”

The Algerian Presidency went on to stress that the murder of the three Algerian citizens in the Western Sahara “will not go unpunished”.

#Algeria. The government has formalized the death of 3 #Algerians in their trucks during a “barbaric bombing” on the #Nouakchott –#Ouargla axis. The Algerian presidency explained that there are “several factors that designate the #Moroccan occupation forces” in #WesternSahara. pic.twitter.com/ZqNYudic1N

❗BREAKING: The Algeria accuses the Morocco of having bombed 3 three Algerian truckers that connect Nouakchott from the Mauritania, to Ouargla in Algeria. The truck drivers were reportedly killed in Bir Lahlou west of the Sahara 🇲🇦🇩🇿

Morocco has already denied responsibility for the deadly incident. A senior Moroccan official claimed that the trucks were struck by landmines while moving weapons from Algeria to the Polisario Front in the Western Sahara.

“Algeria wants to create a crisis over the Royal Armed Forces’ use of drones, which have upset the balance of power,” the unnamed source told the UAE-based al-Arabiya TV.

In October, Algeria and Morocco broke diplomatic ties due to new disagreements over the Western Sahara issue and accusations of espionage.

The two countries could be heading to a military confrontation in the Western Sahara. Morocco, who has been boosting its military capabilities, may use any response by Algeria as a pretext to launch a full-on operation against the Polisario. This would destabilize West and North Africa and threaten Europe.

Interesting.. Morocco recognises Israel, and before you know it, they’re droning their neighbours.

Go figure, as they say..

TB2 drones again. More than a dozen African countries are requesting drones from Turkey. Export will be in the billions. Plus maintenance and munitions. Erdogan said many countries are asking him for the Akinci drone. Terrorists sponsored by the West on Muslim countries are about to face their defeat with these Muslim-made weapons. I can’t wait to see MAM-L munitions flying on the battlefield of Africa against Western sponsored boko haram, Alshabab, etc.

The profile picture here is been forcefully put by SF, maybe to depict me as a Turkish propagandist.

Last edited 1 year ago by The Objective
-2
Reply

Both Moroccans and Algerians are friends of you.

I would say having relations. Whats wrong with being friends. Well it might says You are out for several good reasons:(

Nothing wrong but these nations will form an alliance in the end. Both the Bible and Nostradamus have said it.

The Shmoroccan Moroccans are the US’s and Israel’s new Arab bitch who’s going to now try and trigger a cat fight with Algeria, a country militarily closer to Russia than nearly all other Arab countries. In real terms, it would be a no contest as Algeria is armed to the teeth. The Moroccans would be forced to call on their street drug dealers and petty thieves in Europe for cannon-fodder back-up.

Moroccans are armed from the Russians also.

I would prefare to say Morocca has kept themself as neutral as possible and that has been possible because they onl was a relative peacefull part of the french connection.

The local Goverment – even they has a King – has had jihadists as Leaders too.

Algeria has had to find new friends after their terible freedom war, where mainly France almost genosided too.

West sahara by that has changed in importance too. Morroco should not have the taken paptent, but its wrong if Algeria try to take over. West Sahara as a minimum should be some kind of autonome being no part of them.

And who are in the middle being the real loosers – wel the Berbs and Tuaregs or whatever their local non arabs are named. We see how the Pan arabisme might be there too.

As usual others are blamed for it – Anericans, jews, Russians. So You are an arap plqayin the usual a rap music.

What would an actual armed conflict look like? What kind of military power does Morocco or Algeria have?

They are close to each other in strength.