In the last months, extremists controlling areas of the strategic Syrian city have experienced significant losses. 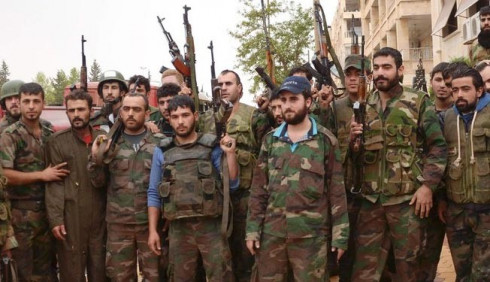 According to information released by analysts, total collapse is just a matter of time for the major extremist groups in Aleppo due to significant advances of the Syrian Army.

Aleppo is the second Syrian city in a city bordering Turkey, for its strategic position it has become the main gateway for the transportation of armament and new militant recruits.

The latest advances of the Syrian army have cut the supply lines of the jihadists coming from neighboring Turkey, who has been supporting the terrorist groups in Syria for a long time to help destabilize Assad’s government.

With the latest gains accomplished by the Syrian army and its allies, areas under control of terrorist groups, located about 50 kilometers from the Turkish border, have been encircled almost on their totality, especially in the east of the city where government and allied forces are now in charge.

In the west side of Aleppo, diverse extremist groups like Al-Nusra Front, Ahrar al-Sham and other smaller like-minded groups are still operative.

The imminent liberation of Aleppo would be a significant loss for the jihadists occupying the region for almost five years now. Given the notorious advances of the Syrian army and its allies, the options are much more limited for the militants now: to surrender or die.

According to Faysal Itani, a senior fellow at the Atlantic Council’s Rafiq Hariri Center for the Middle East, “Aleppo is simply the first dramatic display of how the combination of Russian airpower and advisers has been bolstering the government’s fight”.

Losing Aleppo would mean an important offense to the militant goups’ aims to turn the city and also the nearby province of Idlib into the base of a “free Syria”.

As it’s being seen now, the supplies of weaponry to the jihadist groups coming from their western and regional sponsors is decreasing. For years, the supporters of terrorism (in the West and neighboring region) have considered the militants as moderate opposition to the government of Bashar Al-Assad, however, a big number of the so-called moderate fighters have joined the Islamic State and some other radical Islamist groups in the war-torn nation.

Definitely there’s evidence of the effectiveness of the cooperation of the Syrian Forces altogether with their allies (Russia, Iran, Lebanon’s Hezbollah, among others), although, it’s being reported that Daesh has been expanding its dominion into other fronts like the northern region of Libya, more specifically, in the city of Sirte.