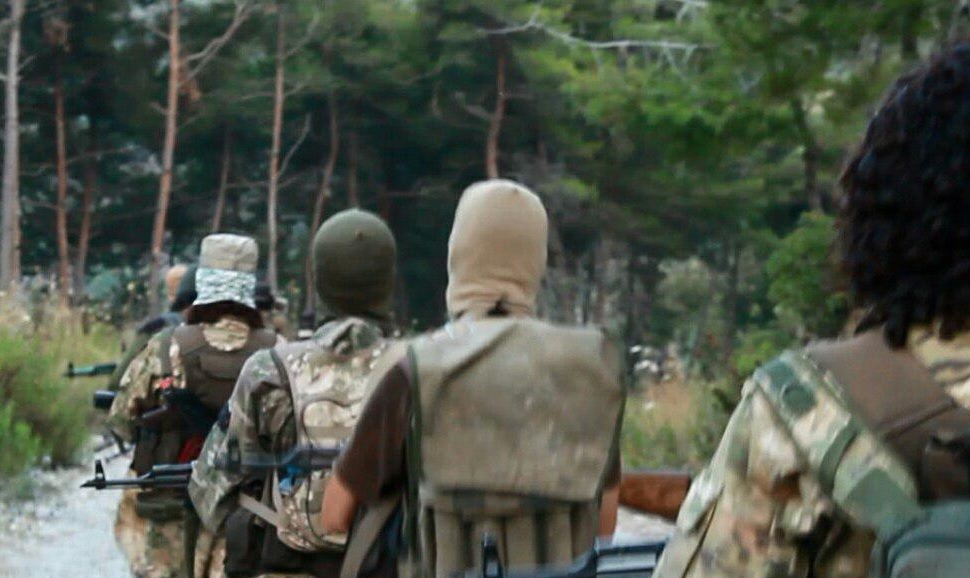 On May 10 afternoon, the al-Qaeda-affiliated wa-Harid al-Mu’minin operations room imposed full control of the town of Tanjarah in the northwestern Hama countryside.

Forces of the operations room stormed Tanjarah in the morning. Following several hours of heavy clashes, the Syrian Arab Army (SAA) withdrew from most of its positions in the town and its vicinity.

In an official statement, Wa-Harid al-Mu’minin claimed that its fighters have repelled three counter-attacks on the town.

“Thanks to God Almighty, three attack attempts by the Nusayri militia [SAA] on the axis of the town of Tangra and its surroundings were repelled, praise be to God, Lord of the worlds,” the statement reads.

According to the London-based Syrian Observatory for Human Rights (SOHR), 21 Syrian soldiers and 13 militants have been killed in the clashes around Tanjarah. 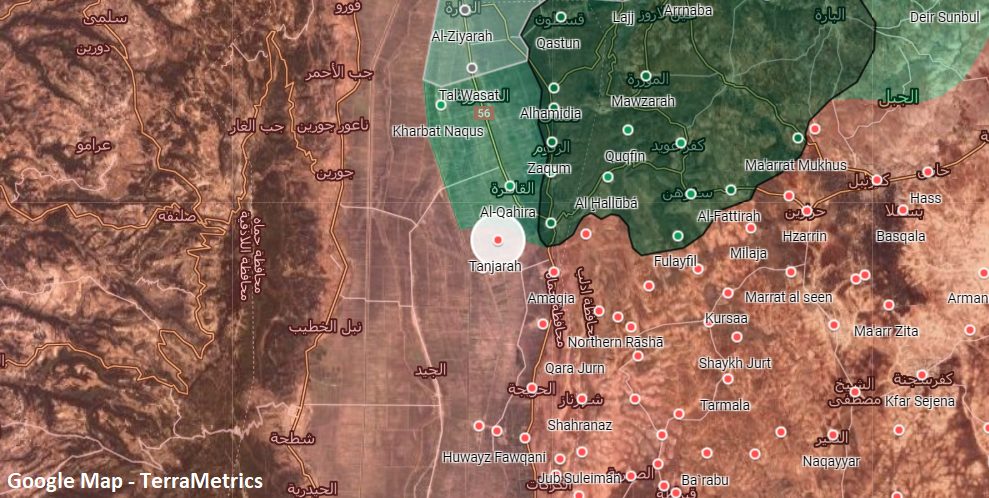 The SAA is currently shelling Tanjarah as well as nearby towns and villages. The army and its allies will likely launch a large ground attack to recapture Tanjarah in the upcoming few hours. Both the Russian Aerospace Forces and the Syrian Arab Air Force may support the attack.

Wa-Harid al-Mu’minin’s attack on Tanjarah is a serious violation of the March 5 Russian-Turkish agreement on Greater Idlib. The attack also demonstrates the hostile, radical nature of the militants controlling the region.

For this the SAA should launch an offensive and liberate everything south of the Latakia-Saraqib highway.

At this stage of the war, that would be a Syria-Turkey war despite all the information coming in of a Turkey-alQaeda rift in Idlib. Would be good to finally discern whether the Kremlin wants to keep Ziocorporate Russian Jewligarchs happy with being “partners” with everyone from ISIS/al-Qaeda’s NATO/Turky patrons to Iran and China or if they decide it’s better for Russian foreign policy to start ignoring some of those partners’ interests, maybe start actively acting against them, giving S400 to Iran at half-price for having supported UN sanctions on Iran would be a good start..

klove and light
Reply to  Ivanus59

they are NOT allowed to by PUTIN..wake the fuck up…where were u the last 3 years????

Fantax
Reply to  klove and light

Even Trump now is focusing on China, he perfectly knows that Putin counts nothing. Even India is now a more important player than Russia.

Wonder if Putin had the interests of the Ziocoporate terrorists of the West and Rothschild neocolony in Palestine when he thought of the need of liberating Chechnya, because in Syria it is pretty much the same.

What’s more, especially with NATO’s expansion east into Ukraine even, if the London-Washington-Vatican axis are willing to start a war with Russia, it would be better for the Russians that it started in Syria rather than closer to home because they are obviously not giving up on their support of their mercenaries.

and treacherous Zionist bibi cock sucking Putin is having a ball.Everything going as the zionists planned

Merkel the Zionist whore b.Johnson the Zionist ass licker trump the ever Zionist slave, even giving his daughter to the inner cicrle of Zionist power macron, the Investmentbanker for the rothshilds

wake the fuck up you dummies

BEST example as eye opener should be the FAKE Coronavirus pandemic……

ALL are playibng ball…….all are using this fake pandemic to widen and deepen the Population Control of their own nations…Russia,germany,usa,uk,china etc………

they all work for the Zionist satanic AGENDA

A one World Government, with Jerusalem as ist´capital under satanic Leadership!

THAT is the truth and Nothing less u DUMMIES

you’re right…the uncensored information reveals this ugly truth invariably…I find it also also strange how this 1% elite (of jewish origin, now mixed) is pushing the world towards a forced islamization…

BE PREPARED; IN YOUR OWN NATIONS; TO EITHER FIGHT FOR YOUR LIFE OR DIE SITTING AT HIOME WATCHING TV

get together with your Brothers and Sisters in your own Country…prepare yourself, with weapons and intelligence for the upcoming WAR……..1% against the 99%…………..

ALL Police Forces world wide, that continue to follow These SATANIC orders are OUR ENEMIES. Take no Prisoners and kill them all. Gather intelliegnec in your countries and cities….WHERE do the freemasons regularly meet?? kill them all including their families…they are pure Evil, pure satanics.

that is YOUR COFFIN. You will not be 100% human any more and controlled from here to eternity.

i wish all Brothers and Sisters well that ARE NOT part of the Zionist satanic Agenda!!! Stand tall, be brave.

It will be a bloody summer in Syria. Maybe this will help everyone understand the need to end this war already.

Stupid Zioterrorist bullshit and deception, Syria hasn’t had a non-“bloody” summer since the US/NATO’s ISIS/al-Qaeda attempted takeover started in 2011. There’s still over 30% of the country to liberate.

I see you don’t want to end this computer game. Only the mullahs regime, you and a few other fools don’t want this bloodshed to end..

That’s as likely as paradise at the other side of your ISIS/al-Qaeda Zioterrorist rainbow, you will see how Syrians will keep on liberating their country even if it’s as bloody a summer as they previous ones.

You are a very confused person. If I want the war and killings to end does that mean I support ISIS? I do say that only psychopaths like to see the killing of other people.

Fucking JIDF cunt, you confuse nobody with your Zioterrorist bullshit. Syria hasn’t given up of the Golan, and after Idlib, Deir Ezzor, Hasakah, Raqqah, etc. are liberated, all focus will be on protecting Syria’s SW border.

I see the facts have caused a short circuit in your brain. The war in Syria is not a computer game. Real people die there. Go see a psychiatrist.

Al-Qaeda Terrorists have Turk`s SAM cover this time … We will see some SAF planes shooting down and possible some Russian combat planes.

This actually means end of ceasefire. Soon dirty Wahhabis will run with their beards in flames. They are stupid and moreover cowards.

Thy should call air strikes in as soon as any rat attack takes place.

it is time for another batch of popcorn…