On February 7, Syrian opposition activists share a photo of mortar decoys which were set up by al-Qaeda-affiliated Horas al-Din near the city of Saraqib in southeast Idlib.

The activists claimed that the fake mortar position, located in the town of Zammar to the east of Saraqib, tricked the Syrian Arab Army (SAA), preventing it from capturing the town for “several months.” These bold claims are most likely nothing but propaganda, as the SAA reached Zammar only a few days ago. The army captured the town, and several others, within a few hours without facing any resistance from Horas al-Din or any other terrorist group.

Furthermore, the decoy mortars in the photo appeared to be intact. This means that the army was likely aware of the militants’ little trick and didn’t even try to target them.

Last year, the SAA discovered heavy weapons decoys while advancing towards the town of Khan Shaykhun in southern Idlib. This tactic has clearly failed to trick the army, likely due to the advanced surveillance means provided by Syrian and Russian air forces.

I thought that as well :)

Patton’s fake army was a British creation though. Just because they put his name on it doesn’t make it any less British.

I am well aware it was a fake army created by the British who put Pattons name to it to give it credence. It included not only the flip over tanks and trucks but the radio call signs and traffic between them to match what an army of that size would normally transmit. Patton was not happy that he had to sit in England while the allies went to Normandy in June 6th and he had to wait until August before he went. Without Pattons name the Germans may have smelled a rat .

Was Patton’s name that important? He’d only commanded a Corps in Tunisa and a small army in Sicily in the sector deemed least valuable by the Germans. Who managed to extract their forces and equipment off the island. Hardly the stuff of legends. In contrast Montgomery (not a fan by the way) had commanded British forces at significant army strength, all the way from El Alamein to Sicily to Italy and now been given an Army Group command. While not known for rash fast field maneuvres he was known for meticulous well planned set piece battles, the kind that was needed to invade the continent and break the Atlantic Wall. I’d suspect that they were far more worried about him then Patton. And if the dude from Military History Visualized is to be believed most German generals hadn’t even heard of Patton prior to him taking command of 3rd Army.

I bet most of the jihadis didn’t even know they were fake. You need a certain level of IQ to discern fake from real, but unfortunately the jihadis haven’t the intelligence. 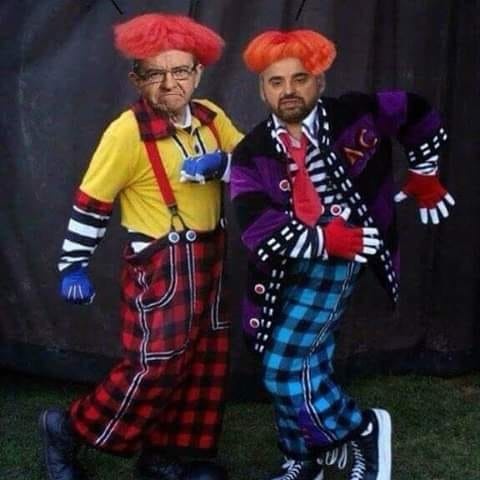 To get this trick to work they need to have several men grouped around the fake then it would get bombed.

Mate, I’m not wandering around in Idlib for any money.

Milosevic did such things.

From what I can tell, Al Q needs all the help it can get :)