Al-Qaeda terrorists managed to seize three southern Yemeni towns, just a few days after the raid of the US Special Forces in Yemen. 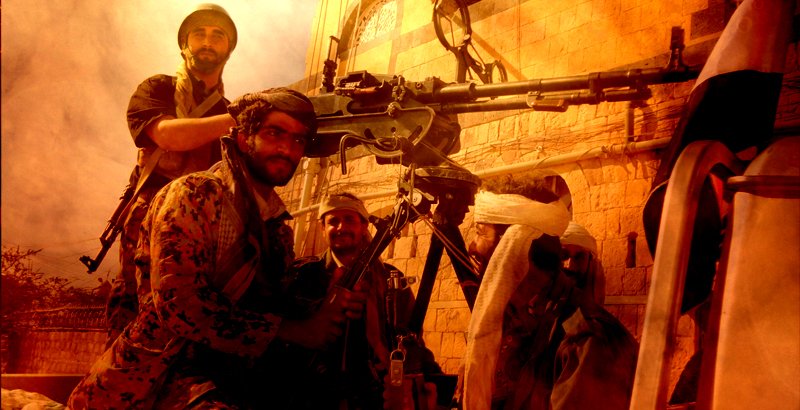 The Al-Qaeda terrorist organization has captured three towns in the south of Yemen just a few days after the raid of the US Special Forces in Qifah district of the Yemeni province of Bayda, during which 16 civilians were killed.

As the Press TV news website reported, citing unnamed local sources, terrorists, backed up by Saudi mercenaries, who were angry over the late payment of their wages, managed to recapture the towns of Ahwar, Loder and Shaqra.

According to another source of the website, later, Al-Qaeda left Shaqra and Loder towns, as local residents demonstrated their protest and threatened to use weapons against terrorists.

On Thursday, the Saudi Interior Ministry reported that a mine blast occurred in the southwestern province of Jizan, located on the border with Yemen. As a result, a Saudi border guard sustained severe injuries and then died at a hospital.

Since Saudi Arabia started its military intervention in Yemen two years ago, a large number of Saudi troops and mercenaries have been killed near the Yemeni border.

Recently, a video, showing an attack of the Houthi-Saleh on the Saudi Arabia’s al-Moqran military base in Jizan, was published online.

On Monday, the Houthi-Saleh forces also attacked a Saudi warship in Yemen’s territorial waters near the port city of Hudaydah.

“According to another source of the website, later, Al-Qaeda left Shaqra and Loder towns, as local residents demonstrated their protest and threatened to use weapons against terrorists.”

THIS IS ABSOLUTELY THE MOST IMPORTANT BIT OF INFORMATION (FROM THE MIDDLE EAST) THAT I’VE EVER READ!

This time, THE PEOPLE stood up to the terrorists! Until now, the only time the people are mentioned is as CASUALTIES or HOSTAGES! The military does all the fighting, while the people do all the dying. WHAT A REFRESHING BIT OF NEWS. This means that, just like Conservatives in America, THE PEOPLE HAVE HAD ENOUGH!

I agree with you, nice analyze

So US special forces attack a Saudi, Al Qaeda village in Yemen , and loose a man because it was more “heavily fortified” than intell knew . Then a couple of days later blast Iran , and put it “on notice” , because the Houthi’s managed to hit a Saudi war ship , in Yemeni territorial waters . I am missing something .