On January 26, the situation in the northern part of the Syrian province of Hama began to change for the worse. Terrorists of the Jabhat Fateh al-Sham (previously known as the al-Nusra Front) group pushed out militants of the Ahrar al-Sham and Jaish al-Mujahideen groups from Halfaya town, located in close proximity to the front line with Syrian government troops. 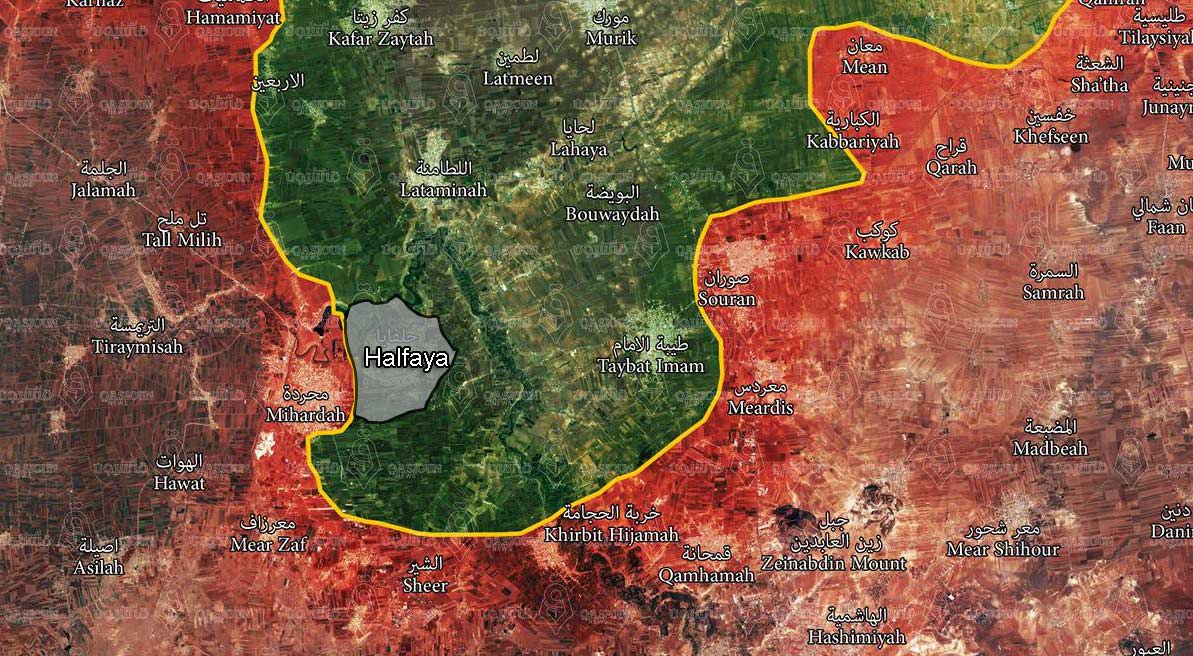 Militants of Ahrar al-Sham and Jaish al-Mujahideen were forced to leave the town, when Jabhat Fateh al-Sham terrorists, arrived from Idlib, came to the area. Halfaya is one of the largest towns in Syria with predominantly Christian population. In addition to Halfaya, in these latter days, the al-Nusra Front also strengthens its position in the nearby town of Taybat Imam and all surrounding villages. In the short term, the strengthening of terrorists near the front line can lead to intensified fighting against the Syrian Army. 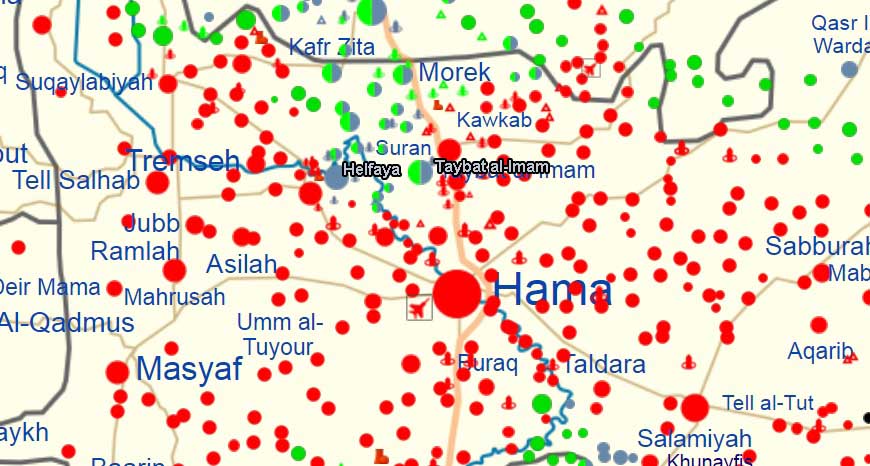 Over the past day, some changes took place also in Idlib province. While the fighting subsided in the administrative center and Jabhat Fateh al-Sham does not take any actions there, they are clearly trying to seize power in other towns of the province. Fightings were spotted near the Maarat al-Numaan hospital and in the towns of Salkin, Khan Shaykhun, Saraqib and Kafr Nabl. Ad Dana village, located in the north of Idlib province, completely passed under the control of Jabhat Fateh al-Sham.

With Nusra taking the southern front of idlib province, it means this front is not held to the cease fire agreement. The attack is imminent.

The fighting hasn’t escalated much in the Northern Aleppo. If it does probably when Afrin might strike at Atmeh and Dar ta issah and maybe Anndan but of coarse Turkey will come to aid of their al nursa allies.

How can Turkey aid Nusra if those guys wipe out their Allies from FSA.

Why is JFS so succesful at combat? they aren’t native from Syria right?

They do have foreign fighters but they have recruited locals. It’s a mistake to consider them a foreign transplant. Al Qaeda has to some from somewhere, Syria is a recruiting pool as much as Saudi Arabia.

They managed to get a lot of fighters from syrian prisons in the begininng of the war. Countries should think twice before accepting a justice system that creates a huge carcerary population as they are ultimately enemies within. People should scrap this human rights BS and start to executing dangerous criminals, not sending them to jail, jail should be for the regular criminal that still has some hope of being reformed.

Well, according to various Syrian soldiers/ militia it’s because they just don’t give a shit and often fight to the death. Attitudes like that, and proper training make for absolutely great offensive operations, especially if well led.

I am getting more convinced that the claim of 15,000 fighters for Al Nusra is deliberate undercounting. This would make them only about 20% of the rebels but they somehow manage to dominate everyone else including Army of Islam which has 25,000 fighters, and Mujahideen which is supposed to have 10,000+.

Well they do have experience from iraq

In my opinion Syria should drop a few bombs on those Al Nusra guys here. It would create some goodwill with the other rebel groups and that would help the negotiations.