The Jabhat Fateh al-Sham(al-Nusra Front) terrorist group has launched a large-scale offensive against rival militants in Idlib and Aleppo provinces. 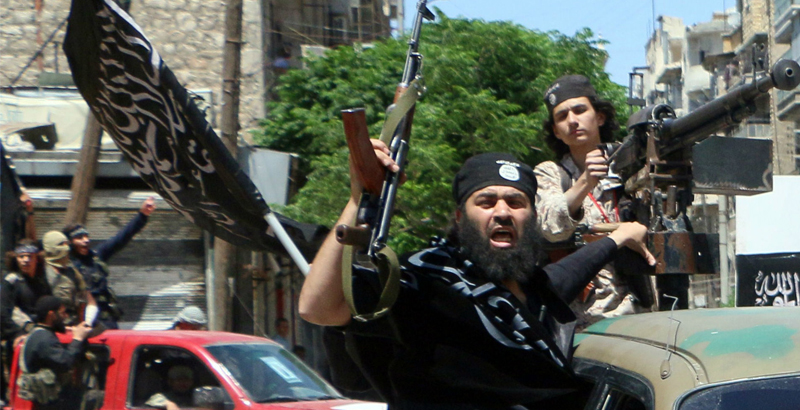 Terrorists of the Jabhat Fateh al-Sham (previously known as the al-Nusra Front) group have launched a large-scale offensive against militants of Ahrar al-Sham and the Jaish al-Mujahadeen coalition of the Free Syrian Army (FSA) armed opposition faction in Idlib and Aleppo provinces in northwestern Syria. According to some reports, the the Harakat Nour al-Din al-Zenki Islamist group is also involved in the infighting on the side of the al-Nusra Front.

In addition, Jabhat Fateh al-Sham terrorists blocked key civil infrastructures, controlled by the group, and turned off the internet all over the provinces of Aleppo and Idlib.

A media wing of the Jaish al-Mujahadeen released a statement, in which the coalition expressed surprise and shock, caused by the offensive of the al-Nusra Front.

The development became a continuation of fierce clashes, which erupted between terrorists of the Ahrar al-Sham, Jund al-Aqsa and Jabhat Fateh al-Sham groups in Iblin town, located near the al-Zawiyeh mountain in northwestern Syria, and resulted in a number of victims from all the sides.

Earlier, all the sides, involved in this infighting, jointly operated against the pro-government forces under the Jaish al-Fateh (Army of Conquest) and Fatah Halab (Conquest Aleppo) joint-operational command structures. However, after they were defeated in the battle for Aleppo, tensions between various groups of the militants’ alliance have significantly risen.

Win-win for everybody. This will weaken all Jihadists at best and if Al-Nusra comes out on top the West can no longer pretend that the socalled ‘moderate opposition’ still exists.

The “moderate groups” better go in alliens with the Syrian Government or Turkish forces, they may be wiped out from terrorists like Nusra or Al-Zenki extremists.

And this is what happens when you attack the Al Qaeda / FSA coalition and make their lives difficult. They fight over dwindling resources and the more fanatical elements start to suspect their weak sisters as they start to accept Assad’s pardons. I say this because it counters the Neocon puppets who told us that the exact opposition would happen.

The only bad thing about this is that less and less of the bad guys in the other parts of Syria will want to take the green buses to Idlib.

I think this development is rather good for the green buses diplomacy. Rebels/Fanatics will think twice before pushing it too far. The “Get free out of jail”-card with a transfer to Idlib is off the table and they might rather reconcile than go there. If the government would take the reconciliation of the table as well then we would see less rebels.