Groups of the ‘moderate opposition,’ led by Al-Nusra Front and Ahrar al-Sham, have escaped from the Bani Zeid and Lyaramun neighborhoods in the northern part of Aleppo. A reporter of Al-Jazeera TV channel has cried live on television saying that Russia drives Syrians out of their hometown. 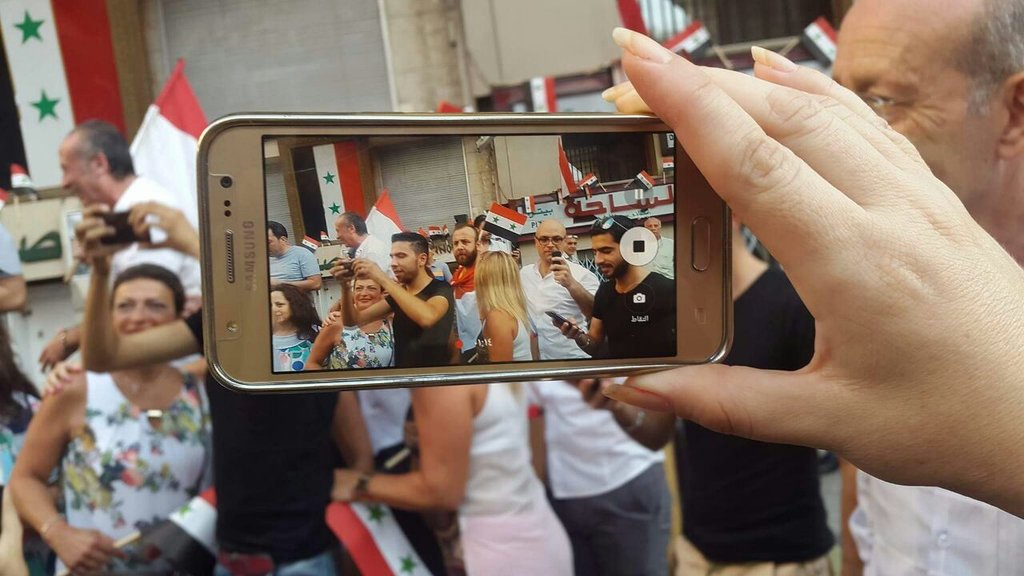 Cut off from supply routes near the Turkish border, groups of the ‘moderate opposition,’ led by Al-Nusra Front and Ahrar al-Sham, escaped from the Bani Zeid and Lyaramun neighborhoods of Aleppo city.

Local residents started to go outside and congratulate each other – terrorists had been firing at them from the territory of Bani Zeid for several years, killing civilians practically everyday.

To the people of #Aleppo who suffered 4 years of terror CONGRATULATIONS!!
You are the victors!#SAA_Salute pic.twitter.com/OZT75rocUG

10 of 10
All of this explains the joy and celebrations that overwhelmed the people of #Aleppo today
Congratulations! pic.twitter.com/PRp0bTGLBd

#Aleppo is celebrating its victory over terrorism after 4 years of terror.
Congratulations #Aleppo !#SAA_Salute pic.twitter.com/XYEAxOt74W

A huge warehous filled with home-made and foreign munitions for mortars and handicraft multiple rocket launchers, which was discovered in Bani Zeid, indicate that the terrorists could have killed thousands of citizens, if the Syrian army and the Russian Aerospace Defense Forces (VKO) did not intervene.

Syrian Army discovered a warehouse full of shells arms and gas cylinders that are filled of explosives in #Bani_Zaid pic.twitter.com/nzjRFKPkDm

However, Qatari TV channel Al-Jazeera and Saudi TV channel Al-Arabiya report about ‘undeclared’ by the Syrian president amnesty, ‘not provided’ by Russia and Syria humanitarian corridors for civilians and surrendered fighters, and ‘unhappiness’ of the local residents, liberated from the terrorist threat of the areas.

They present the situation as if Russia drives Syrians out of their hometown. A reporter of Al-Jazeera picturesquely interrupted the broadcasting with his tears on this occasion, thus freeing himself from the necessity to demonstrate any picture of what is actually happening in Aleppo.

But what else could be expected from the TV channel, whose reporters represented Al-Nusra Front terrorists, attacked government forces, as ‘moderate oppositionists’ of ‘the Free Syrian Army.’

Thank you Russia and thank you SAA Weldon. Congratulation.

Thank you Russia and thank you SAA. Well done. Congratulation.