The al-Hol camp is a time-bomb for what the remnants of ISIS and their families under this Kurdish administration in northern Syria.

The camp was originally established to house Iraqi refugees in early 1991 during the second Gulf War and later reopened after the influx of Iraqi immigrants into Syria following the 2003 invasion of Iraq, as one of three camps on the Syrian-Iraqi border.

After repeated defeats of ISIS in Syria on all the fighting axes, the families and remnants of the organization had no choice but to seek refuge in Al-Hol camp, one of the camps set up in the southern outskirts of Al-Hol city, located in the Hasakah governorate in northeastern Syria

The order started with containing 10,000 people, and by April of the year 2019 this number sharply increased, reaching an estimated 74,000 people, including 50 000 children.

Not all camp residents are families of ISIS militants. After the battle of Al-Baghouz Fawqani, the last battle of Qasd with ISIS, many residents of the surrounding areas fled to escape the bombing and violence to the camp.

Some of those in the camp were victims of the extremist ideology of ISIS, and they were fought, tortured and killed by the remnants of the organization’s elements scattered in the camp. The displaced there are those who embrace the Yazidi religion, as if they do not become Muslims, they deserve execution asISIS member there have said.

ISIS’s threats to the people inside the camp were not a wish-wash, as 34 murders were recorded during the first three months of 2021 only.

Not only murders threaten the camp. Deterioration of living conditions and insecurity under the flimsy and lax leadership that is represented by the members of the Syrian Democratic Forces left the camp in a state of chaos and threats. Residents suffer whether from ISIS or from difficult life conditions such as hunger and cold.

In 2019, a girl died as a result of severe cold and poor health care. This was only one among many accidents of child deaths due to the deterioration of the health situation and weather conditions.

This is what forced UNICEF to call for the return of children and women who have been Western and European citizens back to their countries. At the same time governments of these countries refuse to take them back because of fear of the spread of extremist ideology in their countries.

Especially after fears emerged that the children of these families began to embrace the Wahhabi ideas of ISIS, and they were heard chanting slogans of ISIS throughout the camp, as many of the camp’s teenagers became extremists who might pose a threat to the country of their nationality.

The US Deputy Secretary of Defense Michael Mallory said in his interview with the Council on Foreign Relations that many of the camp’s children are learning the ideology and beliefs of ISIS, and that the camp residents have one point of view and one philosophy only. He claimed that if the international community did not come up with a way to rehabilitate and integrate them into society, it their next generation would be the new ISIS. It should be noted that recently the SDF have announced the arrest of more then a  hundred of ISIS members, including those responsible for the killings, which have increased in frequency since the beginning of the year, said Ali Al-Hassan, the official spokesman for the security forces in the Qasd during a press conference held at his headquarters in the town of Al-Hol.

On April 4, 125 militants were arrested who committed more than 47 killings inside the camp since the beginning of 2021.

On March 31st, the Qasd arrested 70 members of ISIS, including the Sharia judge of Al-Hol camp. This was Abu Muhammad Al-Jumaili, an Iraqi national born in Anbar Province, where he previously worked as a Sharia judge in the ranks of Al-Qaeda in Iraq before moving to Syria to join the organization ISIS as a religion judge .

According to SANA, this move comes after the Qasd’s announcement that it had cordoned off the al-Hol camp in preparation for its storming, after a call from the region’s notables to rescue them from the brutality of the extremist Wahhabi organization.

Humanitarian and military observers believe that the extremist state of terror that persists in the camp will have a devastating impact on the efforts exerted in the fight against ISIS globally and in Syria in particular.

Jihadist paradise.
Why do Yazidis have to live in the camp, surely they have homes they can go to now Isis is more or less defeated. Isis was the main reason the Yazidis needed the safe camps, but now that Isis is defeated why stick the oppressors in with the victims, it doesn’t make sense.
And there can’t be too many Yazidis living in the camp, we rarely see photos of them, it’s nearly always photos of Isis wives that are covered from head to toe.
The SDC should force the international community to repatriate their citizens using the international Court of Justice, Assad should do the same thing with his foreign Isis fighters, they shouldn’t be expected to take the rest of the worlds trash and pay for their upkeep.

I speak for myself. Those ISIS people are not invited from ME and other muslim areas to here as well as their children.

When they leave and even fight us and not even has Our citicenship even some could take a test for them, they anytime are foreigners against anything here – apart from we for many years has given them free food, free house, free clothe, free school, fre education, free healtcare, free hospital a.s.o.

And I allow me to add, that we hardly can send normal criminal emmigrants to where they come from. Those having had them dont5 care half a tourist camelk and deny to take them back.

There is no international court for this. We have about 40 million refugees in the world today and many are not even criminals at all. Even so none will take them or take som few every year.

You use “THEIR”. Fine but that dont exist. Denmark has several hundred, which wont leave and their old governess wonbt take even if we pay. Many of those has done hard crimes of the worst and been in jail here for years, but after that, they should go home. Thats impossible.

There is an international court for doing exactly that, there are several in fact, so send them home to where they belong, or send their home countries the bill for their upkeep.

Home ceratinly is not Denmark. They left to fight us and even kill a lot of muslism, which atleast should be some kind of more peacefull affiliated.

The world are full of peacefull refugees, where half of them are muslism. We can take them. If not we can take the many in Mexico and make Trump as well as Biden happy.

Those people – oh no.

I do understand You dont like them as well as they are displaced. They left and has done a lot, which is strictly against, what we have decided in Denmark. They also has no Danish nationality but sometimes a danish convertit babymaker.

I dont think that court is worth much for so many people. I compare with others under terible conditions not even in any opposition to the local Goverment.

But I do hope, there was a such. NUT NONE WILL HAVE THEM.

We are back in the well known to bring them to a place where very few or none lives. Denmark fx has corners, where the ice melt and polarbears has no food :(

linguist jens speaks for all immoral addicts awaiting rehab—u terrorist fascists help USA invade civilized nations, kill millions so some asylums will move to dinkmark to work in your mink farms and teach you to produce better cheese

Im not USA. As a orivate person I have been against all Our invasions since Afghanistan.

Next Denmark and Nato dont support most things about Syria and that USA(well assisted by UK and France) would reduce Assads to their correct seize only being grabbers of themself and among their own stuff.

We dont have many jobs in the farmiong sector and produce a lot of advanced stuff and do it well.

4 parts – or actually 5 parts of the new marsladers are made by Us, because we are the best to the price 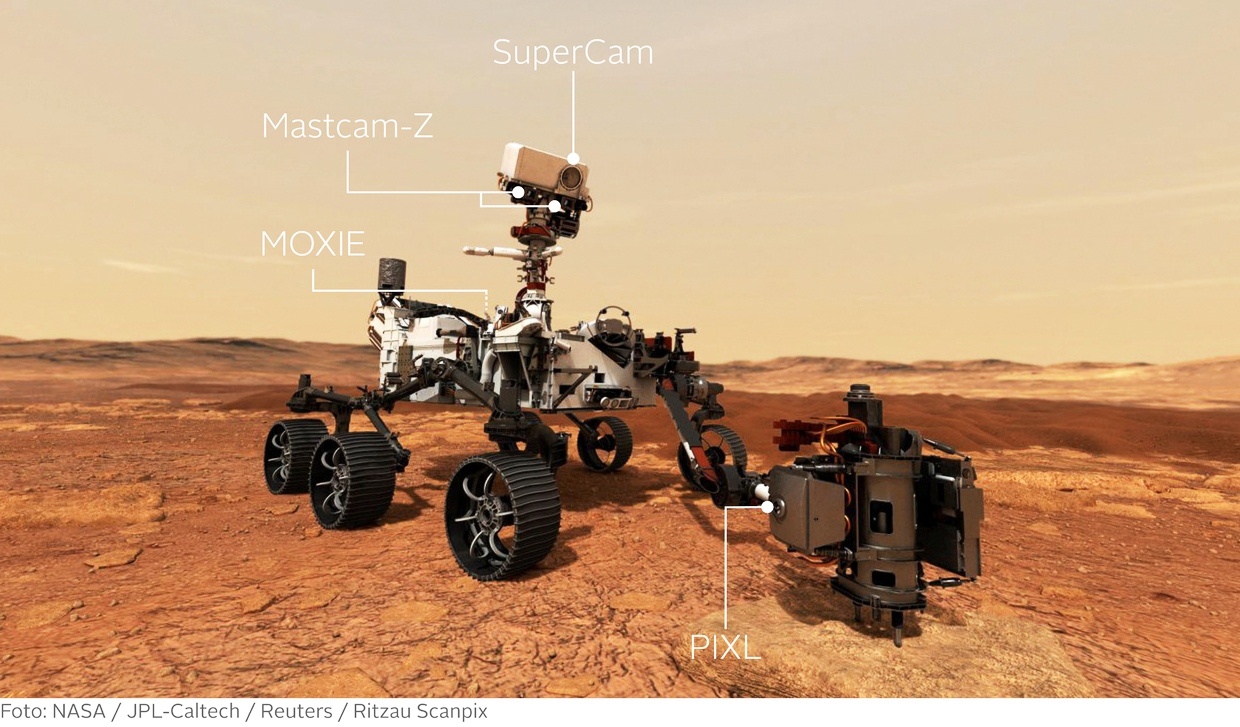 “5” is the program, which soon will run the thin altitude helecopter. We didnt make it and also has no deciding for where it will go.

And YES many incommers are qualified into low educated jobs and some are the ones, the old danes wont take. Whats wrong with that. The danes can do better paid jobs and pay tax to help the poorer ones.

For this year we pay more then 2 billion dollars to the 50% emmigrants and refugees, which dont work and often for own reasons. Maybee You have a system, where people can eat drink and sleep for free. We dont.

Our economy is doing well because we work. Nothing is comming from above. We dont have that kind of connections.

We also dont have anything as You write about chees. The main problem is we are rewarded for the best kind of the cheese in the whole world for the cheese we actually produce. Another is we can copy almost any other kind of cheese in the whole world and make it better then the old producers. Often we could more of it as well. Danish FETA cheese is a good example. the name is protected by old days.

Typical Kurdish treatment. There are monstrosities hiden and stuck there from all over the World there, don’t fool your self.

Thats because You are more narrominded then Mäekrlin toy train routes.

Isis vermin may rot in that camp for ever and ever. They dont deserve the air they breathe

We cowards of Europe should kill those who persist in that violent totalitarian ideology/religion like they did with others. This is the only way to make the world peas full again by aborting this disfigurate criminal minds. Just as selfdefence it is permitted.

I wonder what exact plans Russia has to make the entirety of East of Euphrates red again on the maps shown here?