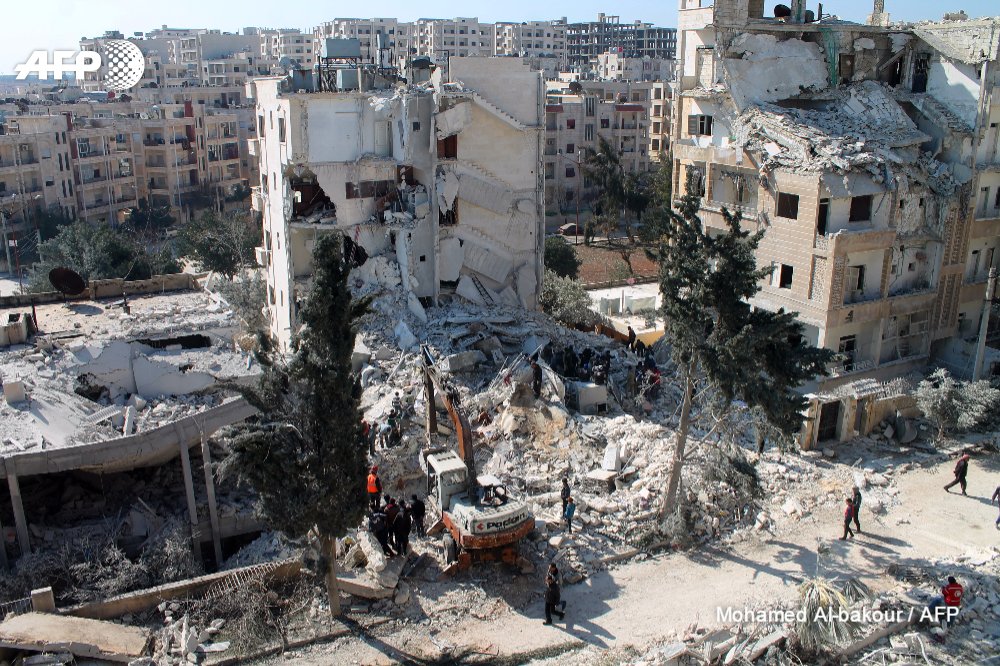 Airstrikes on Jabhat Fatah al-Sham (formerly Jabhat al-Nusra, the Syrian branch of al-Qaeda) targets have reportedly killed 26 people, including civilians, in the Syrian city of Idlib.

According to reports, the airstrikes hit the part of the city held by Hayyat Tahrir al-Sham a newly formed “opposition alliance” led by Jabhat Fatah al-Sham.

Pro-opposition sources have already claimed that all killed people were “civilians”.

There is no confirmed information by whom airstrikes were made. However, recently, the US Air Force had intensified air raids against targets in the province, including the provincial capital of Idlib.

Assad civilian blood quota of February 7th has been covered

Yeah, innocent civilians everywhere … they are so innocent that they stay there with the islamist monkeys. For years.

you still far away from completing your quota of idiocies though. so keep it up.

Miss the last sentence about no info on who made strikes? Incidentally, USAF been working overtime in Idlib, clearing up their Brennan era loose strings.