The leader of the UK Labour Party continues to hold his opposition to UK warring involvement in the Middle East conflict. 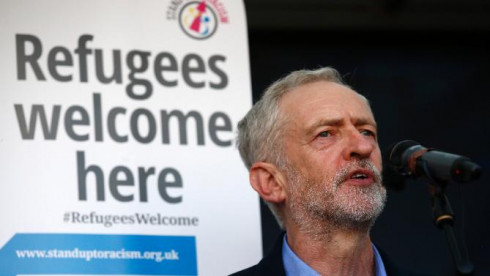 Corbyn at a pro-refugee rally

Since the majority of the offensive against the Islamic State has moved to Syria now, Jeremy Corbyn, leader of the UK Labour Party, stated that airstrikes against targets of the terrorist group in Iraq should cease at all.

Corbyn opposed to the idea of solving the conflict by means of the UK’s involvement in the war that has already devastated countries in the region since the very beginning of the operations against ISIL last year. According to him, the diplomatic and political way should be considered to reach a long-term solution to the conflict.

In opposition to Corbyn statements, David Cameron, Prime Minister of the UK claimed that he will look for the support of the Labour Party MPs to extend British airstrikes against ISIS targets in both Iraq and Syria.

Last August the UK carried out an airstrike in Syria that killed three alleged terrorists, two of them British, more accurately from Cardiff and Aberdeen, despite the Parliament vote against airstrikes in 2013. Both men were considered a major threat for the UK according to Cameron.