An airstrike destroyed a headquarters of the Free Idlib Army and killed at least 21 terrorists, including battlefield commanders. 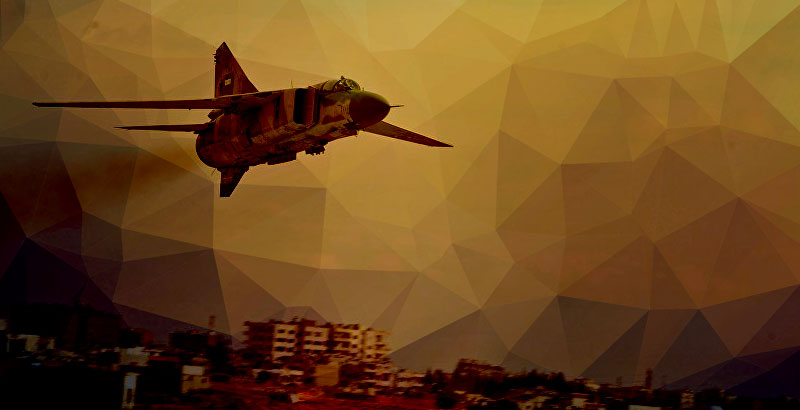 Leaders of the Free Idlib Army, a new pro-US coalition in Syria, were killed by an airstrike in the Syrian province of Idlib.

According to Syrian media, the intelligence revealed an exact place of the meeting of leaders of the new coalition, which was targeted and destroyed by fighter jets. As result, the headquarters of the Free Idlib Army in Idlib province was blown up and 21 terrorists, including battlefield commanders, were killed.

It is not known exactly, who carried out the airstrike. Some media reported that it was an operation of the Russian Aerospace Forces; others claim that the Syrian Air Force destroyed the command center. There also is an opinion that it was a joint operation of Russian and Syrian military.

Meanwhile, a cave, where terrorists of the Liwa Fursan al-Haqq group were positioned, was struck by Russian aircraft in the vicinity of Taybat Al-Imam in northern Hama, where the ‘moderate’ Jaish Al-Izza and the Free Idlib Army fight along the Jund Al-Aqsa Qaeda affiliate. All killed fighters were from the town of Kafr Nabal in Idlib province.

The province of Idlib is almost entirely captured by the Jabhat Fateh al-Sham (previously known as the Al-Nusra Front or the Jabhat al-Nusra) terrorist group and its allies. Terrorists regularly send reinforcements, arms and ammunition from Idlib to Aleppo to oppose the Syrian Arab Army (SAA). Approximately the one-third part of the region is captured by militants of the Free Syrian Army (FSA). The division into groups there is very conditional due to the fact that terrorists and members of the ‘moderate’ opposition have common goals, while receiving funding from different countries-supporters of terrorism.

US intelligence agencies have created a new jihadist coalition, the Free Idlib Army, in the province in order to oppose the government forces. According to Arab sources, the group consists of three armed subgroups of the Free Syrian Army: the Northern Division, the 13th Division and the Suqour al-Sham Brigade.

The new coalition is aimed to unite the largest possible number of groups and to open a new front against the Syrian Army. According to opposition media, the commander of the Free Idlib Army is a deserter, a former captain of the Syrian Army, Hassan Haja Ali.

hhmm.. that didn’t go well !! a brand new one trying to have their marvelous debut ended in getting at lwast some attention. free idlib army??? man they really should change their PR manager.

Instead of all the hand wringing about civilian casualties in Aleppo, the UN should demand that the terrorists allow the civilians to leave the battle zone and go to government-controlled Aleppo. There, they will receive food, shelter, and medical attention. Even former soldiers can leave the battle if they wish. Why force convoys to enter an intense war zone, when the civilians can simply leave? Experience is clear that Syria treats with dignity and compassion all civilan refugees and soldiers who lay down their arms. Does the world really care about saving them, or do they just want to use civilians as a convenient propaganda tool? Just tell them to leave–it’s that simple.

They want the propaganda tool.

Bomb them all. regardless of what they call themselves.