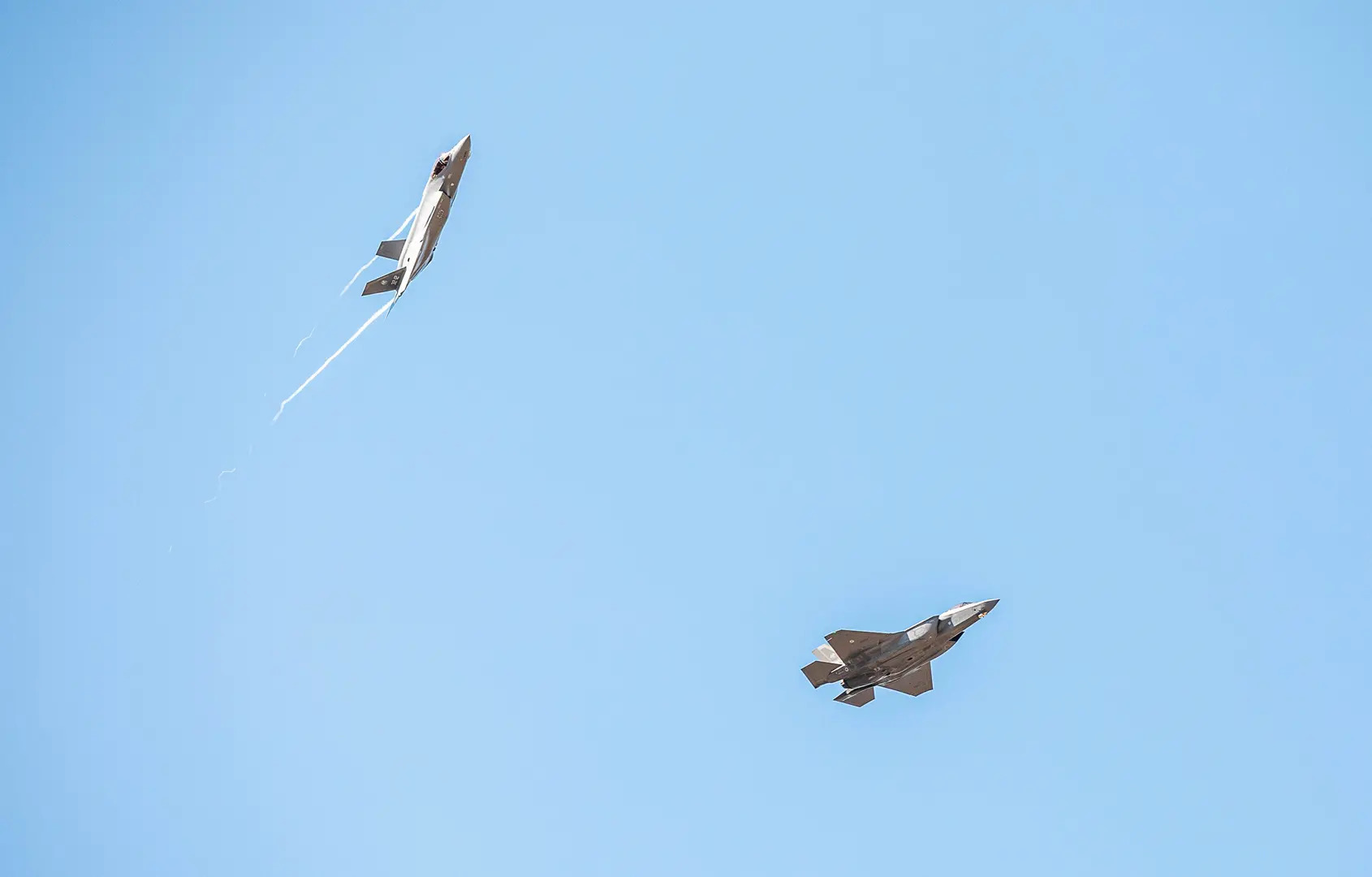 According to the press service of the General Staff of the Estonian Defense Forces, they will replace the German Eurofighter Typhoon fighters in rotation. 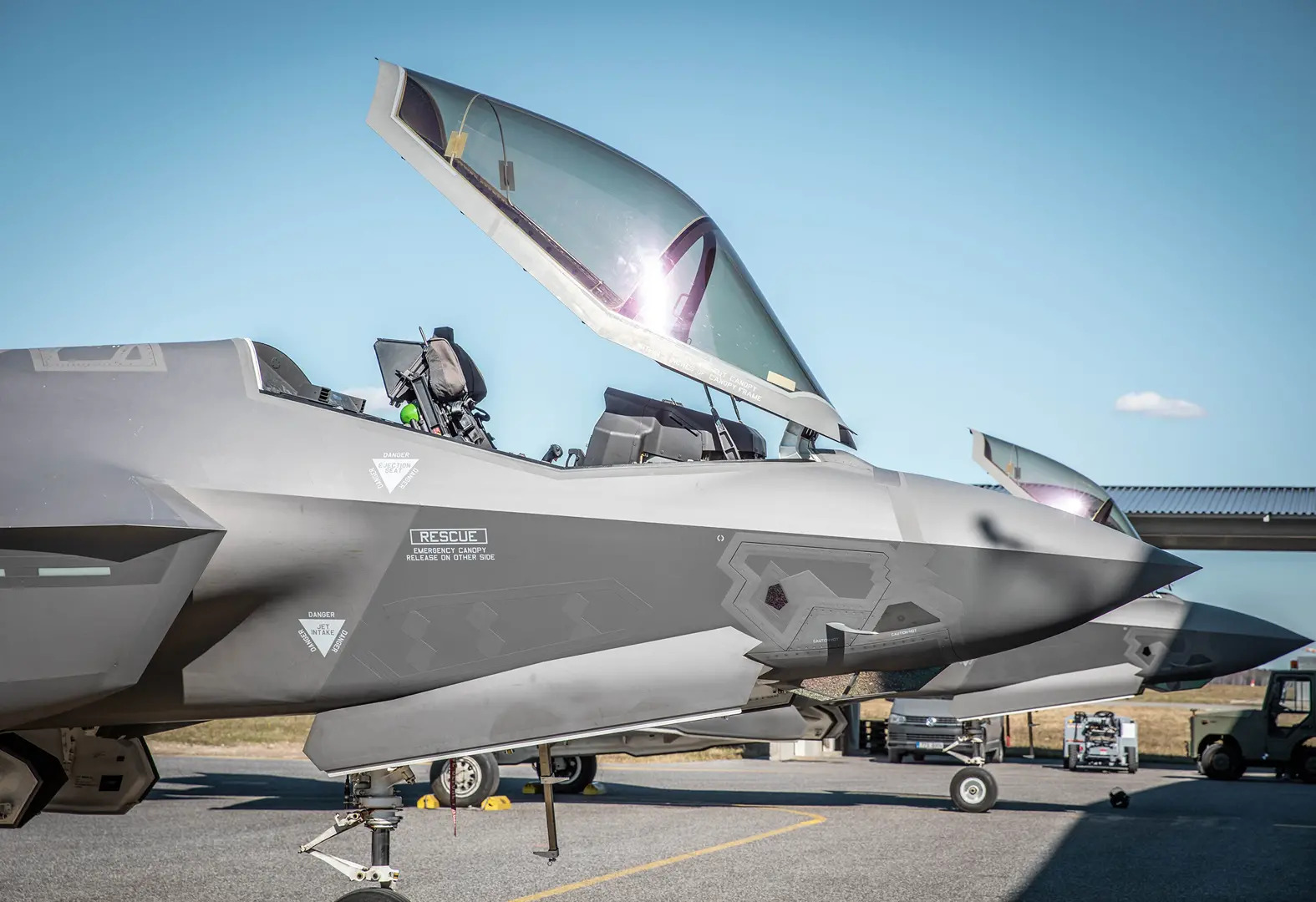 Fighters of the 13th Air Group of the Italian Air Force will be on duty around the clock. Their tasks include intercepting air targets for their identification and tracking, as well as training flights. Before that, Italian pilots were on duty in Estonia in 2018.

The fifth generation F-35 fighters were created as part of the most expensive weapons development program in the history of mankind. They are capable of flying at speeds in excess of 1900 km / h and are equipped with four-chamber Gatling 25 mm GAU-22/A automatic cannons, air-to-air missiles and guided air-to-ground bombs, which can be both inside and and outside the fuselage. They are able to carry out the tasks of a fighter, a reconnaissance aircraft, and also strike at ground targets.

The F-35 fighter jet is an impressive aircraft, if its electronics work and it doesn’t shoot itself with its own Gatling gun.

Back in February, Forbes released an article titled “The U.S. Air Force Just Admitted The F-35 Stealth Fighter Has Failed.”

The author of the article, David Axe, writes that the US Air Force wanted to get a relatively cheap and lightweight fighter to replace the F-16 during the Cold War. But over the twenty-odd years that the development of these machines dragged on, the “lightweight and inexpensive fighter” actually became heavier and more expensive. This was due to the fact that both the customer – the Air Force and Lockheed Martin’s “lead contractor” were weighting it with more and more new technologies. With a price tag in the region of $100 million apiece, the F-35 is said to be super expensive.

And although it is really invisible to tracking equipment and has high-tech sensors, it also needs constant expensive maintenance and is recognized by American military experts as unreliable.

Dan Ward, a former US Air Force program manager and author of popular business books such as The Cycle of Simplicity, admits that “the F-35 is not a cheap and light fighter.” And Air Force Commander General Charles Brown Jr. compared the F-35 to a Ferrari. And he added: “You don’t drive your Ferrari to work every day, you only drive it on Sundays. This is our high-end fighter and we want to make sure we don’t have to use it in all low-level conflicts. I want to adjust how often this aircraft is used. “

According to Brown, the Americans need a new “simpler” fighter to take on the burden of day-to-day operations.

“Today this role is played by about a thousand F-16s, available to the Air Force. But we haven’t bought any new F-16s from Lockheed since 2001. All F-16s are too old, ”the general complains. Meanwhile, there is no adequate replacement – “Lockheed” and the Air Force “failed” the F-35 already at the level of the basic concept. “They tried to get the F-35 to do too much,” says Dan Grezier, an analyst with Project on Government Oversight in Washington. According to him, this is a vicious cycle: complexity increases cost – cost increases cause delays – delays give developers time to further complicate the design – this adds value again – causing more delays.

The airspace will be secure. for Russia. Flop 35 would even lose against a WWI Fokker. Get out of your Fokker your Fakker…🤗

Nice to start the week off with a bit of humor

Typical non related comment. Its a bit better thrn the F16 and F18.

Russian airplanes has wheels and are even equipped for skiing, because most of the time they cant fly or the oligarcks has sold all fuel to the west for golden bathtubs

Jens you are a 100% right, except you spelled Americants wrong… Better luck next time Trollstoy 🙃

I can see them used in a sudden strike, but round-the-clock war-time use?…….no way.

Maybe that’s what their building up for.

So what happens if Russia switches on her air defence systems? Do they cover the air-space around Estonia, if needed?

Can ItAF F-35s use A to A missiles and gun in real combat or they just fly around unarmed? I bet they can use Sidewinders only.

Thanks. I dont care much about spelling here. Im just a simple middleclasser sometimes writing too fast. And You did understand. If You dont and ask, I often will try again. If I dont my writing is unimportant – isnt it.