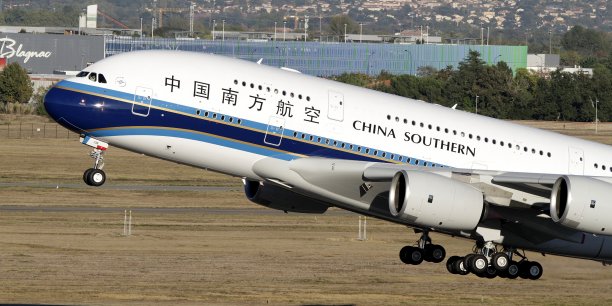 As stated by Fabrice Gliszczynski in an article titled “A380: Airbus rêve de commandes salvatrices en Chine”, the head of Airbus China Eric Chen speculated that China would need 60 A380 planes in the next five to seven years. Since the beginning of this project 17 years ago only five planes of this type were sold to China.

Although A380 sales are stagnating for quite a few years now, Airbus still plans selling their “Super Jumbo” to the Chinese market. That was the big plan since the start of the project in the year 2000, and said plan has been failing rapidly. A total of five A380 planes were bought by China Southern. Twelve years ago. That’s it. China didn’t order anymore of these planes, and the plan was not exactly the great success Airbus had been envisioning. Quite the opposite — it may actually kill the project. A measly 319 planes had been ordered, and two thirds of them are already delivered.

Though Eric Chen isn’t one to give up. Having analysed the market, the economic situation and the passenger flow, he came to realize that China needs at the very least 60 A380 planes in the next five to seven years. And if someone orders one plane, someone else surely will order another one.

If this comes to pass, these orders may save the project. Airbus plans acquiring new offers to keep the production going up until the mid 2020s, when new engine-building technologies are likely to emerge thereby improving plane specs. That’s how we are supposed to see the June 2017 improvements (the A380 Plus edition). With the current production rate of one plane per month the orders received may keep the production line alive up until 2023. Alternatively, you can always slow the production rate down, which isn’t that out of the picture for the upper management at Airbus.

Where are the A380s going to be built? In China? That would be utterly dumb by Airbus, since China then will insist on a complete transfer of know-how. In the long run China will be able to build their own a A380 clone.