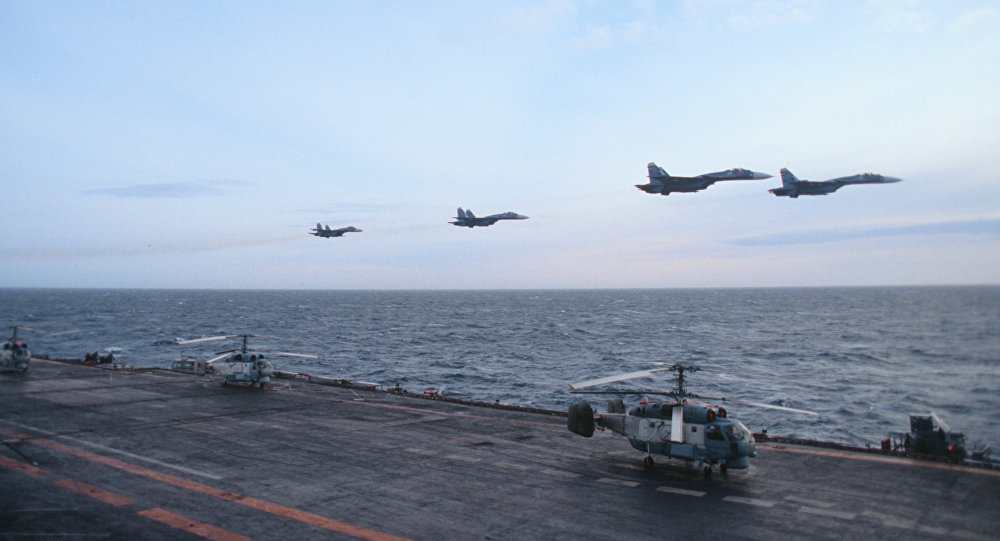 The air wing of Russian aircraft-carrying missile cruiser Admiral Kuznetsov destroyed over 1,000 terrorist targets during its mission in Syria, the Russian Defense Ministry announced on Friday.

“For the first time in the history of the Russian Navy, carrier-based aircraft conducted combat missions by launching strikes directly from the ship on terrorists’ headquarters, control centers, groups of militants, hardware, firing positions and terrorist strongholds,” the ministry said.

According to the statement, Russian pilots carried out 420 combat sorties (117 at night) and 750 missions as part of the search and rescue operations and transport support. Over 40 naval-based aircraft participated in the operation.

On Friday, the air wing of Admiral Kuznetsov is coming back to the home airbase in Severomorsk in northern Russia. According to the live stream commentator on Rossiya 24 TV broadcaster, several MiG-29K fighter jets already landed at the air base

I thought its a new weapon that russia recieved, its just only a typo error lol

Its not a typo…. that is the Kuznetsovs official title. Unlike Western carriers, it carries some SERIOUS independent firepower such as strong AA and CIWS coverage, as well as 12x heavy Granit supersonic AShMs.

There is a new weapon, it’s called the creeping deception, the Scorpions Tail revealed the all time sucker to be Trump Hillary lost on purpose to spend more time at the Pizza Commet Ping-pong Spirit Cooking they were after a Child Sacrifice but had to makes do with Trump instead.

¿ Yes ? Why were not They be able to stop ISIS to take Palmyra ? Do not tell me that they did not see them coming on the desert. Stupidity or Lavrov-Kerry agreement ?

I’ve read that at least 134 times. Ain’t got nothing from your own brains?

He’s had to change his screen name several times now, to keep spewing that same anti-Russian bs…he’s a ukrops.