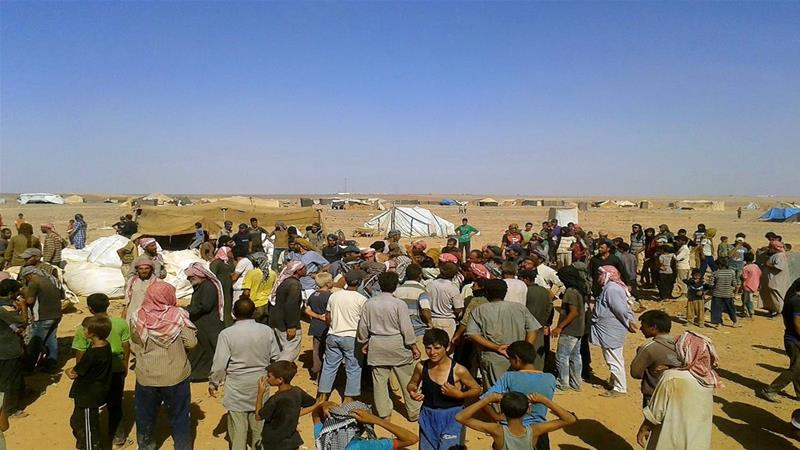 A humanitarian convoy has not been able to reach the Rukban refugee camp because of a threat that it could be attacked in the US-controlled area, Russian Defense Ministry Spokesman Igor Konashenkov said on October 31.

The convoy, carrying more than 450 tonnes of food and medicines, was due to be sent on October 27.

“However, the delivery of the convoy was again disrupted over the threat of an attack against it within the 55-km zone controlled by the Americans,” Konashenkov said.

According to the defense spokesman, the US is responsible for the dire humanitarian situation in the area because it had illegally occupied the vast Syrian region.

“The humanitarian crisis in Al-Tanf has been artificially cultivated by the US for several years with the goal of creating a permanent breeding ground of recruits from the refugees at the Rukban camp for the militant groups it controls in order to carry out recurrent acts of sabotage against the Syrian military and authorities in the adjacent areas,” Konashenkov explained.

The Syrian government and the Russian military have called on the US military in this area several times to provide assistance to the refugees.

Several meetings with UN personnel and US representatives controlling the area had been held and all conditions had been created for sending the convoy from the Syrian side. Nonetheless, US-backed militant groups as well as ISIS units freely operating in the area thanks to the US actions created conditions in which humanitarian aid cannot be delivered.

Leave the scum to rot. If there are any goodies left, urgently request 20/30 (however many trucks in the aid convoy), the equivalent drivers from the camp to come up to the 55 Km line to drive the aid back + with the agreement that if any returning trucks are booby trapped or stolen, the Russian or Syrian air force has the right to blitz the whole area.

Any lip back from the Yankers, blitz the area anyway.

Refugee camps cannot be supplied by FUKUS, but they have no trouble keeping the Orcs at Safa well supplied!

Yep. Typical American crap of causing problems and then crying crocodile tears over it ,if at all.