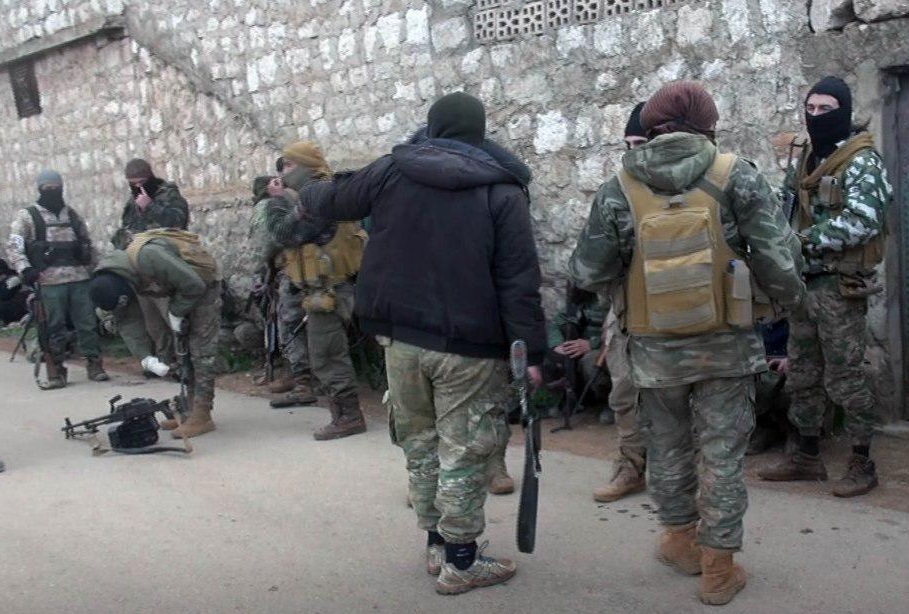 After receiving a humiliating defeat from Hay’at Tahrir al-Sham (HTS), the Ahrar al-Sham Movement’s groups in northwestern Hama agreed to surrender and dissolve themselves on January 9.

HTS launched its attack on the Ahrar al-Sham Movement’s positions in the al-Ghab Plains and the Shashabo mount a day earlier. Within few hours the radical group, which was the main branch of al-Qaeda in Syria, imposed its control of the towns of al-Ankawi and Habit forcing the remaining fighters of Ahrar al-Sham to surrender.

The Ahrar al-Sham Movement is the core of a Turkish-backed coalition that operates under the name of the National Front for Liberation (NFL). However, the coalition didn’t intervene to support Ahrar al-Sham during the battle in northwestern Hama.

According to the Syrian Enab Baladi news outlet, HTS will allow Ahrar al-Sham Movement fighters to withdraw to the Turkish-occupied area in the northern Aleppo countryside once they hand over their heavy weapons. Those who want to stay will have to pledge their allegiance to HTS.

At the beginning of July, HTS launched a similar attack on another Turkish-backed group, the Nour al-Din al-Zenki Movement. In less of a week, HTS defeated the group and captured all of its positions in western Aleppo. Turkey didn’t intervene to rescue its proxy.

HTS’s next target is likely the southern Idlib countryside, where several Turkish-backed groups maintain a strong military presence, especially in the town of Maarrat al-Nu’man. The battle there will likely begin within a few days, if not hours.

Let the terrorists fight each other.

They are not fighting, all that scum of those turkish proxies is surrender to the al Qaeda bandits, that are qatari and turquish proxies.

Those of Ahrar al-Sham, but even the others that fight, also aren’t fighting great thing.

A bit of a generalisation there jorge. on this article – today, you are right, but tomorrow there will be clashes, with many dead. God willing.

Will they ride the Ottoman Bus, or will they join Qaeda?

It doesn’t matter, in the end they will be all dead and enjoy their 72 virgins in paradise ;D

Dissolving……or rebranding with whatever letters come out of the Turkish letter soup? ( Apologies to @Garga for stealing his whitty remark) ;-)

But i will bet that that confused dude across the pond will come out and say: look, we have detsroyed another terrorist group.

This is what putin asked usa from day 1, help seperate the moderates from the jihadis.

Somehow…the jihadis seem to be seperating themselves. Idiots.

Erdogan’s cutting out even more dead wood, it’s going to be a big bonfire.

We’re watching all the dump fucks who chanted “Assad must go” crawling on their knees out of Syria while Bashar positively STAYS STANDING! Heh!