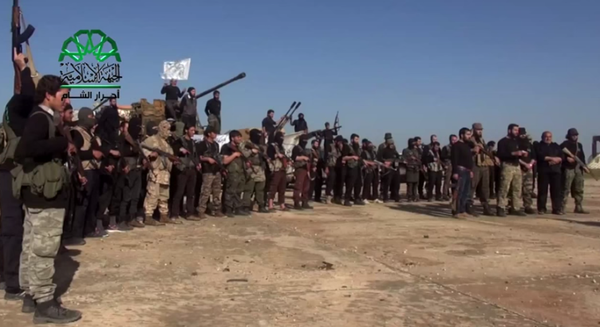 Abu Yousef al-Muhajer, spokesman of Ahrar al-Sham, have admited that militants groups have had no chance to use Bani Zeid to hit other neighborhoods of Aleppo city due to the recent advances of the Syrian Army in this area.

“The recent advances of the Syrian Army and its allies in al Lairamoun and Bani Zeid will leave no chance for the militant groups to use these two districts to hit other neighborhoods of Aleppo city, and will significantly decrease civilian casualties,” the Alalam information website qouted Ahrar al-Sham spokesman.

“In the meantime, more military achievements in al-Lairamoun industrial region will result in more economic achievements for the government forces and a graver shortage of financial resources for the terrorist groups.”

According to reports, the Syrian army controls Arab houses in Bani Zeid near the golden city buildings and the road connecting al-Zaheb to al-Ashrafiyeh. At the same time, the army also took control of two main buildings of Hamoud and Salata near the al-Lairamoun square. Five more factories and industrial sites has been captured by the army in al-Lairamoun.

These moves pursue the goal to cut off Castillo and Hraytan roads without confronting the militants deployed there. As result the entire militant-held regions in Aleppo will be besieged.

Pro-government sources argue that up to 48 militants were killed and 40 others wounded in the recent clashes.

Israel is loosing this war, and the Syrian people are winning it.