Following the unfounded accusations of the United States against Russia in preparing an invasion of Ukraine, the Russian intelligence services did not stand aside and responded by accusing Washington of provocation. In its turn, Kiev finds the way out to demonize Russia even more.

On November 27, the director of the Foreign Intelligence Service of the Russian Federation Sergey Naryshkin commented on the upcoming ‘Russian invasion’ of Ukraine, claimed by the U.S. intelligence officials:

“The (U.S.) goal is to push such an uncontrolled  government in Kiev to reignite the conflict, which is actually taking place in the east of Ukraine. Moreover, for the United States of America, Ukraine is expendable, as it has been during the whole crisis.”

The United States, claiming that Russia is preparing an invasion of Ukraine, aims to reignite the conflict in the Donbass, against this background, Russia has to exercise restraint and strengthen its defense capability, Naryshkin explained.

As theU.S. claims that were based on unverified information given by unnamed US Intelligence officials and were reported by corporate-owned US media outlet had no real effect, and were largely treated as lies, the Kiev’s regime took initiative to push the anti-Russian propaganda campaign further. 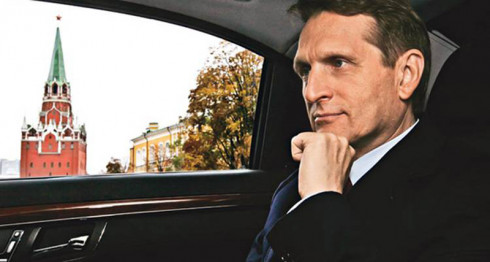 On November 27, Ukrainian President Vladimir Zelensky claimed that he had received information about the preparation of a coup d’etat in Ukraine on December 1. No wonder, the information was provided by anonymous intelligence officials.

According to Zelensky, he got a recording, which proved that some unidentified representatives of Russia and Ukraine discussed the upcoming coup with participation of a Ukrainian billionaire businessman Rinat Akhmetov. According to groundless claims, such a project should cost billions of dollars.

The new scandal that was largely presented by the MSM as a new revelation of malicious Kremlin’s activity on the Ukrainian soil also had a goal in Ukrainian national policy, as Zelensky has recently declared a war to the oligarchs. While demonizing Russia on the international scene, Zelensky attempted to target the most reach Ukrainian businessmen personally in a traditional manner, with lies.

“Statement of shareholder of SCM investment company Rinat Akhmetov: The information released by Vladimir Zelensky about my alleged participation in some coup d’etat is a complete lie. I am outraged that I am involved in this lie, despite that it is the president who claims it.”

The Zelensky’s claims are not only groundless but even ridiculous in his attempts to whitewash his name. The acting Ukrainian President and former media producer claimed that he has no media resources to fight against Akhmetov:

“I don’t have a media resource to fight. <…> I don’t have media allies, I believe that my main ally is the people of Ukraine.” – Zelensky claimed.

Russian defensive position and Moscow’s soft policy towards Ukraine, presented once again in Naryshkin’s statements, such as the “uncontrolled” Kiev government, which “Washington is pushing for war with Russia”, are the last guarantee that the conflict in the Donbass will not escalate into a new full-scale war, while the Kiev regime, together with its Western allies, are trying their best to instigate the Kremlin and involve Russia in a new wave of hostilities.

Ukropistan is a distasteful sad joke of a country. The sooner it goes back to Russia the better.