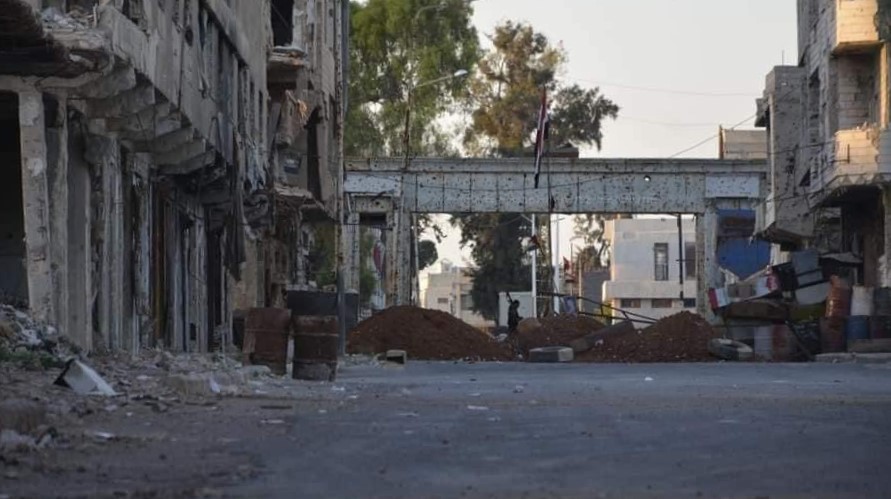 After the reconciliation agreement was reached in Syria’s Daraa al-Balad, Syrian authorities accompanied by Russian military police, are now working to stabilize and secure the western countryside of Syria’s Daraa governorate.

On September 13th, the Syrian Arab Army entered the town of al-Yadudah in the southern province of Dara’a after 10 years.

This happened following an agreement with local tribal elders that was brokered by Russian military police.

Syrian military officials were accompanied by Russian forces as they made their way to the southern Syrian town previously held by former rebels.

On September 12th, following the mediation of Russia, an agreement was reached with tribal leaders in the town, which required the armed groups in al-Yadudah to surrender their weapons to the Syrian army and hand over control of the town to the government in Damascus in return for amnesty.

After the Syrian army entered the town with no fight, a center was set up in the local girls school for the formal handover of weapons and control of the town, under the supervision of Russian military officials and tribal elders.

Status of dozens of militants have already been established.

“Within the framework of the efforts exerted by the State to restore security and stability to all areas in Daraa western countryside, a number of militants, the wanted and military deserters settled their cases and handed over personal weapons to the Syrian Arab Army, paving the way for restoring services and public institutions to the area.” – SANA news agency reported.

Syrian forces have also imposed security cordon around the town. They have reportedly signed the area from the four sides in al-Rai neighborhood, Daraa desert, Tafas road and Kharb al-Shaham.

According to the UN Office for the Coordination of Humanitarian Affairs (OCHA), the number of internally displaced people (IDPs) in Dara’a province as a result of foreign-backed militancy stands at 38,600, including 15,000 women and over 20,400 children.

Some form of normality is immediately beginning to return.

The Dara’a Education Directorate has returned pupils and students of several schools in Dara’a City to their original schools after transferring them temporarily due to the presence of families who came from Dara’a al-Balad area and who were residing in these schools.

The bread facilities of Daraa al-Balad and Tishreen  have resumed work after securing the supplies of flour, yeast, fuel and others.

Director of the branch of the Syrian Establishment for Bread Facilities, Eng. Farid al-Sweidan, said in a statement that once security and stability returned to the neighborhoods of Daraa al-Balad, al-Sad Road, and the camps within the framework of the settlement agreement proposed by the state, the two bread facilities have begun working to provide bread to citizens in sufficient quantities and with the required quality. 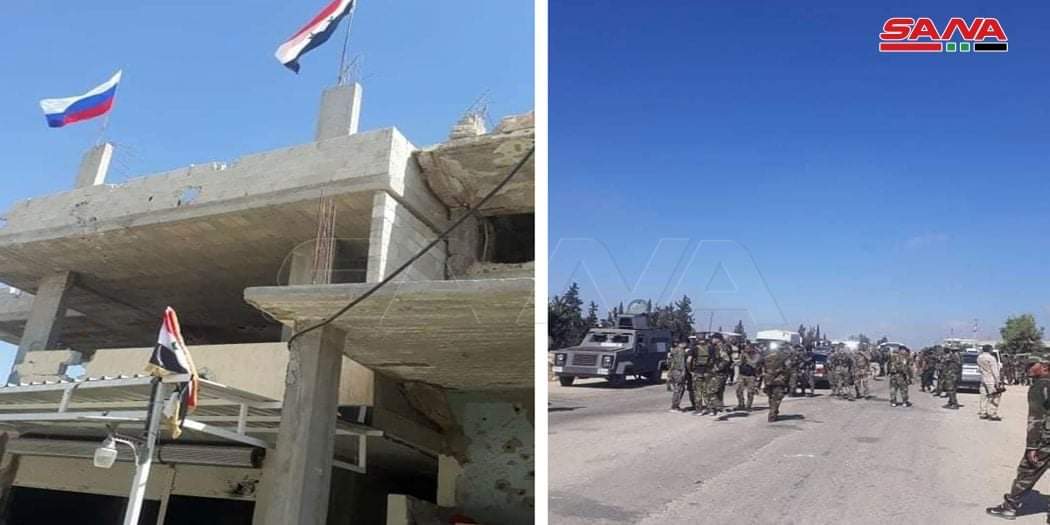 The Syrian army units also raised the national flag in al-Arbaeen neighborhood, within the framework of a truce agreement brokered by the Russians last month.

The government’s full control over Dara’a is an important achievement because the region borders the Golan Heights, which Israel has occupied and considers its sovereign territory.

Good luck with that,the fact is those people with the Wahabi mindset are still there,if they can take up arms against their own Country they can do it again.

Peace and a return to some normalcy. This is what the Syrian army does. The government liberates an area from the terrorists, and restores the Syrian people to their homes. It will be a long and difficult process to rebuild Syria. The stupid economic sanctions placed on Syria are devastating, but Syria perseveres. The stupid western media won’t report on this of course. They only spout propaganda, saying how Assad is a butcher and killing Syrians.

Good news, now retake the rest of Aleppo and expel the TFSA and all other head choppers.

It is refreshing to see genuine humanitarian progress in Syria and a return to normalcy for its people who have suffered beyond description from the satanic US forces. May the Syrians prosper!