Clashes in the northeastern Syrian city of al-Qamishli have finally came to a halt as a result of a temporary ceasefire agreement between the pro-government National Defense Forces (NDF) and Asayish, the security wing of the Syrian Democratic Forces.

The agreement, which was brokered by the Russian Military Police, was reached on April 23. Initially, the ceasefire was set to end at 10:00 am local time. However, both sides agreed to expand the ceasefire for another 24 hours.

The clashes erupted as a result of a personal dispute between Arab tribal fighters from the NDF and Asayish personnel in the district of Tayy late on April 20. During the clashes, Asayish managed to capture most of the district.

On April 24, Asayish handed over the bodies of three NDF fighters who were killed during the clashes in Tayy district as a gesture of good will.

The clashes in al-Qamishli also claimed the lives of wo civilians, tribal leader Hayis al-Jaryan and 14-year old Mahmood Mahmood. Nine other civilians were reportedly injured.

Ilham al-Abdullah, a commander in Asayish, told the Hawar News Agency that the conflict in al-Qamishli won’t end until the NDF is removed from Tayy district.

“The mercenaries of the NDF continue their attacks and provocations, and we seek to completely remove them from the district,” the commander said. “We, as the internal security forces, will protect our areas from any attack.”

Despite the high ton of Asayish, several sources reported that the SDF will actually pull out from Tayy. The NDF will not return, however. The district will be handed back the Syrian Arab Army or the Syrian Police.

Al-Qamishli clashes were another serious blow to the relations between Damascus and the SDF. Despite sharing many interests, the two sides are yet to reach a political settlement.

Kurds are the new US toys…the US use them as much as they can, Kurds like Zion need Wahhabi terrorists to have US “support” (money and weapons to fight Syrian-Iraqi government).
Kurds once again took the wrong side….

Kurds and SDF are clowns, and they’re old American card to play upon.

I see no clowning there. 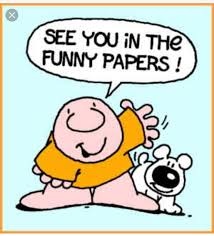 Russia should use DEWs here, definitely

“Should”. I dont see any realsime as well as they don t have any extra capasity.

Since theuy kind of took over, they have solved absolutly nothing well for Syria.

For themself they now has good bases as well as they have given territories to others and by that can control what they have now better.

You will have nausea

Jens is just sick of himself :)

Perfect solution and totally unexpected, Assad’s getting more than he lost with this deal.
This is exactly what should be happening all over Syria, the SAA should be replacing all the NDF militias with SAA soldiers, government institutions should only be protected by soldiers who are under the direct command of the president, not acting on relayed orders that aren’t always followed to the letter.
Well done to whoever negotiated this deal, this is the best outcome that Assad’s had for a long time.

I allow me to take it again because You and others repeat Yourself minding me of eccos, parrots and coåpy paste.

Assads are even with great help with no support and skills for running any country of that seize at all. Jept in power by bajonets and propaganda is no country but prtotecting private property owned by the Baathists just as Kremlins.

Your “should” is very bad and very wrong for most people living inside the bordershaving no choise and not even able to learn about the many choises for good Governess, there are.

NDF is no Goverment there. SDFs are. They seemes to be slow learners. There is no Syrian Governess at all.

One of 3 is not even in the Country. There will be no election. Its replaced by a printer owned by Assads. They just will be spread out and collacted back.

That’s some gov’t that kills and injures civilians who get in the way. The SAA doesn’t do that and is the reason why clearing Syria of its pests has taken so long.
The SDF are an armed gang protecting their own selfish interests. They certainly ain’t no gov’t.

Facts about the killings in the whole Syria dont say that at all.

Why dont You freqent relative sober estimates for who is killing who. Much as You are an iliterate senile or worse.

SDFs are the local Governess there. As long as people dont accept that, they are the criminals and get what they get. Those Assads are very slow learners.

I dont see that.

Governess is no everlasting patent and sould be possible to replace, when its no good – and with no destruction and shoes.

Thats what not happens i Syria. Assads are hard opposition against that driven by fear, bajonets nd all kinds of propagada and denieals.

Here you are a first class representative. Oppinions like Yours has let many countries and regions decline into chaos.

SDF are same like zionist . lie and cry . Infact SDf and ASyaish has planned this attack to take over all off Qamisli incuding Airport run by Russia and they want to hand over to Mossad and US thugs. This SDF And Asyish Thugs will pay . its time for Russia to teach lesson to this Asyish thugs.