On January 19, the Turksih Defense Minister once again announced that the country is going to launch a military operation in Syria’s border area of Afrin to “remove the terrorist presence” [Kurdish militias – YPG/YPJ/PKK] there.

“It will happen,” Nurettin Canikli said on news channel A Haber. However, he provided no details when the operation will be launched.

“All terrorist lines in northern Syria will be eradicated. There is no other way,” he said.

The minister dismissed remarks by State Department spokeswoman Heather Nauert saying the US wants Turkey to abstain from launching aa military operation in Afrin and called them “nonsense.”

On the same day, US Secretary of State Rex Tillerson said that Washington has no plans to create a 30,000-strong border force in northern Syria that caused serious concerns among the Turkish leadership. He claimed that the issue has been “misportrayed” and the US is not are “creating a border security force at all.” However, Tillerson’s statement contradicts to an official announcement made by the Pentagon just few days earlier.

The zionists cant even get their lies straight.They are a bunch of monkeys with live grenades in the hands,and have to treated as such.Their trump clown leader along with the psycho bibi are prime examples of their looney mindset.

He works in a zoo.

How would you know?

Ignorant answer as typical as this commonly used term in Journalism today , you need to take some classes or are you really a zookeeper as is Jens seem to know the placement of the animals.

dutchnational is the zookeeper yet he calls everyone else and can’t even recognize a journalistic term well in use.

Behind an elephant or being one :)

Are they trying to bore us all to death with their repeated statements and declarations? Are they trying to make it into the Guinness World Records book under the category of “Making the most amounts of declarations for attack without actually attacking”?
I understand that their manpower is a bit drained because the terrorists they intended to use against Afrin are currently tied up getting themselves killed by the SAA at around Abu Al Duhur.
And to SF, if you guys could check your archives and give us a count of how many times Turkoids gave out these statements, it would be most interesting to see if the number is a 3-digit one. :)

ITo me its like Turks has made themselves into a corner, where they hardly can avoid this.

Its really the wrong ones, which are being killed in wars like this. 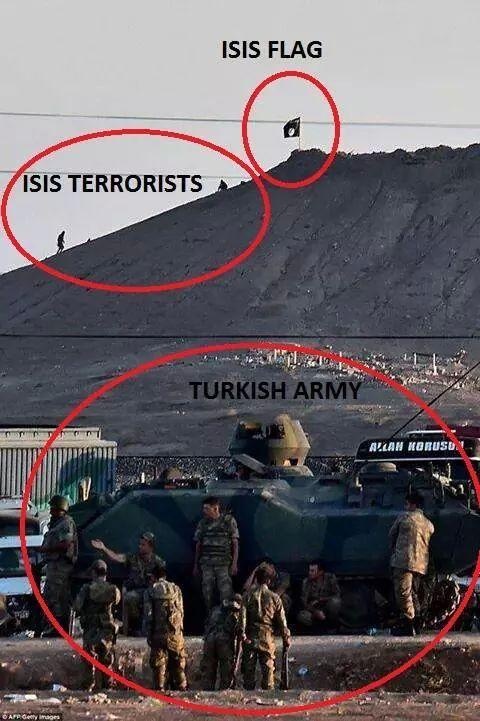 Funny, you using a picture of Kobane under siege by IS and their Turkish allies october or so 2014.

Is this a deliberate misinformation/fake news?

Rather despicable and stupid too as this picture has been published widely late 2014.

Or is this just irony?

I almost did not get it right away. There are commentors here that would post this seriously. LoL

why are you offended?its old news that Turkey funded 100s of terrorists in Syria…our friend here just states the obvious….

I think its a reoccurring them. Wasn’t it just his month or last that the Turkish Regime partnered up with HTS. Does this make them a state sponsor of terrorism? Methinks, yes

This IS the Turkish Afrin operation – a political offensive of bluster, threats and demands.

Afrin Kurds aren’t the main tools of US/ISISrael, that would be the ones occupying the far bigger chunk of land east of the Euphrates. Zioterrorist puppetmasters don’t even have a presence in Afrin, but the Russians do.

If Erdog really didn’t trust the Americunts, he’d be going for Manbij, Hasakah and Raqqa, not the isolated Afrin plot. This is pure bullshit to steal some land easily.

Russia withdrew troops from Afrin region…..Kurds are on their own there now….

yanks will go to help :(

i bet they wont…..they will let the Turks enjoy the media show ….sucrifice a couple of Kurds in the process…..everyone is happy…..

That isn’t true about the withdrawal as you can see all they did was reposition themselves 1km from their original location due to shelling from the FSA, Turks are cowards and won’t shell Russia themselves as they would be on their own, no NATO pact exists to defend a NATO country in aggressive actions but forbids in participation though. They sided with the Russians this is an lesson by the US as you notice no real attacks on YPG in the North East. Russians have 23-24 outposts in the region and yet Turkey has none in Idlib shows who is who and what is going on in this deescalation zone. The US and Turkey are trying to derail the Astana talks and get it back to the Geneva talks which has repeated ad nauseum the US mantra. The Astana Talks have had huge success in stabilizing Syria and Sochi Talks may have even better success than the US controlled Geneva talks.

you are saying that Turkey is with US again?very hard to agree there…..Russia made them a partner by giving them a role in the talks…..without Russia they are nothing…their private FSA army is useless in combat……a bunch of cowards …..

Well ISIS and Al Qaeda groups have been the real problem , ever wonder what happened to those released ISIS members by the US. Well you do know they went to Turkey and they sent 20 busloads to the region and are using the same Al Qaeda/HTS linked groups and why things are quiet in Idlib. They may have suffered heavily but not entirely and sneaking in these ISIS as FSA is going to be worrying. They are not facing the Al Bab Kebabs but the hardened ISIS/Al Qaeda groups different story this time. US is only concerned NATO is slow to react and condemn more underlying motives are going on in this. FSA/Al Qaeda was fast becoming irrelevant alongside ISIS , the talks didn’t look too good at Geneva no bargaining power. Personally didn’t think the Turks would bring in ISIS to help at first, thought maybe send them to Thrace and Tunisia or Egypt Sinai.

Creating the perfect storm for the US to take to congress their plan to keep troops in Syria and expand there ,the obvious guess.Then giving them better position to attack Iran.

I told you guys that Tillerson was a deep state goon. But you just deleted my comment because the truth hurts!

CNN Turk and CNN is not a reliable news source.
The Turks will not be able to make their advance, or if they do, they’ll be sorry for it.

The PYD needs to take the deal and accept SAA troops as this would get the Turks in a catch 22 situation and would have the best desired effect. None of these parties involved would want to precipitate WW end of the world.

I hope SDF will be where Turkey’s forces are as their are always doing with SAA.When SAA move to Mannij SDF run first.When SAA prepare to go to Raqqa SDF run again first and operated long there to destroy the city infrastructure. After their realize that SAA has liberated Deir Ezzor their quickly make arrangements with terrorist and declare Raqqa federal state and run to Deir Ezzor.Again when oil field operation started their interfere just by allowing ISIS to joint them and has taken oilfields over.

During Al Bukamal operation their run to it to enabled USA to airlifted all their generals which operate in the form of ISIS.There are speculations that SDF wants to enter Idlib.Because ISIS is just a name use by USA to cause confusion their are SDF operatives.There is a difference between Turkey ISIS=FSA and USA ISIS=SDF=FSA.Allow the land grabbers to kill its other first just monitor all their action.

That is “small picture”. “Big picture” is that the Turks control the flow of the Euphrates. Here is a list of dams in the Euphrates basin that are on Turkish land. There are six completed, one under construction and another four planned. [HEPP = hydroelectric power plant]

Turkey has a stranglehold on Syria’s (and Iraq’s) water supply. 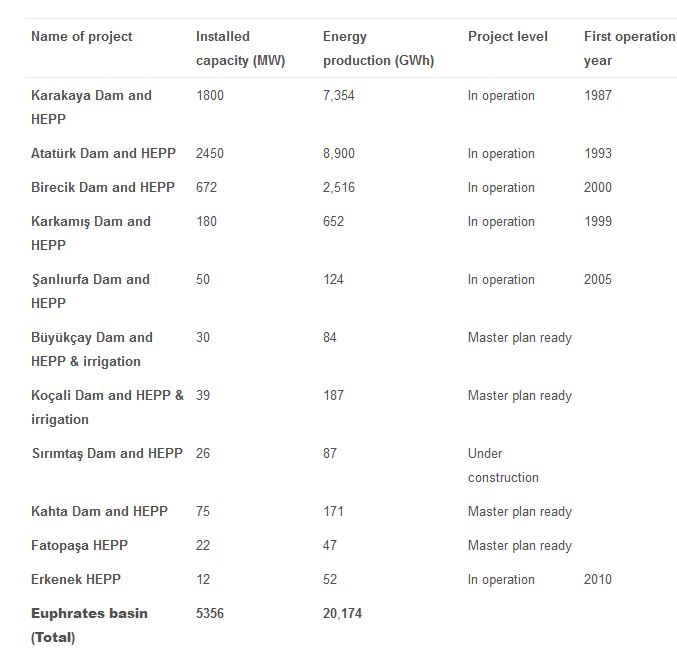 Someone is using their brain! Thank you Graeme!

Very true but the only one on Syrian soil is controlled by illegal occupying force of USA.

The SDF controls both the huge Tabqa dam and the nearby and much smaller Ba’ath Dam. Much further upstream it might also control the Tishrin Dam. There were reports in March 2017 that the SDF was prepared to transfer control of the Tishrin dam to the Syrian government. I don’t know if that happened or not.

I doubt very much that there are control rooms for these dams as far away as Al-Hasakah and Al-Tanf. Do you have any source for your claim?

The water dams are under USA supported SDF control.There is no transfer until now. 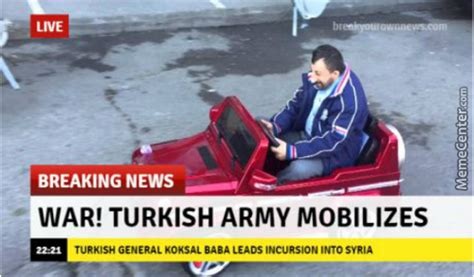 They keep hoping Russia will give them the green light. Without Russia’s approval the Turkey Air Force planes would be shot down. Meanwhile protest against Turkey’s proposed Afrin campaign is gaining more attention

This is good news! Everyone protesting will call attention to the corruption of governments! 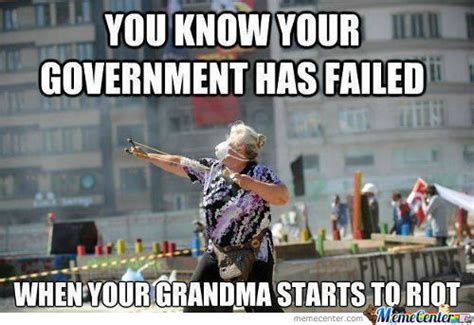 Time for the US to get out of Syria – PERIOD! They are there illegally and were NOT invited in by a Democratically elected Government. Hence, they have absolutely no right to be there and thus are in complete breach of International Law.

This operation is coming for a year now.

Maybe this time it will. It is a pity that a region that largely has been spared the ravages of the Syrian civil war will now be ravaged by a Turkish dictator with Ottomaniac nightmares.

One can only hope the YPG and SDF will inflict such heavy lossess to Turkey and its mercenaries that both will withdraw.

Well in any case, at least the Kurds will have karma on their side.

May the force be with them.

It’s safe to say the battle has commenced.
Erdogan is not so smart, he will regret this decision.
https://www.almasdarnews.com/article/breaking-fierce-clashes-breakout-turkish-backed-troops-kurdish-forces-al-bab/

I wish he were going after SDF