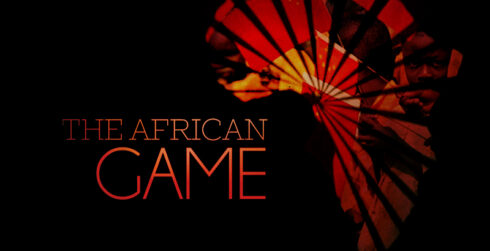 African countries can pave the way for de-dollarization and can mitigate the food crisis.

In addition to today’s fuel and energy crises, food insecurity has been a major issue for a number of reasons and, with the current Russian-Ukrainian war, a global food crisis and hunger is a real risk. Unfortunately, this may pave the way for a kind of food diplomacy and food wars. Facing this scenario of insecurity, the European Union, together with the Food and Agriculture Organization of the United Nations (FAO), is trying to employ its own food diplomacy in North Africa as part of the Western efforts to counter and isolate Russia. Moscow has been accurately describing the crisis as the result of sanctions and the West’s lack of diplomacy during the conflict, and many African nations are also perceiving it in this manner, which of course is a concern for Europe. The FAO is considering developing a food funding mechanism to help African countries and this (quite timid) initiative should be seen in this context. Even so, non-alignment is on the rise in the continent.

The whole food situation, in the context of sanctions and war, has its geopolitical, economic, financial, and currency aspects with profound implications. The Russian government suggests a number of proposals in order to improve Moscow’s cooperation with the African countries. They include establishing free trade zones, trade missions in the continent, and a Russia-Africa Trading House.  The Russian Central Bank and its Ministry of Finance could come up with intergovernmental agreements with the African states to establish a trust fund to support businesses and a specialized import-export bank. Developing cooperation with friendly and neutral states is of course in Moscow’s best interests, but it would also tremendously benefit such countries.

Among other proposals – introduction of the Central bank digital currencies (CBDCs), a kind of digital tokens which could be used, as well as cryptocurrencies, for mutual settlements and payments. The Russian Central Bank has already authorized Sberbank to issue and to trade digital financial assets, while Moscow is considering employing cryptocurrencies such as Bitcoin for its gas and oil exports to countries such as China and Turkey. All these developments are hugely important because they mark the possible beginning of a global de-dollarization process.

However, in the case of Africa, Chainalysis, a blockchain analysis firm, released a report on April 14 which indicates that free float of cryptocurrencies is still too low to allow for large-scale transfers. This could change, though. On April 11, Cameroon, the Democratic Republic of the Congo and the Republic of the Congo issued a joint announcement about the three countries’ plans to adopt the TONcoin blockchain, a project that was started by Telegram. The three countries stated crypto coins could become a central pillar of their economies. Kenya, Gana, and South Africa have also made some progress with CBDCs.

These new developments and their potential consequences are only made possible by a kind of a new nonalignment tendency. Even though the African Union condemned the Russian military operation in Ukraine, there is not a clear consensus among African leaders. In fact, amid the “new cold war” (as some have described it), many African nations are pushing for dialogue on the Ukrainian conflict and opting for neutrality. This is so due to many factors.

On April 7, the UN voted to suspend Russia from its Human Rights Council, and African countries largely abstained, which is yet another indication of the tendency described above – in spite of intense diplomatic pressure from the United States.  Even Senegal’s President, President Macky Sall (a Washington’s ally) has followed the African tradition of nonalignment, which has its roots in the 1960s and is now gaining momentum again.

According to British-Nigerian journalist Nosmot Gbadamosi, Washington’s aggressive tone has not been very well received in the continent, whose leaders cannot help but notice the double-standard and hypocrisy pertaining to the sanctions and the focus on the Russian-Ukrainian conflict (which has serious humanitarian angles), while the American invasions of Libya and Iraq have not generated analogous responses. This is particularly ironic considering that the US and the West are the main actors who have caused the Ukrainian-Russian crisis which started in 2014 and escalated in 2022 – and they have fueled the intense Ukrainian provocations and Kiev’s bombing of Donbass which had been largely ignored by the Western establhsiment so far.

For example, in March, Mathu Joyini, the South African ambassador to the UN suggested the US and its allies have been committing their own violations of the UN Charter and are now merely pursuing their own geopolitical agendas by invoking the humanitarian situation and championing the UN resolutions against Moscow. American senior diplomat reporter Colum Lynch writes that this poses a serious threat to Washington’s attempts to build a unified diplomatic “front” in support of Kiev.

All of this helps to explain why leaders from South Africa, Senegal, Central African Republic, and Mali, among others, have refrained from backing Washington’s position on Moscow. Amid volatile markets, they are realizing they cannot afford to take sides by playing along the Western line in this so-called “cold war”. Thus, non-alignment can pave the way for de-dollarization and strengthening multipolarity. And it can also help mitigate a global food crisis.

Africa is the most damaged continent in history of civilization by Ancient Empires, and Imperial States from Europe, North America… guess nature because of too much suffering on those lands created the most genetically strong and survival beings on the bodies of Africaans. Even today Africa is constantly subjugated and threated like there were some kinds of lower humans. Hope the Africans find the way to evolve and get rid of all conquerors and protect their land culture and resources.

thank you african americans for inventing jazz, blues, and rock and roll.

Not true African is actually the most prosperous nation on earth now. You obviously trust Google.

the low engagement this article is receiving is rather telling about the readership on this site, which might want to wake up to the fact that the African continent is going to be one of the keys to the global changes. Old attitudes won’t go far in a new world.

True to be told, Africa with its young and dynamic population, its various and enormous natural ressources is only seen as a reservoir for the enrichment and well being of the ploutocracy of the rest of the world. That’s the reason why the fairer and more honest relationships by the chinese and russian and iranian are winning africans’ hearts and minds. We sincerely want that policy to be improved for the best interests of all parties. A strong alliance of the african continent with the Eurasian block is one the keys to a multipolar future for the world. Time is already telling which way we must go.

It’s natural resources. And they’re restoring their monarchies with English style Constitiuonal set ups so appearing to be democratic..Image is everything.

When I am rich I will take every medicine possible, fly to Africa, stay in an expensive hotel with other rich white people, see the animals, then GTFO before I get diseased or murdered.

Russia, Middle East and AFRICA is where the future is, which is where my son and wife are. It is much safer there in in spite of the propaganda about Africa. I will be encouraging my son, when he is ready, ( he is too young right now) to apply with Russia to finish his education and apply to become a citizen

UN is rotten and voting is a punch in the air. What matters is to handcuff the Empire, this is the only solution. The Vietcong way is the only way.

The Bank of England has wanted a cashless global community for decades They’re sick of having to print and Mint notes and coins and pay transport costs and especially huge storage fees for massive vaults in outrageously expensive densely populated inner city locations where per square foot retail spaces cost a fortune. And those armaguard vehicles and staff It’s all antiquarian. Cashless is coming Just a dot of not even ink on a screen Pure fantasy land money. Dots.

People are infinitely stupid. Einstein. Because they don’t think They regurgitate.

My visit to Africa approximately 6 weeks ago

Farming In a West African country I visited was severely damaged by terrorists who seem to have sophisticated guns and ammunition while the local population do not have enough money to purchase shoes! How these African terrorists can afford such expensive weapons is the key to unraveling the mystery. The terrorists attacked the villages and farming communities thus stopping local farmers from planting and harvesting crops. Suddenly food AID would become valid once more! The heroes of our time would come off their white horses with bags of McDonalds Burgers to save the Africans… while building military bases!!!!

Its obvious that starvation is one of the tactics being used to control the African population. The terrorists who seem to come from areas where Western military bases are housed and have sophisticated weapons ordinary Africans cannot afford speaks volumes about the problem.

Logic dictates follow the money and see where it goes. For example when China was all over the continent of Africa just a few years ago, the local African population grew richer. The moment the Western countries began building bases in Africa, terrorism suddenly got stronger and wider even attacking trains, and government officials (They seem to know how to use the local News Channels and Press…..reminds everyone of how Western press is used to support Ukraine).

It is the biggest con game of all…. create terrorists in Africa, then come as the hero to solve your own creation and in the process gain a military base. Push so many CIA agents all over until the governors of the Central Banks of African states are directly receiving orders from the CIA. This way the Dollar remains global reserve despite the whole world saying its time for something new.