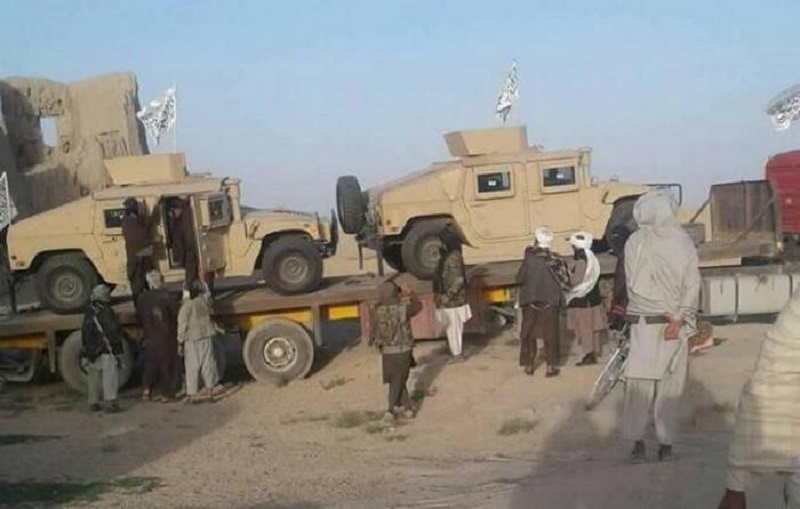 Taliban members have seized Jani Khel district in the eastern Afghan province of Paktia after a series of firefights with Afghan forces backed up by the US-led NATO contingent in the country.

The Afghan government confirmed that Jani Khel fell to the Taliban movement.

Afghan forces allegedly left the district after the start of the advance without significant resistance to Taliban fighters.

“The security forces asked for air support during the clashes, but did not receive a response and retreated from the district as a result,” TOLONews quoted an Afghan official.

No casualties have been officially announced by the Afghan government.

The Taliban-linked media claimed that over 12 security forces members were killed and 17 others were injured after Taliban fighters seized the district administrative center, the police headquarters and nearby areas. According to the report, 2 Taliban members were killed and the group seized a large number of weapons and munition.

The Taliban also claimed that its members destroyed a Humvee vehicle and killed 4 US soldiers in the province of Parwan. The NATO has not commented on the issue.

Reads like a peaceful enough collaboration between NATO and Taliban.

Lately, the new head of IS in Afghanistan was released from US prison. They will take over their new caliphate after IS in Syria & Iraq is done.

Taliban and IS won’t like each other and Afghanistan will see another headchopper market place for years, as the central government in AF is weak.

I remember years ago seeing a short video on TV of an unfortunate Russian soldier in a large plain with mountains in the background. He had pants on, but no shirt and was shot by the Mujahadeen like a dog and died.

I understand why America went to get Bin Laden and aware of his support from CIA and that’s another discussion. This war is a waste of lives, energy and money. These people do not want to change and it is a huge mistake for them to be allowed to emigrate to Western countries.

It’s the Old Masonic game ….except with C4I Sat coverage and computer driven speculation day trading https://en.m.wikipedia.org/wiki/East_India_Company. Syria and Iraq are finished…. Silk road maybe…not in our lifetimes….US and Israel will screw that sideways for another 200 years! Dopeistan, …US and Mercinary guard Opium poppy fields and Resource plundering. Iran is next…

Yes the CIA called it operation New Century, as to hail in the NWO plans to create one global govt, they misread the world and public at large.