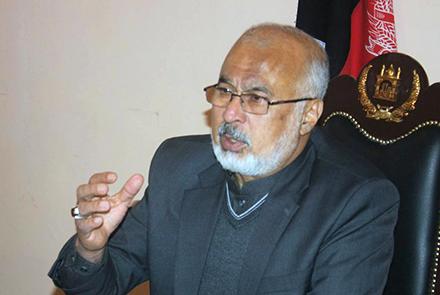 On January 25, governor of the western Farah province Mohammad Arif Shahjahan stepped down, according to the Afghan Tolo TV. Shahjahan said that he had resigned due to the security crisis in the province and called on the Afghan government to appoint a new governor to replace him.

Hundreds of civilians gathered on January 24 to protest the growing threat of the Taliban. The move ment had captured several key positions in the outskirt of the province’s capital, Farah city. However, the Afghan security forces opened fire on the protestors injuring at least six of them. Afghan sources believe that this incident was the direct motive behind Shahjahan’s resignation.

On January 18 and 19, several Afghan officials warned that the Taliban are about to capture the city of Farah. Back then, the Afghan Army promised that a military operation to secure the city was being prepared. However, so far, no action has been taken against the Taliban.

As result of the ongoing skirmishes between the Taliban and security forces on the outskirts of Farah, 7,000 families fled from their homes in Farah on January 20, according to Afghan sources.

On January 21, the Taliban even managed to kill Gulbahar Mujahid, the Farah province’s acting police chief, after targeting his Humvee vehicle with an IED in the village of Sayedabad in the Pushtroad district in Farah.

The city of Farah will captured by the Taliban if the Afghan Army and the NATO continue ingoring the security crisis there.

Between rock and hard place. Taliban bomb them, Afghan Security Forces torture and shooting them, US coalition carpet bombing them.

Yes the Afghan special forces number around 20,000 all terror enforcement squad for the US who bombs and kill civilians they believe that is how wars are won or genocide whichever of the 2.