3,711 insurgments of the Taliban and other armed groups were eliminated in 88 operations conducted by the Afghan National Army’s 209 Shaheen Corps in the country’s north during the last year, Deputy Commander of the Shaheen Corps Gen. Adam Khan Matin says. According to him, around 64 of the eliminated insurgents were foreign nationals.

He added that Operation Walid 40 in Balkh, operation Toofan 25 in Kunduz and Operation Shaheen 1 in Baghlan are still ongoing. These operations are aimed  at restoring the government control in these areas, but they have achieved a limited success only.

Meanwhile, the Taliban stormed 2 government positions in the Majid Chawk area of the Sangin district. The group claimed that 18 government fighters were killed.

The Taliban also announced that it had released 58 pro-government fighters captured in the Marghab district. The soldiers were released “according to the order of esteemed leader of the Islamic Emirate and assurance of not joining enemy ranks again”.

In a separate statement, the group claimed that 3 civilians were killed by a US airstrike in the Khogyani district. 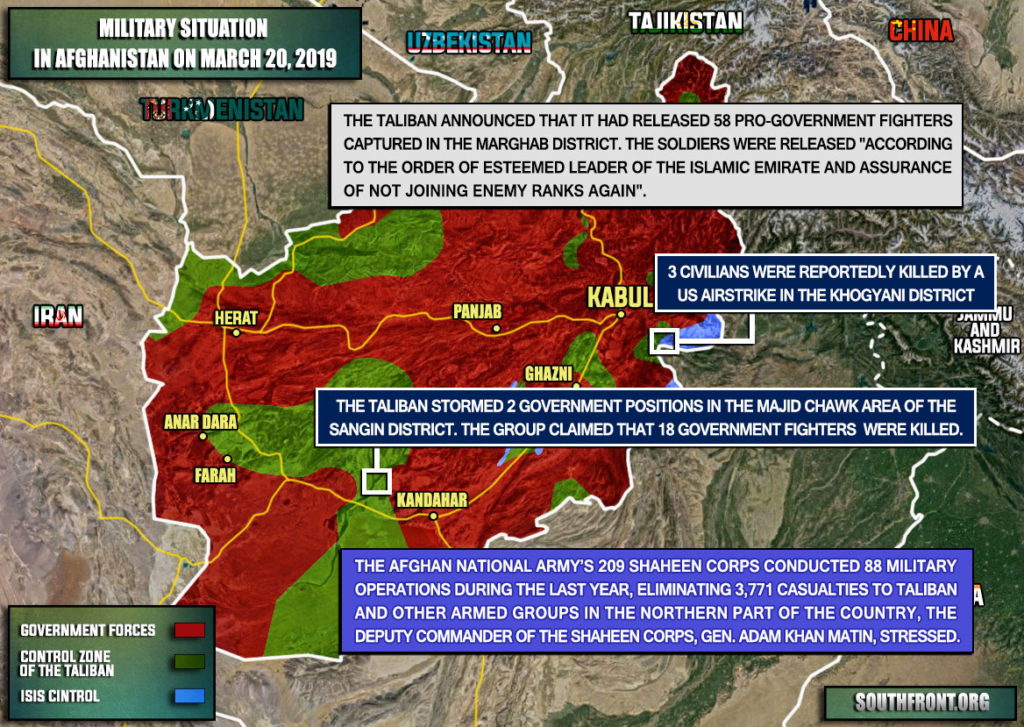