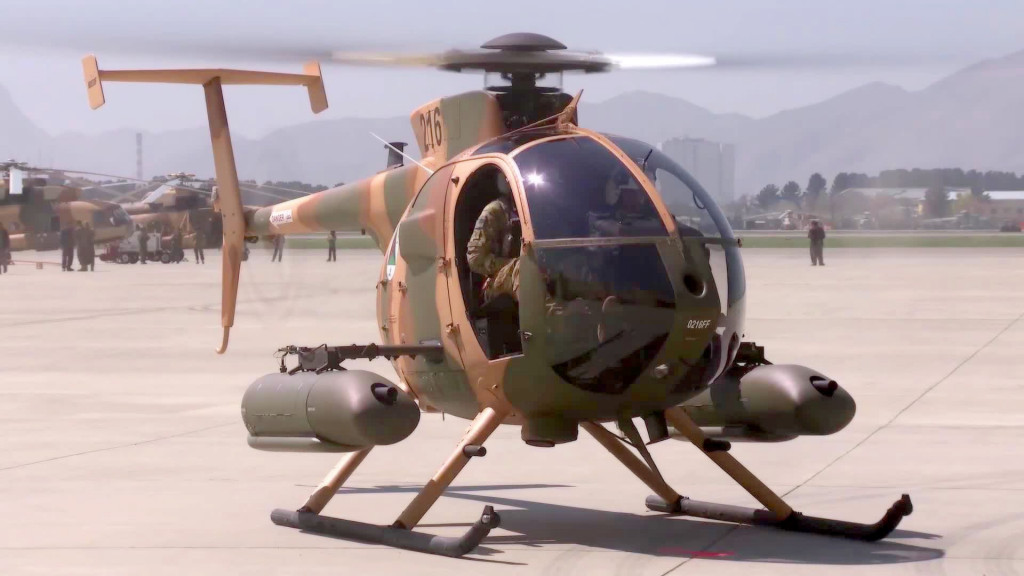 The Afghan Air Force has criticized their newly acquired American-made MD 530F helicopters after one of them was destroyed in an accident in September 2015. According to a report by the New York Times, the accident happened after a tailwind tipped the helicopter over the edge of a mountain it landed on.

Among other things, Colonel Qalandari said that the new helicopters cannot reach areas where Taliban insurgents are normally operating, since the helicopter cannot cross the mountain ranges that surround Kabul, and that the aircraft is also dangerous to operate.

“It’s unsafe to fly, the engine is too weak, the tail rotor is defective and it’s not armored. If we go down after the enemy we’re going to have enemy return fire, which we can’t survive. If we go up higher, we can’t visually target the enemy,” he noted. “Even the guns are no good.”

The helicopter gunships in question are the MD-530 F “Cayuse Warrior” light attack helicopters, some of which were recently involved in a combat mission south of Jalalabad. One pilot talking to the New York Times, however, noted that the helicopters lack gun sights for its two .50 caliber machine guns, making targeting very difficult.

“This helicopter is a total mess,” Qalandari said. “To be honest, I don’t know why we have it here.” One MD-530F recently crashed east of Kabul. “When my pilots fly in this, only God and I know what they’re going through,” the colonel told the New York Times. “And I don’t know whether they’ll make it back.”

While the Taliban forces officially launched their annual spring offensive this week with large-scale attacks, the Afghan National Defense and Security Forces (ANDSF) will, for the first time in 15 years, be able to deploy a light attack aircraft specifically designed for counterinsurgency operations in their fight against the insurgents.

Afghanistan has so far received 18 MD 530 helicopters since December 2011. One helicopter was lost after it landed on an Improvised Explosive Device (IED) in September 2013. The Afghan Air Force (AAF) is converting five unarmed MH-6 “Little Bird” aircraft into “Cayuse Warrior” light attack gunships bringing up the AAF light attack helicopter fleet to 16. The five MD 530F will be retrofitted with a so-called Enhanced Mission Equipment Package (EMEP) at a facility in the United States and return to Afghanistan for the 2016 fighting season.

No additional aircraft deliveries are expected this year. Four more A-29 Tucanos are expected in 2017 and the remaining eight will be handed over to the AAF by the end of 2018, bringing up the total number of A-29 Super Tucanos to 20. 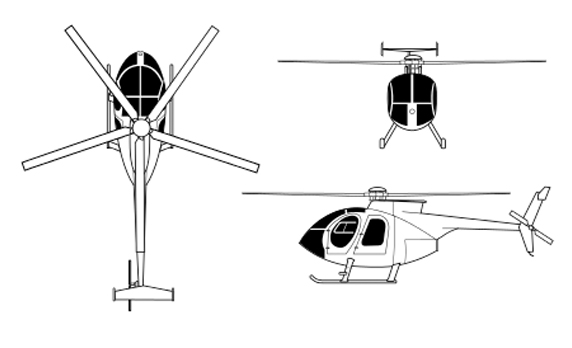 Data from The International Directory of Civil Aircraft

Ah! So this is the new method of warfare for the US. We have a ‘fighting season’! We pull out in the winter, when it’s a bit nippy up in the hills, sort out our equipment, then go back in for a new ‘fighting season’. Well, well.