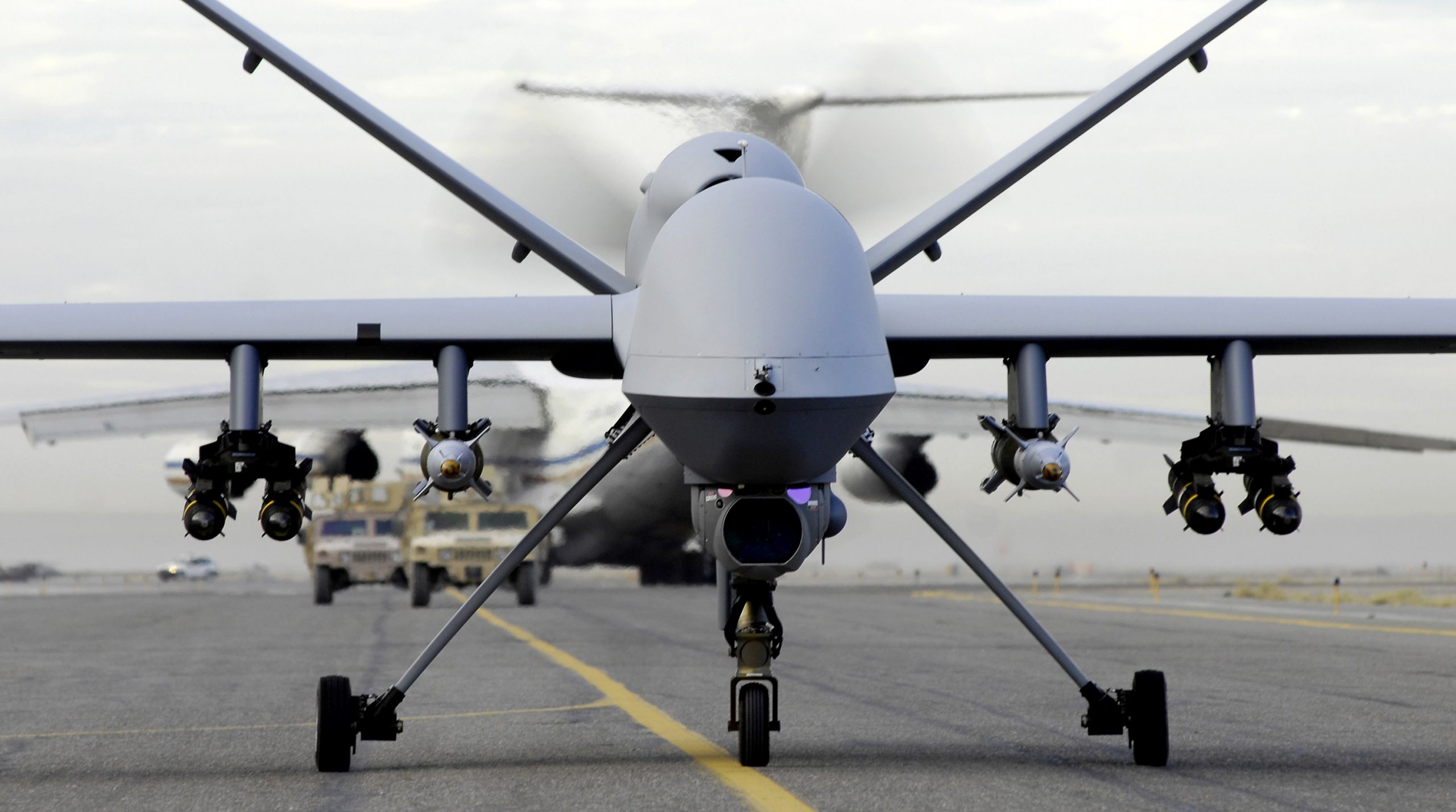 On September 17, a US General Atomics MQ-9 Reaper combat drone was spotted over the northwestern Syrian region of Greater Idlib where many terrorist groups are active.

The drone was conducting an armed reconnaissance sortie over the eastern countryside of Idlib, specifically over the town of Ma’arrat Misrin. The town is known to be a stronghold of al-Qaeda-affiliated Hay’at Tahrir al-Sham (HTS), the de-facto ruler of Greater Idlib, and a number of other terrorist groups.

The MQ-9 appeared to be armed with two AGM-114 Hellfire-type missiles. The drone was also carrying an unidentified pod under its right wing, likely used for communication or intelligence gathering, and an external fuel tank under its left wing.

The external fuel tank indicates that the drone is of the more advanced MQ-9 Extended Range (ER) variant, which has an endurance of up to 34 hours.

US combat drones carried out a series of strikes on prominent terrorist commanders in Greater Idlib last year. Some of the strikes were carried out with an advanced version of the Hellfire missile known as the AGM-114R9X “Ninja Bomb”. This version has a kinetic warhead consisting of pop-out blades meant to reduce collateral damage.

On 18 August 2020, two MQ-9 drones crashed in Greater Idlib after colliding midair in a mysterious accident. Back then, Syrian sources claimed that Turkish air-defense fire was behind the accident. This is yet to be proven.

Under the rule of HTS, Greater Idlib became a large safe haven for terrorist groups and wanted terrorists in the Middle East. ISIS founder, Abu Baker al-Baghdadi, was killed in a US special operation in the region last year.

US combat drones continue to operate over Greater Idlib. However, not a single drone strike has been reported in the region since President Joe Biden assumed office on January 20.

But Syria never takes one down. Why is that ?

Depends on whether the americans are operating inside of the Russian A2/AD zone in Syria. All signals and movement would be tracked and recorded. No need to shoot down a drone that accomplishes nothing.

Iran proved the concept years ago when they landed an advanced american drone. Remember the fool obamas statement? “Give us our drone back”?

I would say there is every reason to shoot it down,it was from a hostile Country and armed,if a foreign drone flew over Texas it would be down and the Country that sent it attacked ,the US will continue to violate Syria until they are sent a message,the same message the Taliban sent.

Point taken. Remember though, there is often more to gain through study and observation than simple destruction. The americans have long lost the intellectual advantage, in all areas of global strategy.

When someone waltzes in and out of your house without permission , and you fail to do something about it, that means you’re their bitch.

” a countries airspace is national. ”

Yes its national. Its the airspace of the Syrian nation. Which has a full right to defend it. Yet they dont.

Very well, however there is an assymetric aspect with the ongoing war in Syria which takes on many forms.

We cannot over simplify specific incidents without access to the highest quality of information.

” We cannot over simplify specific incidents without access to the highest quality of information. ”

Logical speculation is the basis for a site of this nature.

Yes, we can continue ad nauseum with semantics until the end of time. Regardless, 👍.

Why are you here then ? Not to speculate ?

We went through this during the previous world war, remember? Many Americans originally opposed World War 2, but when crippling sanctions, increasing American troops in China, the Philippines, etc. led to Japan “[sending] a message,” how did that turn out…?

Giving aircover to terrorists. Would be a shame if it crashed too…

It was obviously protecting a resupply of arms to Isis… Why wasn’t it shot down by the Syrian or Russians?

Fog of War
Reply to  Dicksonrp

Because this is all a show.

Simple: As Sun Tzu said, “Hold out baits to entice the enemy. Feign disorder, and crush him.” The warmongers want an escalation they can justify to people, so how else can they do that?

Shoot it down completely