The photos were supposedly taken near the town of Ras Lauf, a key oil export port controlled by the Libyan National Army (LNA). The town is located more than 200 km to the east of the town of Sirte, where LNA forces are preparing for an attack by Turkish-backed forces loyal to the Government of National Accord (GNA)

The photos show a 96L6E Cheese Board radar and a transporter erector launcher (TEL) similar to those used in S-300 and S-400 air-defense systems.

The 96L6E is a 3D early-warning and acquisition radar operating in C-Band designed to work with the S-300 and S-400 air-defense systems. The radar has a range of 300 km and can track up to 100 targets simultaneously.

The photos are yet to be verified by an independent side. They can be forged, taken in another country or even completely fake.

Last month, several Arab sources reported that an S-300 system was deployed in Libya. Egypt, an ally of the LNA, operates a variant of the system that is different from the one allegedly spotted near Ras Lanuf.

If confirmed, the presence of an S-300 or even an S-400 system could grant the LNA complete control of the skies over the frontline in Sirte. GNA forces, which relied on the support of Turkish combat drones during the recent battles, will lose their advantage.

Where the Egyptians are at in all of this is uncertain. As well as Jordan. There’s a land route with a ferry crossing the Gulf of Aqaba between Nuweiba, Egypt and Aqaba, Jordan. 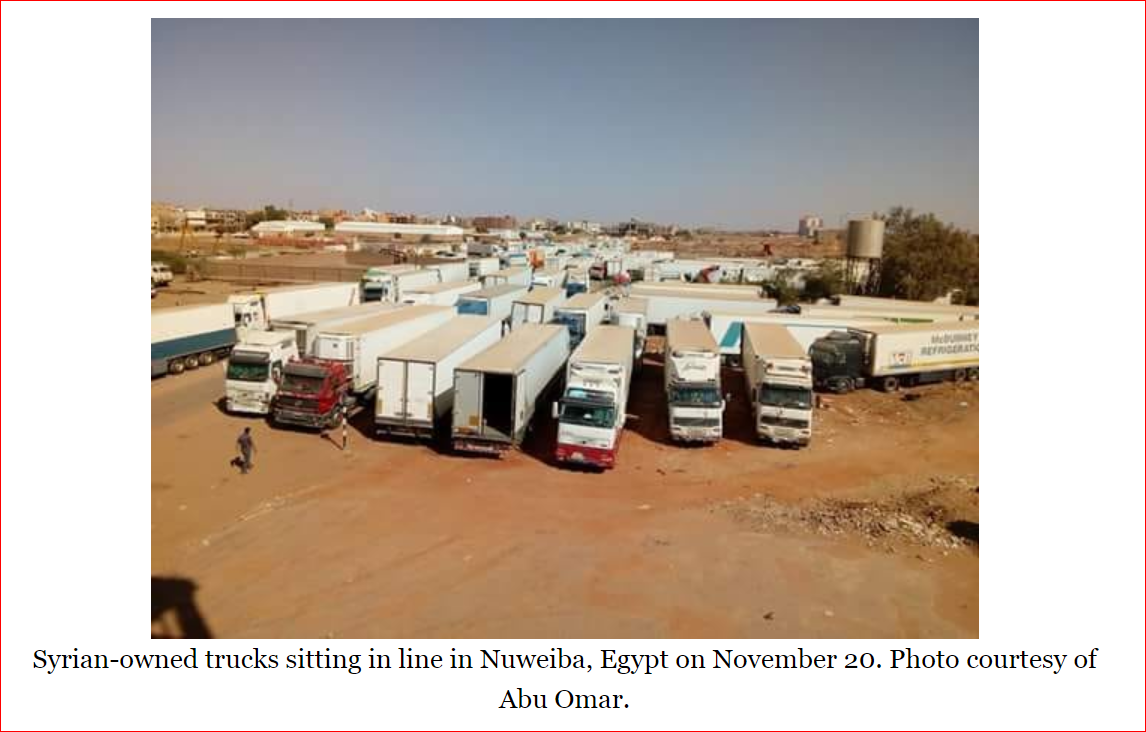 And contrary to Syrian gov troops, it seems this doctrine is executed in LNA now perfectly.
Lets hope this is be the same for the SAA when the next Idlib battle starts.

Tors and Pantsir are short range systems the last line of defense – main difference is that Pantsir uses radar guided automatic canons (cheaper to use than rockets )on top of rockets… Tor with 80% success rate per missile doesn’t need CIWS or even less man-pads for its protection normally unless in extremely challenged environment.
No drone can survive Tor.
Saturated drone attack in Libiya is close to impossible. 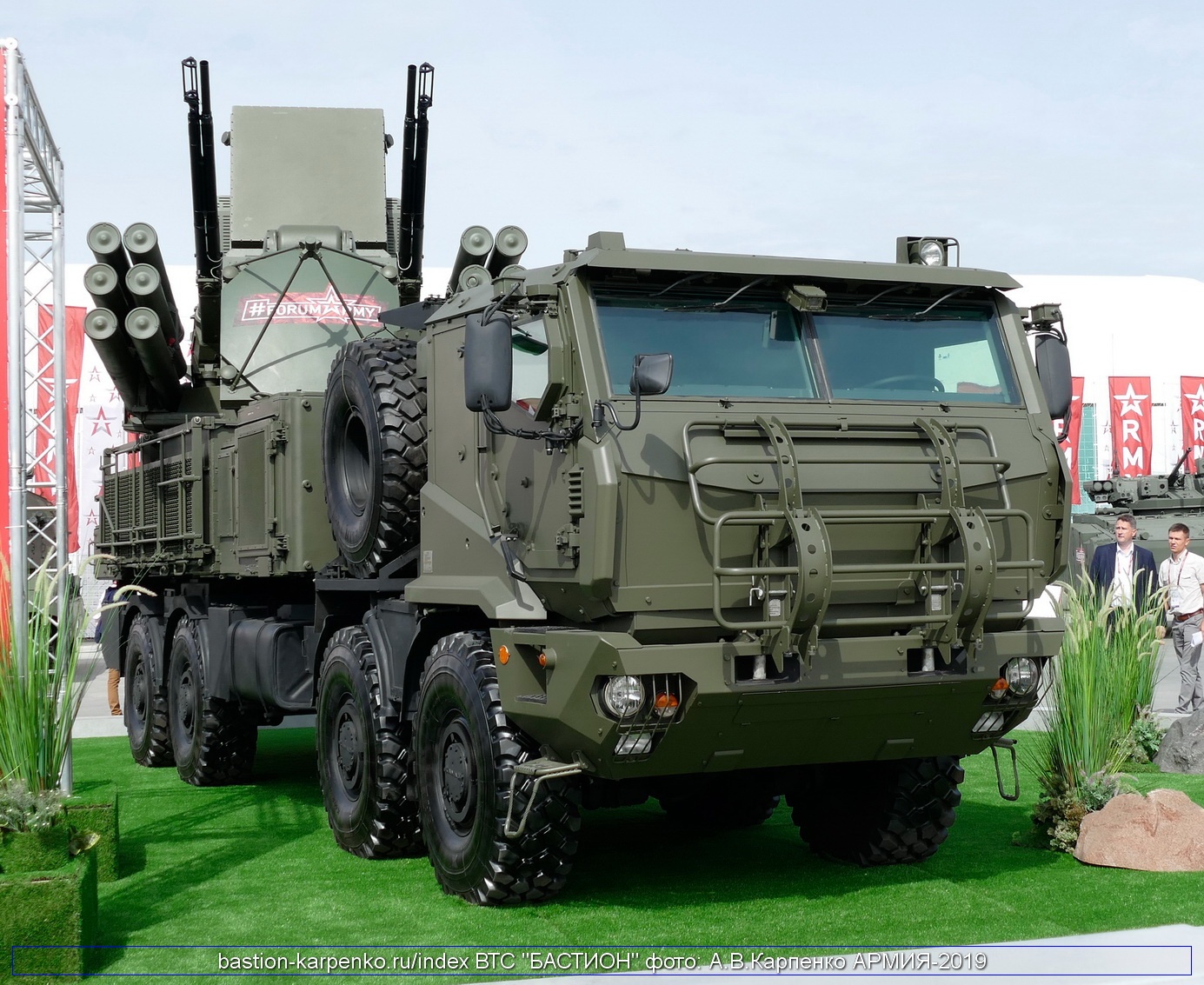 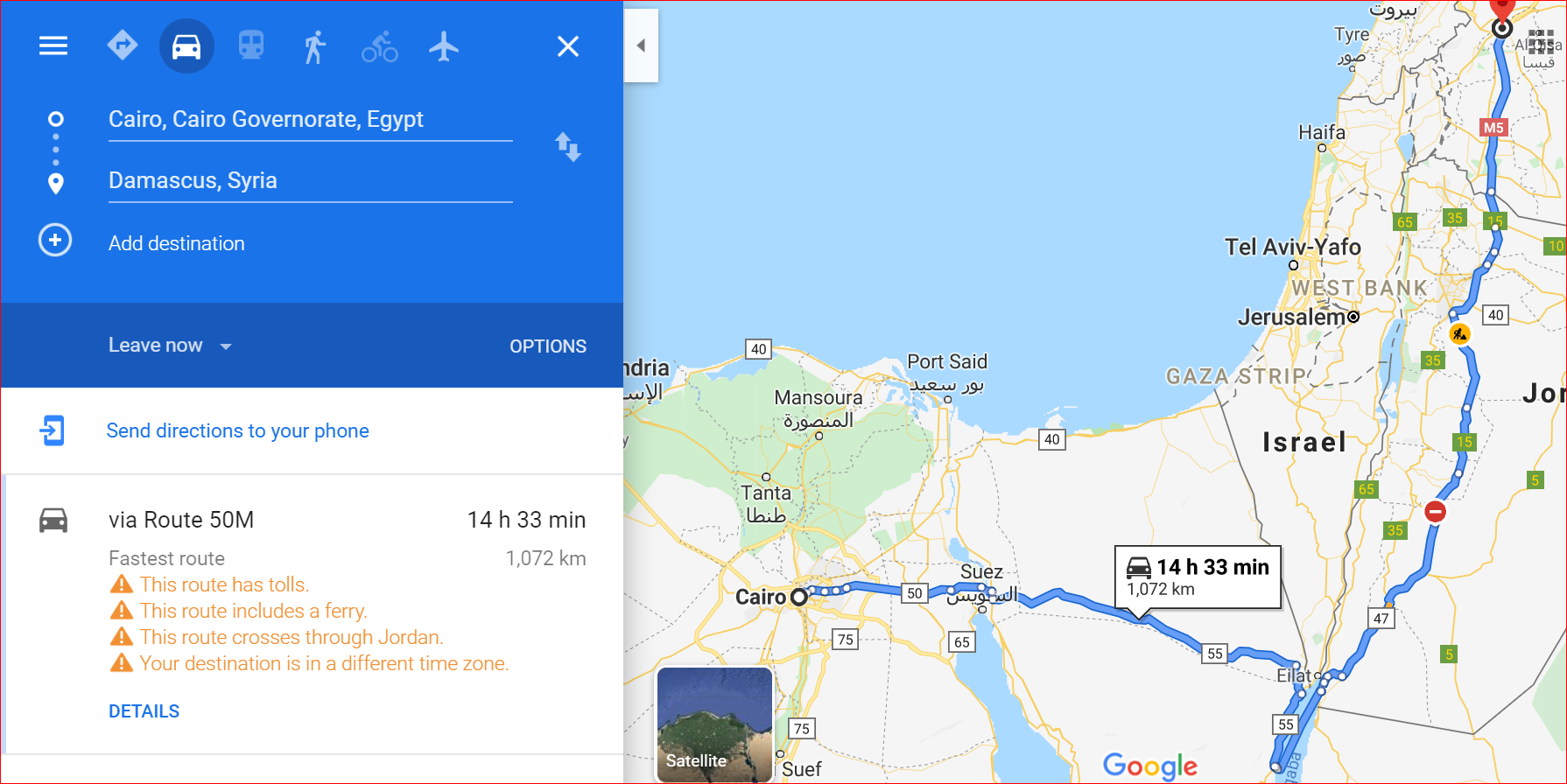 It’s a 650 mile trip from Damascus to Cairo. And a 775 mile trip from Cairo to Benghazi. This is a 4 or 5 day trip from Damascus to Benghazi. If military hardware and forces are traveling this route. It lays the ground work for a regional coalition to clear the IDF out of the occupied territories. And implementing UN Resolutions to replace Israel with a unified Palestine as part of abolishing Judaism and Israel to create a Jew free planet. 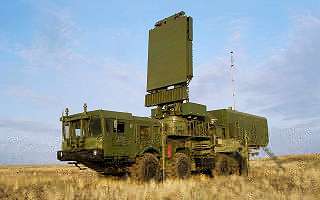 “96L6E “Cheese Board” is a 3D early-warning and acquisition radar operating in C-Band designed to replace the 36D6 “Tin Shield B” and 76N6 “Clam Shell”. It is used in conjunction with the SA-10 “Grumble” (S-300) and SA-21 “Growler” (S-400) theatre defence missile systems. Three operators are needed to run the set. Up to five operator consoles are provided.”

Shut up already you fool, we are not going anywhere and no S-300 will change that.

I never said that you were. Abolishing Israel and Judaism doesn’t necessarily mean that post abolition former Jews have to go anywhere. It all depends on how you conduct yourselves and what others want or will agree to.

The end of Israel and Jews is putting an evil ideology and cult behind us. It doesn’t have to involve killing people unnecessarily.

well said. if they are willing to live in peace with all other people, no problem. But thinking to be the superior race, the chosen ones makes something with their brains.

It looks like your evil cult masters are rolling out the omnicide of humanity. It’s time to get rid of Judaism. It’s by far a net negative for humanity.

“Shut up already you fool”

Silly idiot boy child, stop seeking attention. You are classified as worthless. Most teenagers your age have girlfriends not spend their whole miserable lives on the internet. 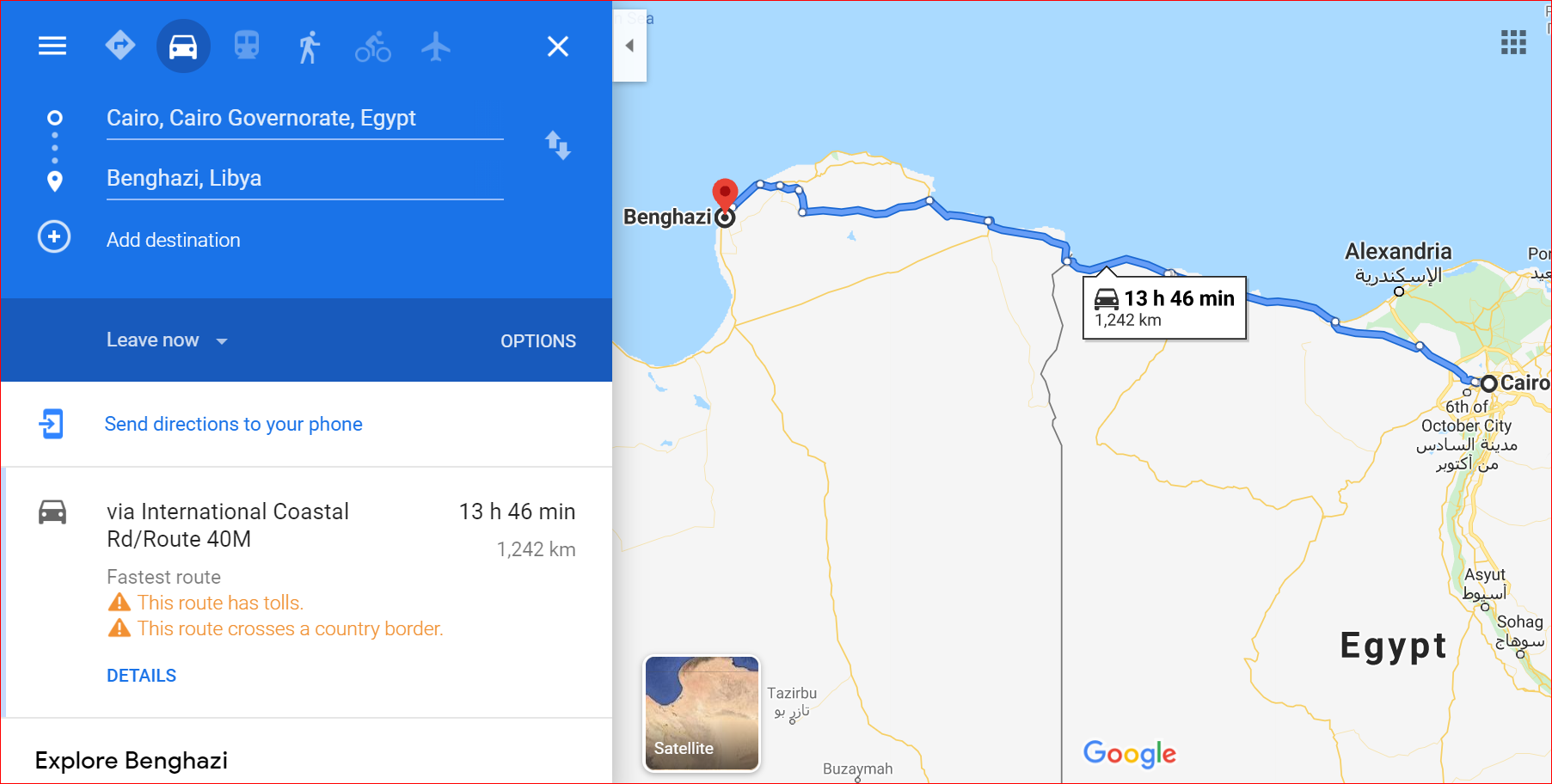 “In August 2012, Israel agreed that Egypt could deploy additional forces, including attack helicopters, in the northern Sinai to combat militants who had carried out an attack on Egyptian border guards that left 16 dead.[6][7] Later that month, Egypt moved additional heavy weaponry into the demilitarized zone without Israeli approval, in violation of the peace treaty terms.[7][8] Egypt said that the deployment of these troops and weapons was in keeping with agreements reached with Israel in 2011.”

Perhaps the purpose of the presence of Egyptian soldiers in Syria could be the acquisition of the S-300 systems and their transport together with the learning of the use, or perhaps this will be directly entrusted to Syrian personnel, in any case this, as underlined by RichardD, could become a virtuous development of what was once Panarabism, we will see where all this can lead but it is still good news if confirmed. 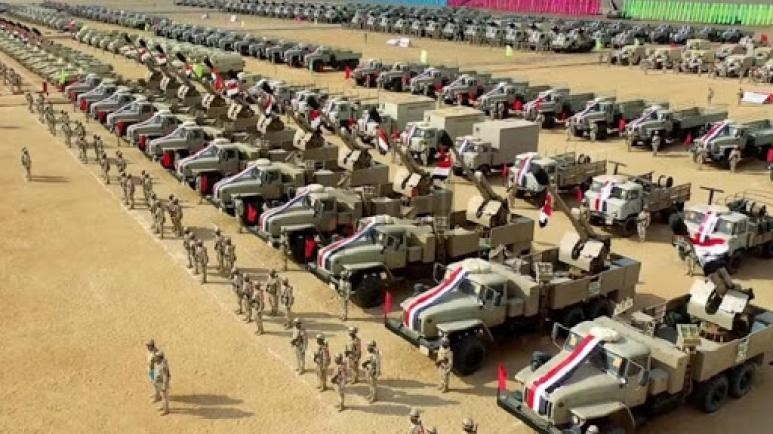 – Egypt’s military is the 9th strongest in the world, jumping three places in 2019 –

Not if they’re in a coalition with Russia. Even Iran may already have a missile deliverable fission device.

This strength is taken out from numbers: personnel, tanks, aviation etc. There is no such parameters as organization and morale, communication, radio-electronic suppression systems (electronic warfare), quality of weapons. T-90 is much better than T-55, but it’s 1 unit on paper. Many units are just reserves and not battle ready. Thousands tanks on paper can be few hundreds in reality.

Yes. This 9th place info is taken from Global Firepower website, which only makes comparisons with numbers, without any ather factors. As you said, for them T-55 is the same as K-2 Black Panther…
Military Watch Magazine does a better comparisons, which take into account types of equipement, not just numbers: https://militarywatchmagazine.com/forceapp/countries/

My preferred source: http://bastion-karpenko.ru
It’s on russian, but you can read. Or just watch photos.

The Egyptians don’t have he type of experience that the Syrians do. How effective they’d be in combat against a national military is unknown. I’m assuming that the quality of their training is adequate. All militaries have active duty vs reserves ratios. There are breakdowns online of Egyptian military equipment showing that it’s well stocked with modern equipment. And has a lot of usable dated equipment in storage. The sites making the assessments are run by military experts. If you disagree with their conclusions based on the issues that you’ve raised. You can provide evidence supporting your perspective.

I skimmed the text of this treaty. If there’s anything in there prohibiting third party military transport across the Sinai, I didn’t see it.

What is the actual value of any kind of treaty between Israel and any given country at any given time.
Zionist Khazars are deliberate pathological liars. They taught US Government. 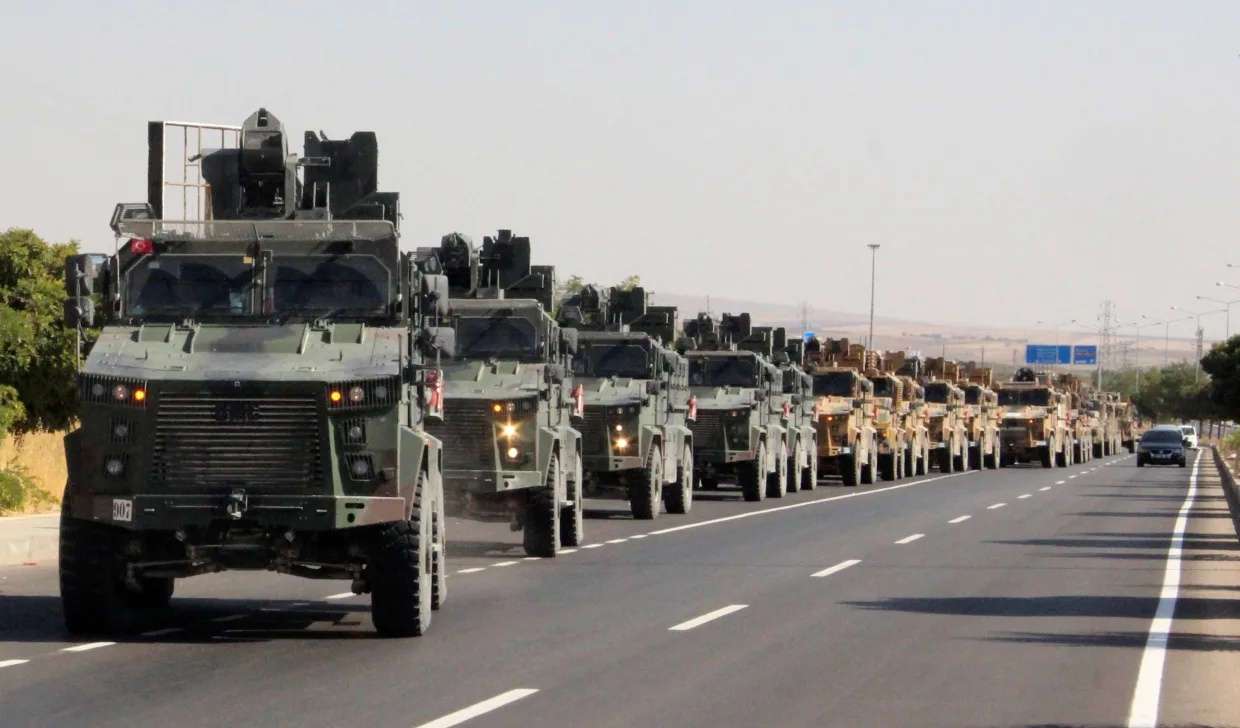 What a target for an airstrike,why wasn’t it bombed?

Because the zioKurds are a problem, and the Turks pushed back the US and opened up Syria east of the river for the Syrian government coalition. The Turks now have all of the Kurdish majority areas in Syria. Which are all on Turkey’s border. Bracketed with occupation zones. So that they don’t set up Israelistan KRGll in Syria. Which is now never going to happen thanks to the Turk’s deployment.

I can’t make anything out of such bad images.
But one of the radars looks like an old soviet ST68U “36D6”, but the pictures are in such bad quality to say anything.

Shouldn’t they be in Lebanon and Syria?

fake media claims there is an internationally recognized govt in Libya—the GNA UN mandate expired in 2017—the USA/UK France invasion of Libya aimed to destroy a civilized independent nation that enjoyed universal health care, state paid university education—the amerikans, envious of civilized peoples prefers to murder civilians but will not reform its ubiquitous domestic violence, crime, rape, mental illness, obesity and stupidity….as Fromm observed the danger previously in USA is that everyone would be slaves as Philip Slater, Chomsky, Postman, etc describes amerikans—the danger is now that everybody has become robots as Riesman, Koestler, etc described amerikans